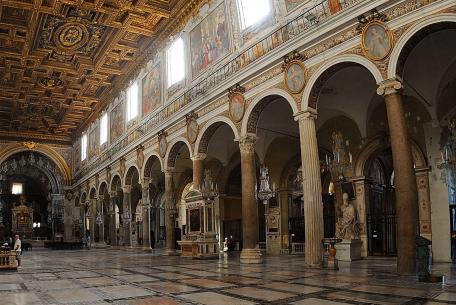 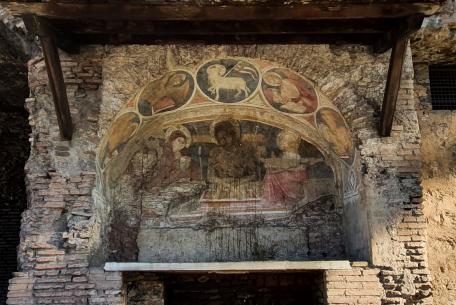 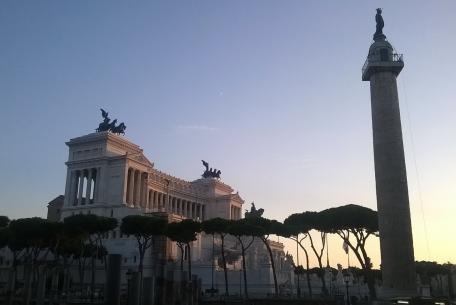 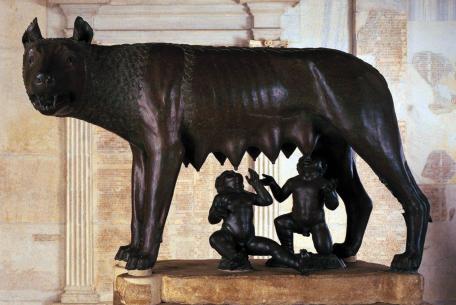 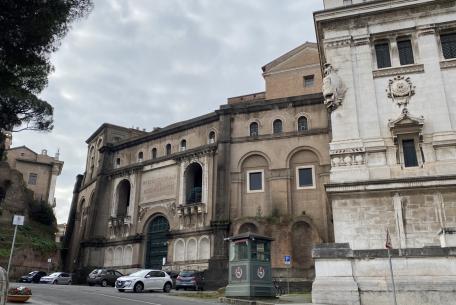 Located inside the Monument to Vittorio Emanuele II, in Piazza Venezia, the Central Museum of the Risorgimento was built in 1935 and inaugurated in 1970. 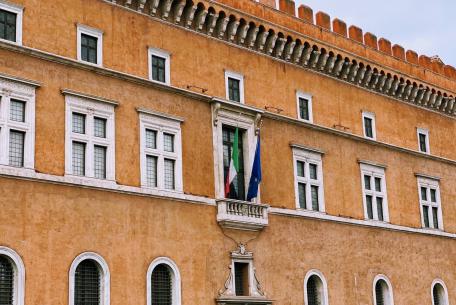 The Museum of Palazzo Venezia is located in the famous palace that was the residence of the Venetian Pietro Barbo, the future Pope Paul the Second (1464-71), and h 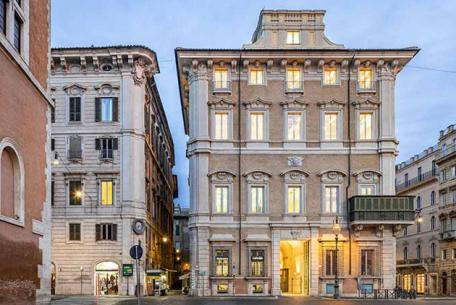 Between 1657 and 1677, the architect Giovanni Antonio De Rossi designed the sumptuous palace in Piazza Venezia on behalf of the marquises D'Aste, projecting a faca 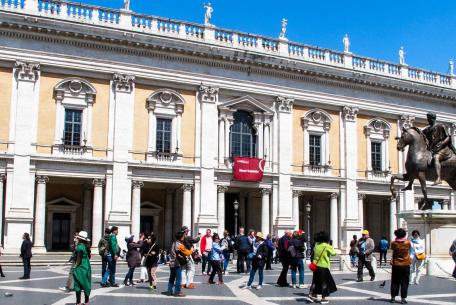 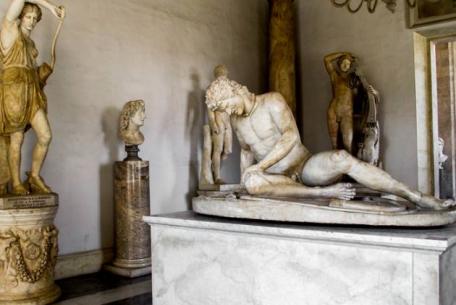 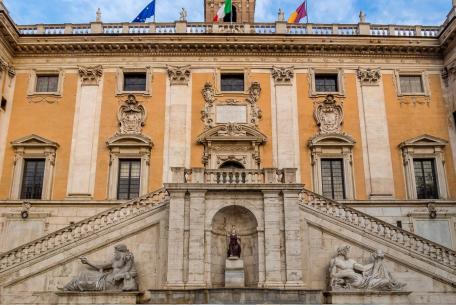 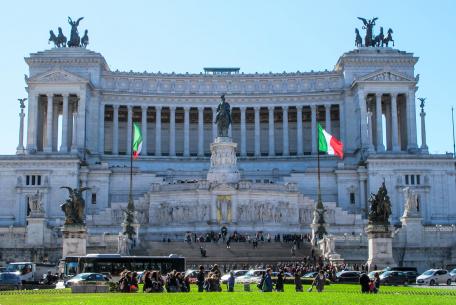 The area that includes the Campidoglio Hill and Piazza Venezia is one of the best known in Rome, thanks to the high density of archaeological sites and museums. Among these, we can mention the Roman Forum and the Imperial Fora, the political, legal, religious, and economic centre of the ancient city of Rome, Palazzo Senatorio, Palazzo dei Conservatori, Palazzo Nuovo, and the Vittoriano.

Situated on the Capitoline Hill (Capitolium), Piazza del Campidoglio is the delicious fruit of the genius of Michelangelo Buonarroti. Its history started when Emperor of Spain Charles V came to Rome in 1536. Given the severe state of neglect in which it was, the great Florentine architect, sculptor, and painter completely reconstructed it. He began with an elegant podium for the equestrian statue of Marcus Aurelius, located in the center of the hill in 1537.

In 1546, Michelangelo revisited Palazzo Senatorio and Palazzo dei Conservatori and began the construction of Palazzo Nuovo, which, since 1471, together with the other two palaces, constitutes the principal nucleus of the Capitoline Museums, the oldest public museum in the world. Begun with the donation to the Roman people by Pope Sixtus IV of a group of bronze statues preserved until then at the Lateran, today the museum houses works from excavations in the city, in the Vatican, or specifically purchased artworks. Since the end of the 19th century, when Rome became the Capital of Italy, the finds coming from the excavations and construction of new districts enriched the collections.

On the southern side of the hill is the Tarpeian Rock. From the top of this cliff, murderers, traitors, perjurors, and slaves, were launched in the Roman Forum.

A little curiosity: on the Capitoline Hill stood the most important temple of ancient Rome, dedicated to the Capitoline triad composed of Jupiter, Juno, and Minerva. According to legend, below the temple is an invaluable treasure. Unfortunately, no one has ever found it despite the research and demolitions that have affected the area.

Leaning against the east side of the Vittoriano, on the highest point of Capitol Hill stands the splendid Basilica of Santa Maria in Ara Coeli; from the top of its staircase, you can enjoy a beautiful view of Rome on the domes of Sant'Andrea della Valle and San Pietro. The basilica is famous for the Holy Child. According to tradition, the sculpture comes from the olive trees wood of the Mount of Gethsemane. The Little Child, loved by the Romans, was given miraculous powers, such as raising the dead and healing the seriously ill.

At the base of the basilica is the Insula dell'Ara Coeli, an ancient Roman condominium consisting of houses for rent.

The ideal link between Piazza del Campidoglio and Piazza Venezia is the Cordonata: a true condensate of history on which are placed works of various eras.

Natural antechamber to the most beloved antiquities of Rome, Piazza Venezia is enclosed between Via del Corso and Via dei Fori Imperiali. Its name originates from the 15th-century palace built by Cardinal Pietro Barbo. He donated it to the Republic of Venice, which made it the seat of its embassy, which is why it is still called Palazzo Venezia. It houses the National Institute of Archaeology and Art History, and the National Museum of Palazzo Venezia, preserving works of diverse nature and from different eras.

A part of the building includes the Basilica of San Marco, whose exterior houses the bust of Madama Lucrezia, one of the famous Roman talking statues.

Piazza Venezia derives its current form from the reconstruction of the area, which took place between the 19th and 20th centuries, for the construction of the beautiful Monument to Vittorio Emanuele II, often irreverently compared to a typewriter or even a wedding cake. The work of Giuseppe Sacconi, also known as the Altare della Patria, the Vittoriano was begun in 1885 and finished by Gaetano Koch, Manfredo Manfredi and Pio Piacentini in 1911. Its architectural structure represents an ideal ascending path that, through staircases and terraces, enriched by sculptural groups and bas-reliefs, rises to the pompous colonnaded portico surmounted by the bronze quadrigues, allegories of the Unity of the Fatherland and Freedom. In 1921, inside the crypt designed by Armando Brasini, the body of the Unknown Soldier was buried. Inside the Vittoriano is the Central Museum of the Risorgimento, which houses precious relics telling the story of the characters and events that led to the unity and independence of the country, and the Shrine of Flags, guarding the flags of the Italian Army.

On Piazza Venezia is also Palazzo Bonaparte. Here lived from 1818 until her death, "Madame Mère," Maria Letizia Ramolino, the mother of Napoleon Bonaparte. From the characteristic green balcony, Letizia Bonaparte observed the coming and going of the carriages and the lively city life. The elegant roof terrace of the palace, dominated by the inscription "Bonaparte," was the nobles' favourite tower from which, at sunset, admire the splendid view of the centre and enjoy the healthy evening breeze. Today, this beautiful building is a prestigious space dedicated to art and culture.

Do not miss a visit to the nearby Piazza Margana, a hidden jewel of medieval Rome.