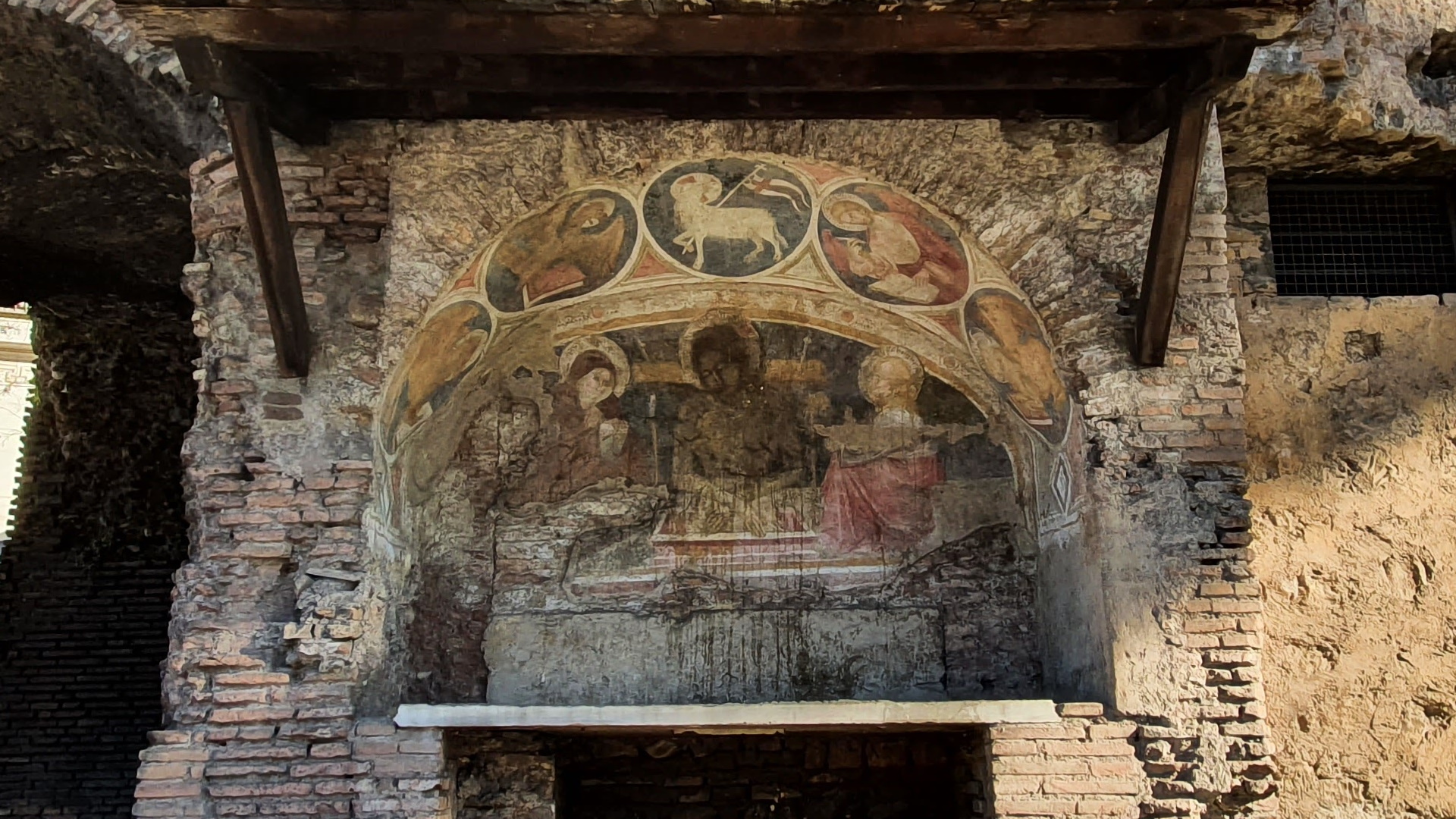 Located below the Campidoglio Hill and the steps of the Basilica of the Ara Coeli, the magnificent Insula of the same name was an ancient Roman condominium.

Dating back to the 2nd century AD, today it represents a rare example of a rented house from the imperial era. At the end of the Republican age, the term insula indicated a rented house, while the Domus was a property house with an atrium and a peristyle.

The increasing population of Rome, the subsequent need of houses, and the lack of land led to the construction of tall buildings such as the Insula of the Ara Coeli, which consisted of at least five floors. It was discovered during the demolition works that affected the area in the 1930s when it was decided to dismantle and rebuild the baroque church of Santa Rita da Cascia between the Theater of Marcellus and Piazza Campitelli. A Romanesque bell tower and an arcosolium decorated with a 14th-century fresco were also found. They belonged to the Church of San Biagio de' Mercato transformed into the church of Santa Rita, during the 17th century, on a project by Carlo Fontana.

If you look down from the street, you can see the original street level and the large portico arches which housed shops and laboratories. On the ground floor, the tabernae, the upper floor, and the mezzanine, house of the taberna owner. The floor corresponding to today's street level was the ancient second floor, or the so-called piano nobile consisting of spacious and bright rooms, generally rented to upper-class families. The upper floors, on the other hand, were made up of small and cramped apartments, rented to families with little financial means. About 380 people were housed in the insula.

For individual visitors, who must also make a reservation at 060608, individual visits are also possible according to a schedule specified on the page >
Monumenti del territorio

Partly visible from the outside, next to the steps of the Ara Coeli. 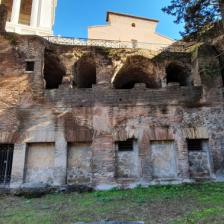 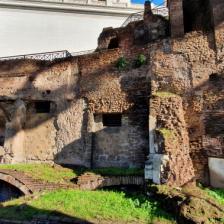 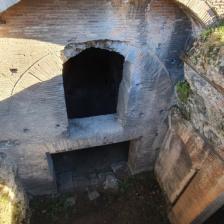 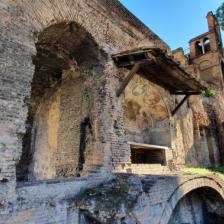