Tivoli and its Villas | Turismo Roma
Skip to main content

Tivoli and its Villas 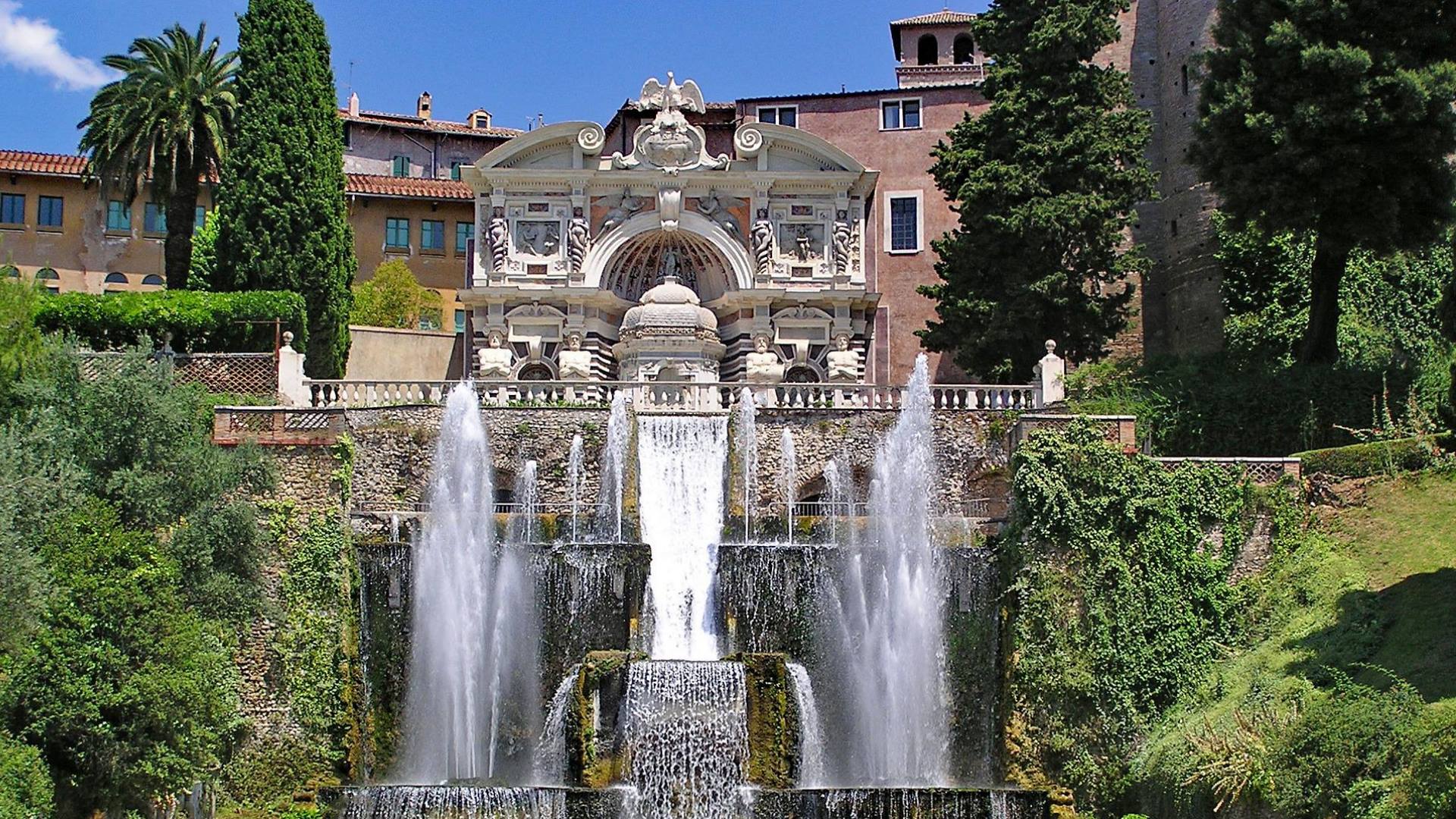 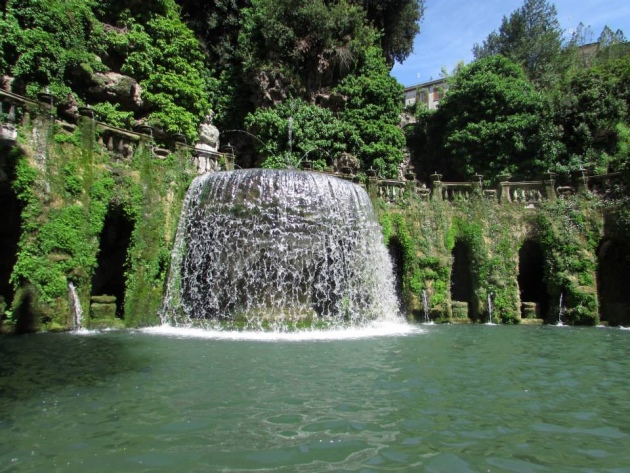 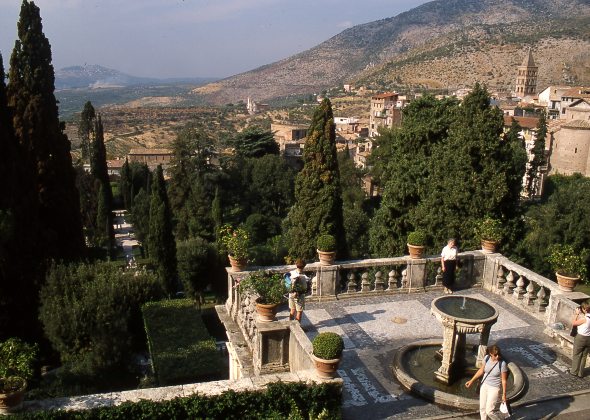 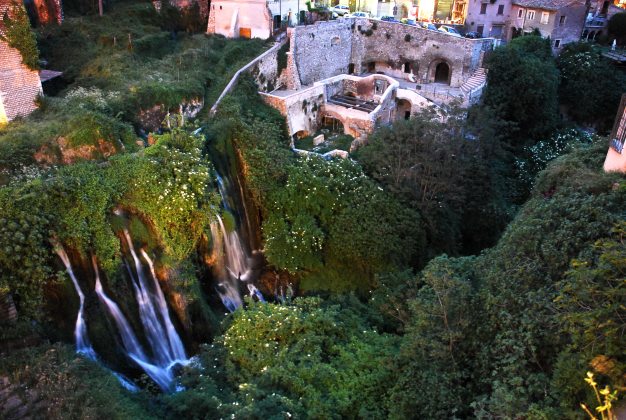 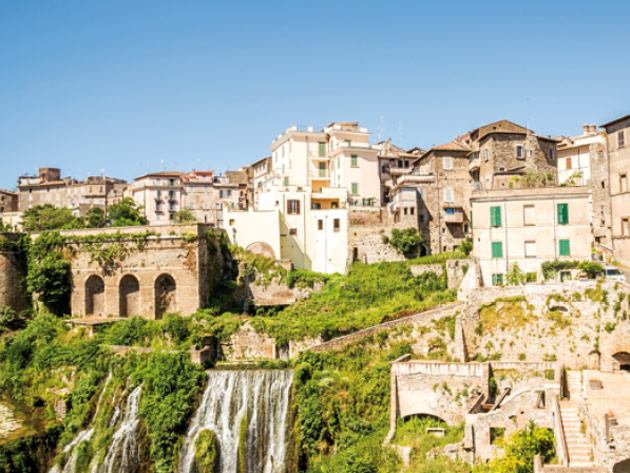 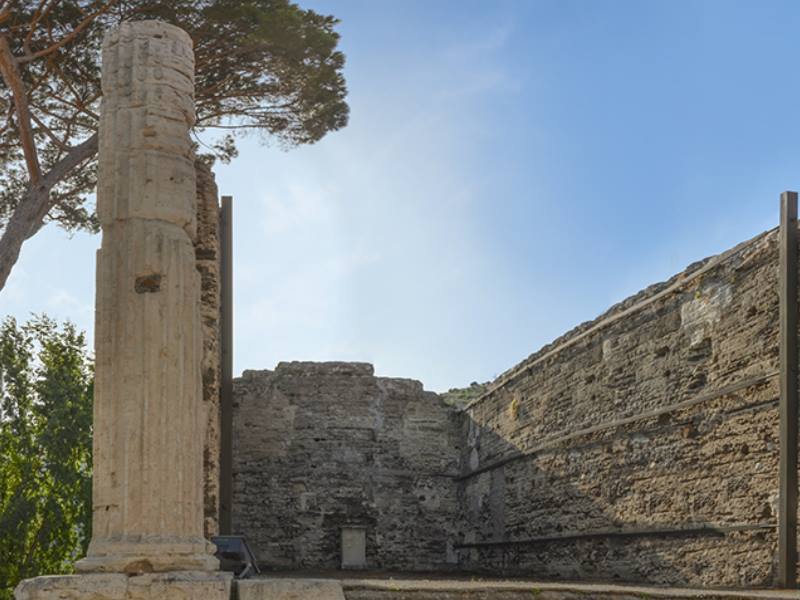 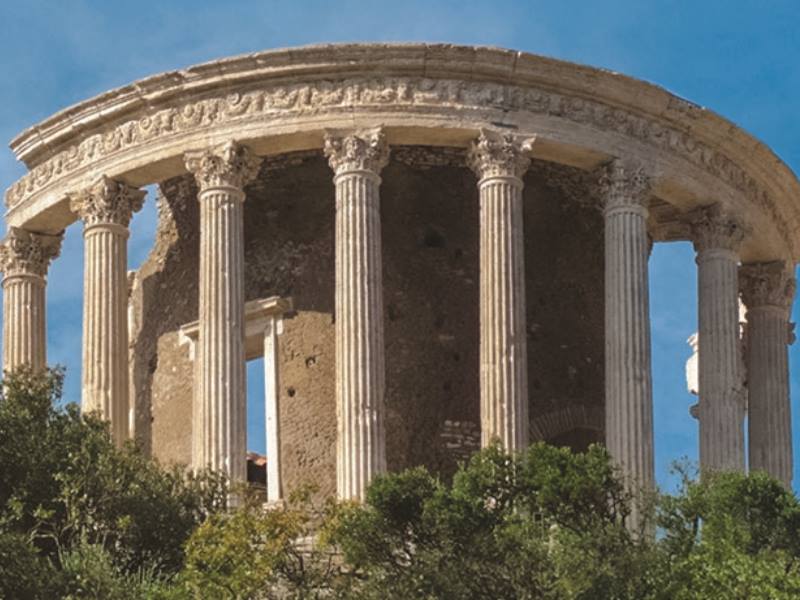 Discover the amazing city and its magnificent villas

The ancient Latin city, called Tibur, developed in the Archaic period on the left bank of the Aniene as a place of confluence of local populations for commercial activities. Located at the foot of the Lucretili Mountains, it is framed by nature of extraordinary beauty, ideal for walks and excursions.

During the Grand Tour, the city was a privileged destination for novelists, painters, poets, and musicians. They completed their cultural formation and sought inspiration from its works of art, monuments and landscapes.

In addition to the famous villas listed by UNESCO as World Heritage Sites, Tivoli houses splendid buildings of worship, such as the Church of Santa Maria Maggiore, the Cathedral of San Lorenzo, the 14th-century Church of San Biagio, the Church of San Pietro alla Carità in Romanesque style and the Church of San Silvestro from the 12th century. Outside the historic centre is the suggestive Sanctuary of the Madonna of Quintiliolo, dedicated to the sacred image of the Virgin Mary, whose 13th-century icon is still venerated by the citizens.

Near the Cathedral of San Lorenzo is the Mensa Ponderaria, the weights and measures control office inside the Forum in ancient times. Don't miss a walk along Via della Sibilla to admire the remains of the Temples of Vesta and Sibilla.

There are also the famous Albule thermal baths in the area, so-called because they are fed by a natural source of sulphurous waters with anti- inflammatory properties.

It is one of the most important Roman architecture complexes in the world, located not far from Rome. Villa Adriana was built by Emperor Hadrian around 126 AD as his official residence. Subsequently left abandoned and subject to raids during the barbarian invasions, it was recovered thanks to extraordinary restoration work starting from the 19th century. A pleasant route allows you to explore the area and the various buildings that entirely make up a small town as a whole.

It starts from the swimming pool of the Pecile to reach the different thermal baths characterised by various environments designed to house water tanks at different temperatures. The heart of the villa is the magnificent nymphaeum of the Canopo for the banquets during the hot summer days, and the nearby Museum where the most important finds are kept. Continuing with the itinerary we find the palaces that housed the imperial family as well as the lodgings for the slaves and for the Praetorian Guards.

The so-called Maritime Theatre was reopened after a lengthy safety intervention. It is a circular building surrounded by a water channel to form a sort of island that was probably used for outdoor shows.

Built at the behest of Cardinal Ippolito II d’Este, who was appointed Governor of Tivoli in the mid-16th century, the Villa is an outstanding example of Renaissance architecture built on two floors with rooms frescoed by the best Mannerist painters.

The visit starts from the rooms on the main floor featuring family crests and mythological scenes, linked to the origins and history of the city of Tivoli. On the lower floor there is the most sumptuous setting, the Salone della Fontana, used for parties and banquets, frescoed by Girolamo Muziano and decorated with a real rustic-style fountain.

Coming out of the Italian garden, the path begins outdoors and winds around numerous monumental fountains characterising the garden. Thanks to the innovative engineering project of Pirro Ligorio, the villa was connected to a subterranean water source that fed the fountains without mechanical devices but using only the gravity and the slope of the ground. Following the avenues bordered by the box hedges, you will find the Bicchierone, the Ovato Fountain and the Dragon Fountain, as well as the Hundred Fountains and the spectacular Organ Fountain which will enchant you with renaissance melodies.

Commissioned by Pope Gregory XVI around 1834, Villa Gregoriana is a fascinating nature park dotted with archaeological and architectural evidence of various eras mixed with natural and artificial waterfalls, caves, terraces and panoramic views.
The property is managed by the FAI (Italian National Trust) which, after having directed the long and complex project of recovering the area, is responsible for its continuous maintenance. From March to December the villa opens its evocative routes to the public, offering the unmissable opportunity to admire a typical scenario of 19th-century romantic culture. Guided visits are organised for adults and children, as well as a rich program of cultural events. The visit is suitable for all ages, with an average duration of about an hour and a half, and within the park there are services, a cafeteria and bookshops.

On the ancient acropolis of the city, there are the two famous temples of Vesta and Sibilla.

On the rocky edge overlooking the valley of the falls, stands the Temple of Vesta, a small round-plan temple dating back to the 1st century BC. It was probably dedicated to Vesta, goddess of the hearth, whose cult was entrusted to the Vestal Virgins, or to Tiburno, the hero who would have given the city its name. It preserves ten of the 18 Corinthian columns of the annular ambulatory; a small apse was added in the Middle Ages in the central cell. Over the centuries, it was the subject most portrayed by the artists who arrived in Tivoli for the Grand Tour.

Located on the highest point of the acropolis of Tibur Superbum, the current Tivoli, the Temple of Sibilla has a characteristic rectangular shape, which kept two of the original four Ionic columns on the front. Built around the 2nd century BC, today it offers a breathtaking view, both from the Piazza del Tempio di Vesta and from the Gregorian Bridge, a suggestive architectural "walkway" in travertine with a unique arch.

Sanctuary of Hercules Victor in Tivoli

Together with those of Gabii and Palestrina, it was part of the great sanctuaries with theater-temple in Lazio, and was one of the most important sacred complexes of Roman republican architecture.

Built in the 2nd century BC, it was dedicated to the patron god of ancient Tibur. It was a scenographic structure of imposing dimensions, built with a series of terraces overlooking the Aniene river, along an ancient transhumance route which later became the via Tiburtina. The road, which was in fact incorporated into the complex, crossed it in a monumental masonry gallery (the so-called Via Tecta).

The sanctuary, with a rectangular plan (188 x 140 m), measured 3000 m2 and was divided into three main buildings: the theater, which exploited the natural slope of the land and could hold up to 3,600 spectators, a large square bordered by arcades and the temple itself. The terraces, arcades and colonnades formed a majestic scenography around the temple which rose on a high podium.

The life of the sanctuary continued until the fourth century. AD, but the definitive abandonment dates back to the first half of the sixth century, when, during the Greek-Gothic war, Tivoli was conquered by Totila, king of the Ostrogoths. The temple, in a state of neglect, gradually became a quarry for materials and turned into agricultural land. 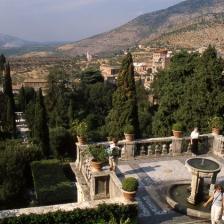 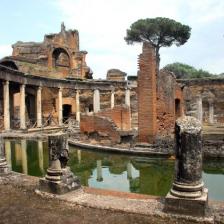 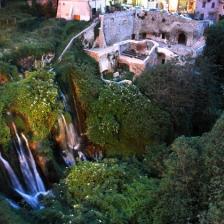 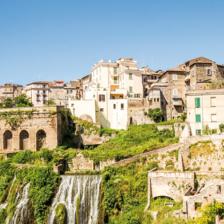 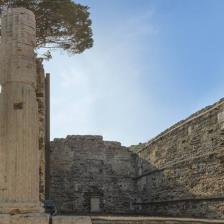 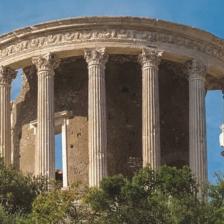