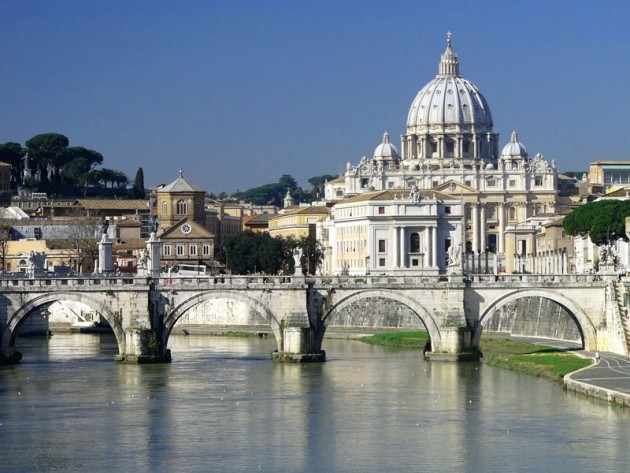 Rome, in addition to being one of the symbolic cities of love, is the cradle of spirituality, home to the Vatican City State, and featuring a unique artistic and religious heritage.The thousand churches, spread all over the Capital, preserve, like treasure chests, masterpieces of art that with their history and enviable position represent the dream place where to swear a love oath.

From the small jewel churches of the historic center to the great basilicas, rich in paintings, statues and mosaics, valuable testimonies of the work of the greatest and most celebrated artists, we highlight some of the future spouses favorite ones:

Rome is synonymous with hospitality and a melting pot of cultures, traditions and religions. Everyone can realize the dream of getting married in the Capital, according to their religious beliefs.

Along the Tiber, in the heart of the City is the Great Temple, historic building and one of the largest Synagogue in Europe, built between 1901 and 1904. Masterpiece of  Eclectic style, the Synagogue has a façade with Jewish symbols, such as the seven branched Menorah, the Tablets of the Law, the Star of David and the palm branch. On the official website of the Jewish Community of Rome, it is possible to find all the information about the synagogues of Rome and the various rites.

The marriage with Islamic rite consists in a simple procedure in which the two spouses recite the formulas of mutual acceptance. The celebrations conform to the traditions of the respective communities and take place in the intimacy of the family, with relatives and friends.

The marriage or the blessing according to the Anglican rite can be celebrated in the enchanting church of St. Paul within the Walls, the first non-Catholic temple in the city and an extraordinary realization of sacred art of the late 19th Century Rome; or at the All Saint's Anglican Church, a delightful neo-Gothic style English church, decorated with Italian polychrome marbles and pink stones from Arles.

In the churches of St. Nicholas the Wonderworker and St. Catherine Martyr, a delightful building in traditional Russian style inside Villa Abamelek, residence of the Russian Ambassador, it is possible to seal your commitment according to the Russian Orthodox tradition.

For a ceremony according to the Waldensian evangelical rite, the Valdese Evangelical Church, located in Piazza Cavour (Prati district), is a charming neo-Romanesque building, with Liberty style decorative elements. The Chiesa Valdese of Via IV Novembre, also of neo-Romanesque architecture with neoclassical interiors, is a stone's throw from the magnificent Trevi Fountain.

The Evangelical Lutheran Church of Via Sicilia, in the Ludovisi district, is the ideal place for the Lutheran evangelical wedding. A little curiosity: during the excavations for its construction, begun in 1910, an obelisk belonging to the Villa of Sallustio (the so-called Horti Sallustiani) was found. Today, that same obelisk is located in front of the Church of the Santissima Trinità dei Monti that surmounts Piazza di Spagna.

In a huge square made of marble and travertine, conceived as a Roman Forum, and embellished with fountains and water features, green areas, flower beds and ancient olive trees, is the spectacular Church of Jesus Christ of Latter-day Saints, the sumptuous and brand new temple dedicated to the members of Joseph Smith’s Church. On the day of their "Sealing”, the young couples are welcomed in this richly decorated complex among precious polychrome marbles, suggestive decorative windows, hand-carved carpets that recall the architectural design of Piazza del Campidoglio, 200 chandeliers made with Murano glass, for a total of over 30 thousand pieces. 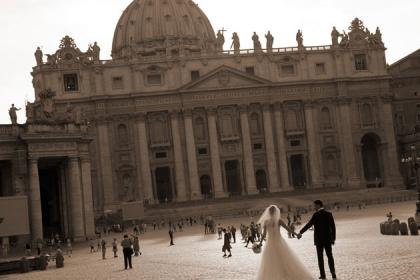 Rome is the perfect choice for a romantic and refined wedding, enriched by a millenary history 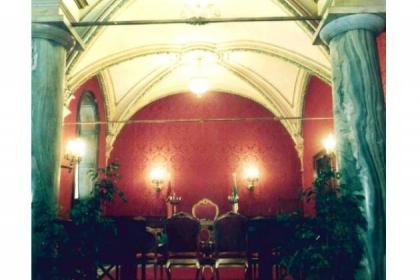 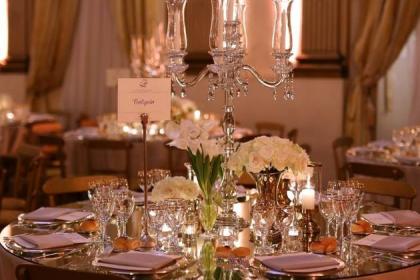 Where to party
TAG
Hochzeit