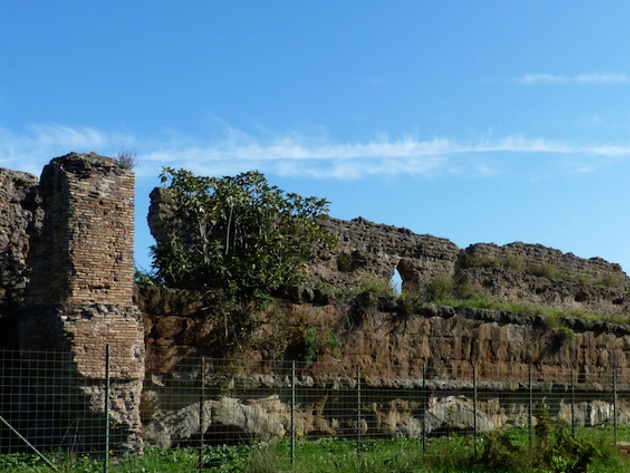 The Marcio aqueduct was one of the longest Roman aqueducts and was built by the praetor Quinto Marcio Re in 144 BC. The springs are located in the upper Aniene valley, near Arsoli, and since ancient times the Aqua Marcia enjoyed a reputation for excellent water.

Long sections of the aqueduct were used and destroyed to build the Felice aqueduct; its arches are still visible in Tor Fiscale, at Mandrione and between Porta Maggiore and Porta Tiburtina.

The Aqua Marcia underwent major restoration works by Agrippa in 33 BC. and of Augustus between 11 and 4 BC: the latter in particular enhanced the flow of the conduit by capturing a new source called Augusta. The restorations of Augustus are remembered on the attic of Porta Tiburtina, where subsequent ones carried out by Titus in 79 AD are also mentioned and by Caracalla in 212-13.

With the construction of the great baths of Diocletian, fed by the Marcia water, it was necessary to build an additional canal. Restorations from that period can be found along the conduit, while epigraphic sources also document interventions made by Arcadio and Honorius.

Marcia water reached 10 regions; the Celio and the Aventine were fed by the rivus Herculaneus, which detached from the main branch just before Porta Tiburtina and reached Porta Capena through an underground conduit.