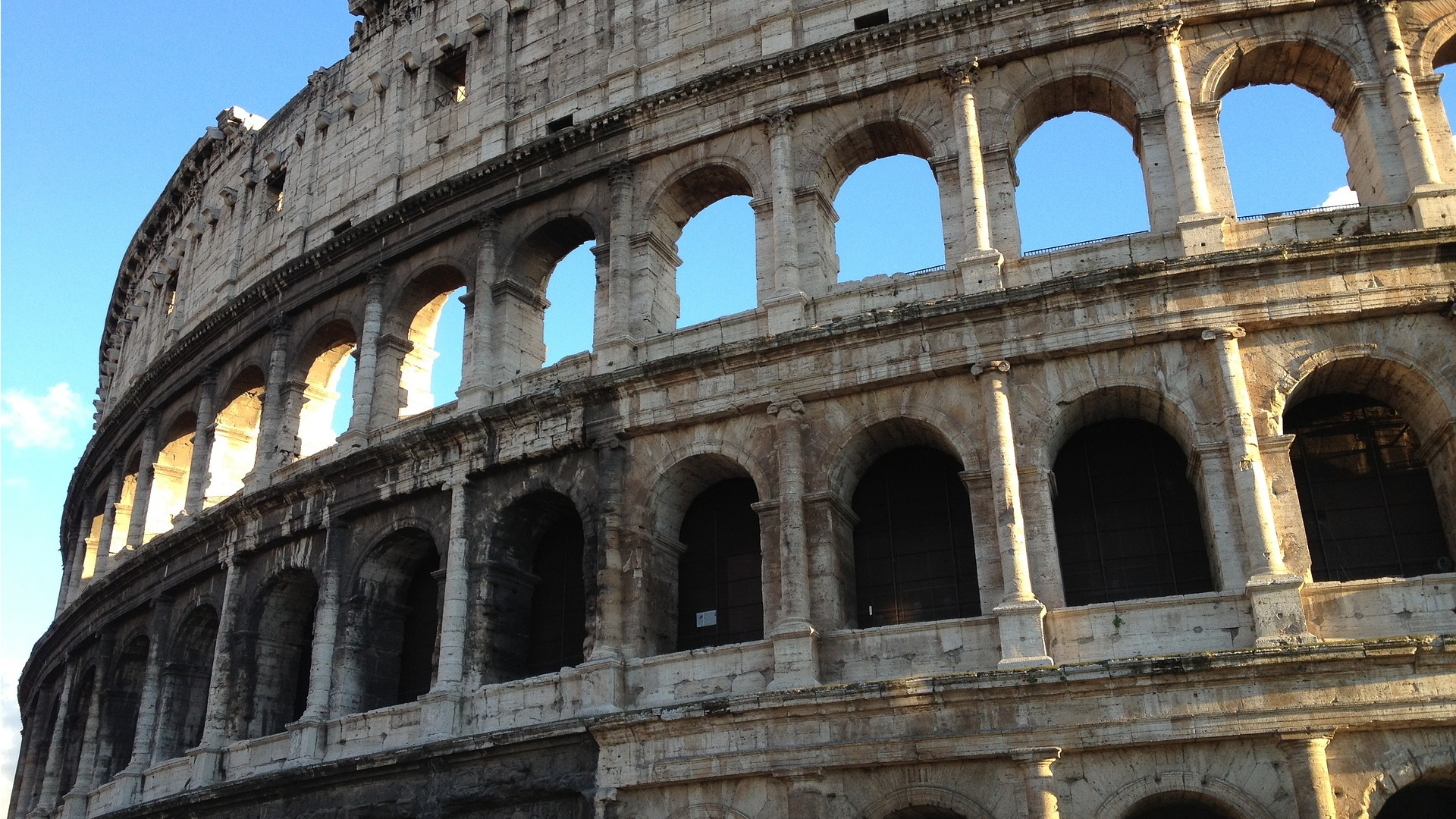 Established in 1921 after the subdivision of Rione X - Campitelli, Rione XIX - Celio takes its name from Celio Vibenna, the Etruscan leader, who in the 6th century BC, together with his brother Aulo, conquered Rome and chose to live in this area.

In ancient times, the Celio hill, on which the district extends, was called Querquetulano, as it was entirely covered with oaks. In the Republican age, however, the area was dotted with luxurious patrician villas and took on the vocation of a residential area that it still maintains.

Today, the district hosts many private homes, hotels, B & Bs, restaurants, and clubs that make it a lively and welcoming neighborhood. Here, you can relax after the demanding visit to the Flavian Amphitheater, universally known as the Colosseum, the world's most famous monument.

Among the monuments, archaeological remains and the most representative religious buildings of the district is the majestic symbol of the greatness of Rome, the Flavian Amphitheater, which for almost two thousand years has told an uninterrupted history of charm and magnificence, the Arch of Constantine, the largest of the three triumphal arches still preserved in Rome erected in 315 AD to celebrate the victory of Emperor Constantine over Maxentius in the battle of Ponte Milvio, the Roman Houses of the Celio Hill, the extraordinary archaeological complex that contains over four centuries of history and testifies to the passage and coexistence between paganism and Christianity, the Basilica of the Santi Quattro Coronati, an actual medieval fortress in the center of Rome and one of history, art, and spirituality richest monuments in the Capital, Villa Celimontana, a delightful park full of gardens adorned with ancient sculptures, fountains, bitter oranges, and the obelisk Egyptian of Ramses II, the Fountain of the Navicella, which takes its name from an ancient Roman galley of which it is the miniature representation, Porta San Sebastiano, the largest and best preserved door set in the Aurelian Walls from which the Appian Way, the regina viarum (the queen of all roads), departs.

Built to be an emblem of imperial power, the Colosseum was intended for fighting, games between gladiators (munera), simulations of hunting wild and exotic animals (venationes), and naumachia (naval combats). It is 189 meters long, 156 meters wide, and is over 48 meters high. The Flavian Amphiteatre covers an area of 24,000 square meters and could accommodate about 50,000 spectators. The arena measured 76 meters by 46 meters. Its basement, where preparations for the performances took place, concealed complex stage machinery of death where everything worked perfectly. Men and gears interacted in unison: several hatches opened, and men and beasts, lifted by 28 wooden and rope hoists through a complex system of winches, appeared by surprise on the arena.

The Colosseum was built precisely above the immense lake that adorned the lush gardens of the Domus Aurea, Emperor Nero's magnificent villa as if to erase his memory.

The rione coat of arms depicts the profile of an African wearing a headdress in the shape of an elephant's head. It is adorned with golden ears and has a silver background. Probably, the image can be traced back to the legionaries of Consul Scipio the African, who encamped here. A bust depicting an "African" was found in the area and is now in the Capitoline Museums. 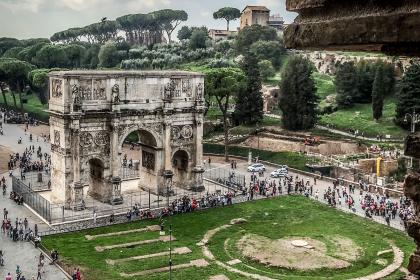 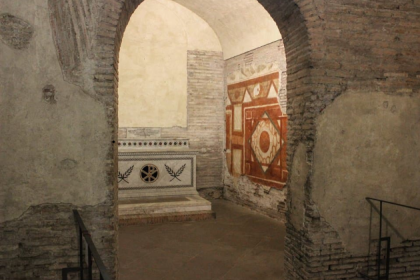 Basilica and Complex of the Santi Quattro Coronati
Churches and Basilicas 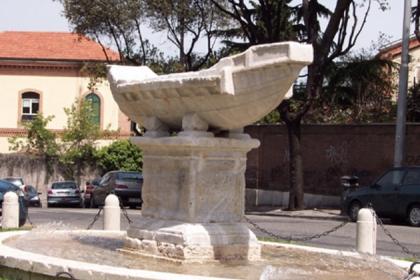