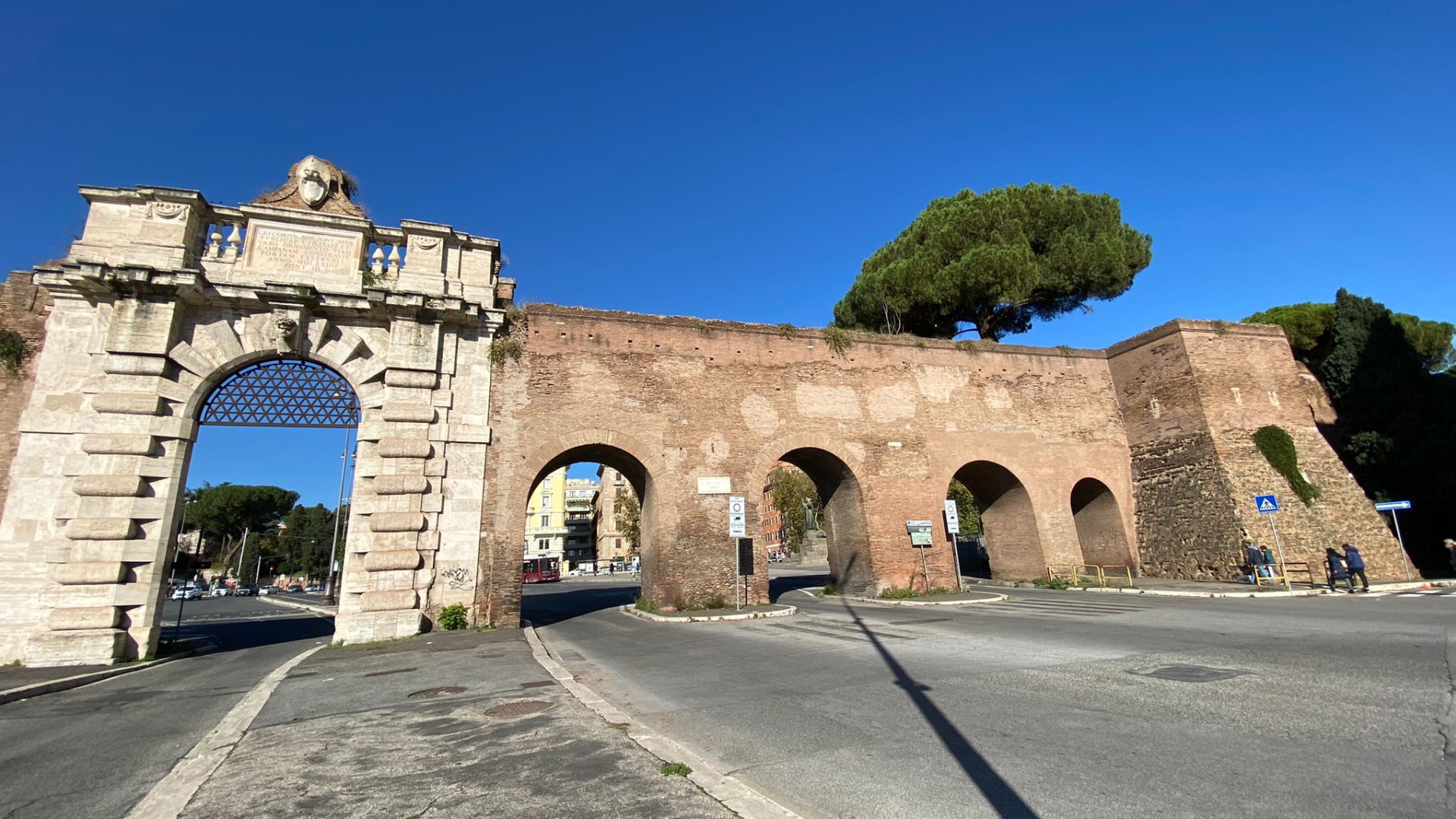 The Aurelian Walls still surround the historic centre of Rome and are among the longest and best preserved ancient walls in the world.

They were built between 270 and 275 century AD. at the behest of Emperor Aurelian, to defend the capital from the threat of invasions by the Germanic populations who were pressing on the borders of the Empire; the new city walls replaced the ancient Servian walls of the 6th century BC. now out of use, submerged by the expansion of the imperial city. The works, begun in 271, were completed by the emperor Probus (276-282 AD).

The brick walls have a total length of about 19 kilometers and are equipped with a square tower every thirty meters (one hundred Roman feet). The height is about 6 meters, the thickness of 3.5 meters; The most important doors had two arched entrances, with travertine facing, framed by two semicircular towers. Other gates had a simple arch while the more modest ones were inserted between the square towers of a stretch of wall.

Some large buildings were also incorporated into the enclosure, such as the camp of the Praetorians, the Castrense amphitheater, the Pyramid of Cestius, the enclosing wall of the Acilii gardens - that is, the "Muro Torto" - and some sections of aqueducts.

The wall system was restored and reinforced several times over the centuries: in the years 401-402, for example, under the emperors Honorius and Arcadius, its height was doubled and the previous patrol path was replaced by covered corridors; above a new open walkway with battlements was created, where the war machines were. Further restorations of the sixth century are due to the Byzantine general Belisario, in the period of the Gothic wars.

In 2020 the new artistic lighting created by the Municipality of Rome and Acea was inaugurated, in which the old lighting points were replaced with the latest generation LED lighting bodies. The new lighting project has reconstructed the urban night backdrop of the Roman walls with the installation of 78 recessed projectors, dedicated to the walls of the ancient city walls and 47 step markers for the illumination of the pedestrian paths within the Park, on the stretch that goes from piazzale Metronio to via Numidia.

Photo credits: Courtesy of the Municipality of Rome Archive 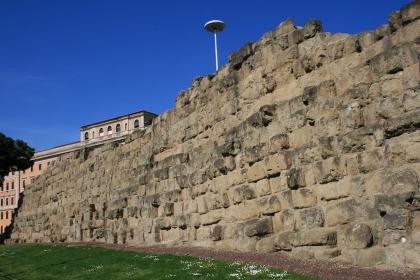