August in Rome. Key dates and events (today as in the past) | Turismo Roma
Skip to main content

August in Rome. Key dates and events (today as in the past) 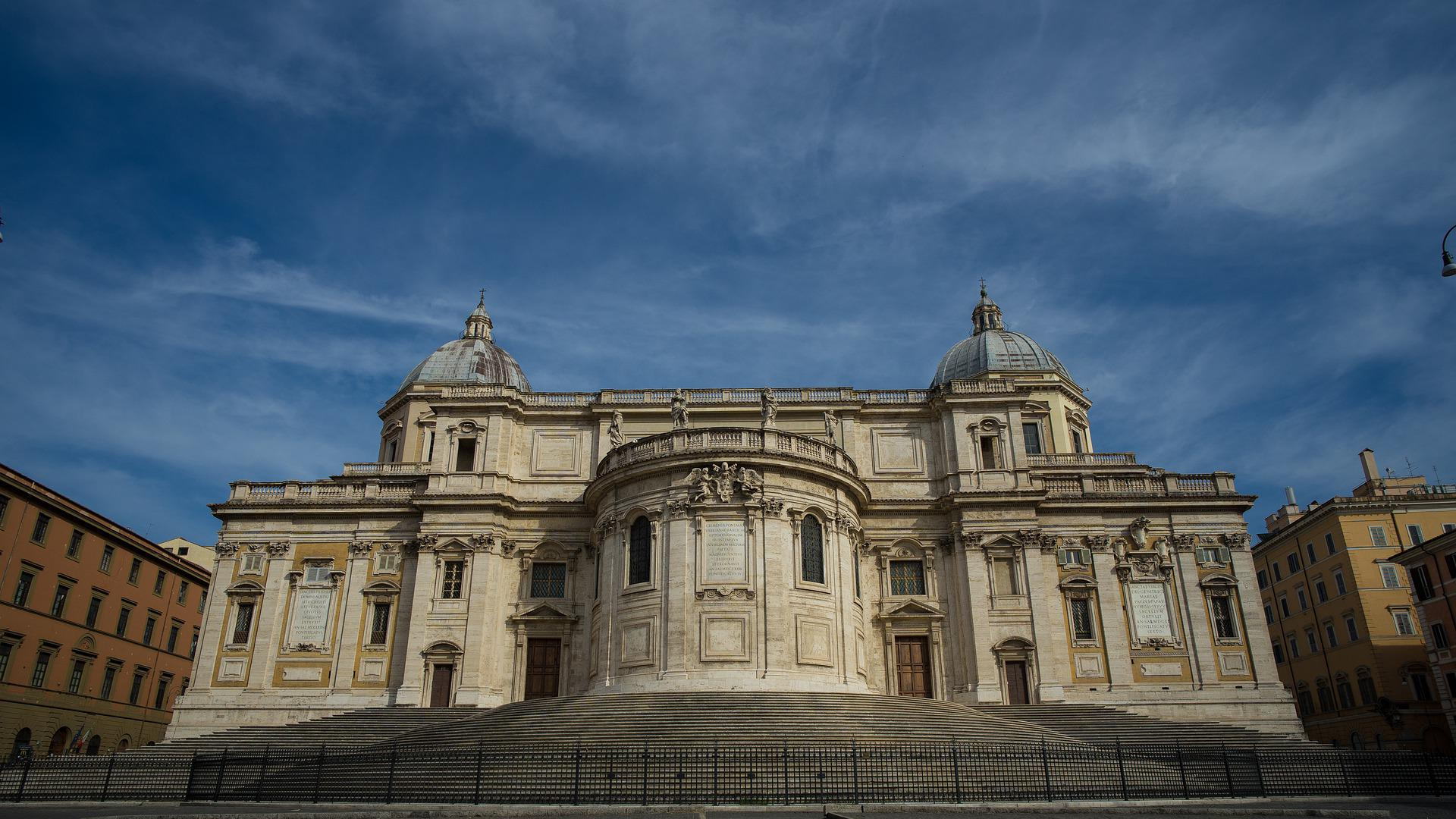 The Geese and the Gauls, 3 August

“Vae victis”, woe to the vanquished who cannot dictate terms, and “Non auro, sed ferro, recuperanda est patria”, not gold, but iron will redeem the native land. This epic repartee between the Gallic leader Brennus and the Roman general Furius Camillus marks the closing lines of one of the greatest traumas in the entire archaic phase of the city’s history. After the disastrous defeat of the Roman army at the Allia River, a tributary of the Tiber, the Gallic tribe of the Senones had marched easily on to Rome, and the undefended city was quickly occupied and plundered. Only a small band of defenders had fortified themselves on the Capitoline Hill, which Brennus’s armies tried to seize during a night attack, banking on the effect of surprise. When all seemed lost, unexpected help came from Juno, and from the animals sacred to the goddess. The attackers’ movements roused the Capitol’s geese, whose noisy reaction alerted the Romans guards and allowed them to repel the assault. According to some sources, it happened on 3 August 390 BC: while the siege continued, legend has it that the episode was to be one of those turning points that, together with the arrival of Camillus from Ardea, changed the fortunes of the war. Having finally defeated the Gauls and overcome the great fear, Rome was thus able to resume its expansion. As for the geese, an annual holiday was instituted from that day on, and on 3 August each year the snow-white birds were decked out in gold and purple, and then led in procession between two wings of jubilant crowds.

The miracle of the snow, 5 August

It all began with a dream. On the night of 4-5 August 352 AD, the same vision appeared to both elderly Roman patrician John and Pope Liberius while they were asleep. It is the Virgin Mary, who asks them to build a church in a place she will indicate in an extraordinary form. No sooner said than done: the next morning, the summit of the Esquiline Hill was miraculously tinged white, despite the midsummer temperatures. On the still untouched snow, the pope then marked the outline of what would become the first Marian shrine in western Europe, promptly financed by John and his wife. So goes the legend about the origins of the basilica of Santa Maria Maggiore, which the faithful also called Santa Maria ad Nives, of the snow. Although not officially recognized by the Church, the miracle is still commemorated on 5 August each year, on the feast of the basilica’s dedication, with a cascade of white petals brought down during the solemn liturgical celebration. Since 1983, moreover, the show conceived by architect Cesare Esposito has been transforming the square in front of the church into a theater of sound and light, with stellar sets, video-mapping events and performances. The re-enactment culminates at midnight when, in an awe-inspiring crescendo, an artificial snowfall falls from the starry Roman summer sky.

St. Lawrence and the Perseids, 10 August

It is traditionally the night to spend looking up, the night of shooting stars and wishes. Even if the city lights obscure the vision of the Perseid meteor swarm that the Earth goes through in the summer, Rome has no shortage of places from which to watch the free show offered by the sky, for example, the Janiculum Hill, the Pincio Terrace or the beaches of Ostia. But 10 August is also the anniversary of St. Lawrence’s martyrdom, which occurred according to the Roman martyrology in 258 AD, during emperor Valerian’s persecutions. In popular tradition, the shooting stars would represent the very tears shed by the saint during his torture, tears that would wander the heavens descending to Earth only on this day, or the hot coals on which he was burned alive (on a gridiron, although according to some modern studies he was beheaded). In Rome, the fame and cult of Lawrence, who is the city’s third patron saint after St. Peter and St. Paul, is evidenced by the number of churches that were dedicated to him, as many as 30 in the Middle Ages, from the basilica along the Via Tiburtina where the saint rests to the small and little-known San Lorenzo in Piscibus. Or to San Lorenzo in Panisperna, in the Rione Monti, whose name would derive from the custom of the Poor Clare nuns of the adjoining convent to distribute “panis et perna”, bread and ham, to the city’s poor every 10 August, in memory of the charitable activities carried out by Lawrence, who considered poor people the true wealth of the Church.

Ferragosto and the Feast of the Assumption, 15 August

Fettuccine with chicken liver sauce, chicken with peppers and watermelon: this is the traditional Roman menu on 15 August, the holiday that marks the turning point of summer by celebrating it with rich eats and trips out of town. But Ferragosto is first and foremost an ancient festivity, drawing its origins from the Feriae Augusti, instituted back in 18 BC by Octavian Augustus and in turn derived from the Consualia, the festivals that in archaic Rome celebrated the end of agricultural work: a period of rest and festivity peppered with banquets, theatrical performances and horse races, with draught animals dispensed from work in the fields and adorned with flowers. Around the 7th century, the pagan festival was assimilated by the Catholic Church by celebrating Virgin Mary’s Assumption into heaven on 15 August. The cult was actually recognized as a dogma only in 1950, but it immediately took deep root in popular devotion: suffice it to think that the “new” Sistine Chapel was inaugurated by Pope Sixtus IV on 15 August 1483 and dedicated to Mary’s Assumption. In the Rome of the Middle Ages and the Renaissance, one of the most anticipated events was then the spectacular night procession animated by the city guilds that crossed the city by torchlight, carrying the venerated image of the Savior Acheropita from the chapel of the Sancta Sanctorum to the basilica of Santa Maria Maggiore. Equally spectacular was the special event taking place at the Pantheon for the Assumption: amidst clouds and wandering angels, special devices were used to raise an image of the Virgin until it disappeared through the wide opening of the dome. Despite the predominantly religious bent, Roman Ferragosto nevertheless always remained linked to more secular rituals, with bull fights, horse races, contests and games on the banks of the Tiber or in Piazza Navona, flooded to give relief from the great August heat to both nobles and people. And with great concluding binges.

St. Bartholomew and the festival of watermelons, 24 August

In the Sistine Chapel’s Last Judgment, we see him holding in one hand the knife symbolizing his torture and in the other the skin torn off by his torturers, and it is said that in the features of his face, deformed by suffering, Michelangelo painted his own self-portrait. The Gospels, and then the Acts of the Apostles, tell us that Bartholomew was one of the twelve apostles who accompanied Jesus, but silence then falls over his subsequent story. Or rather, legends speak of him, some of which say he was a missionary to India and Armenia, where he is said to have converted even the king, but ended up suffering a terrible martyrdom: skinned alive and beheaded on 24 August, the day the saint will be remembered in the liturgical calendar. In Rome his relics are preserved in a red porphyry basin under the high altar of the church of San Bartolomeo all’Isola, built by emperor Otto III in the late 10th century on the remains of the Temple of Aesculapius on the Tiber Island. But Bartholomew’s memory and popularity among Romans, until the 19th century, were also linked to the feast held here every 24 August, when every corner of the island was invaded by watermelon sellers and watermelons displayed on the so-called “spallette” or piled up like cannonballs. Amid the shouts and cheers of the crowd, some watermelons would be thrown into the river and become objects of contention among the kids who would dive into the eddies of the Tiber to retrieve them. Decidedly dangerous, the pastime was banned in 1870 because of the frequent accidents that occurred: but watermelon has remained one of the city’s freshest summer vices. 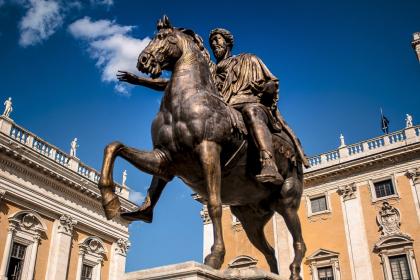 The Capitoline Hill: a place of legends 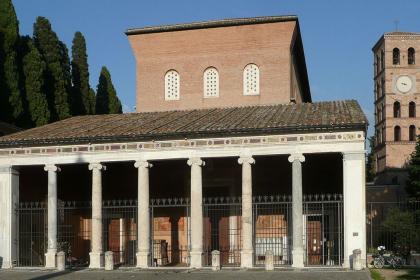 The marine soul of the Capital The Church of San Bartolomeo all’Isola
Churches and Basilicas 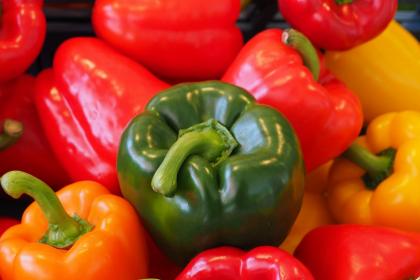 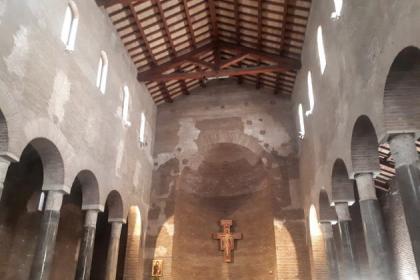