The Pontifical Sanctuary of the Holy Stairs 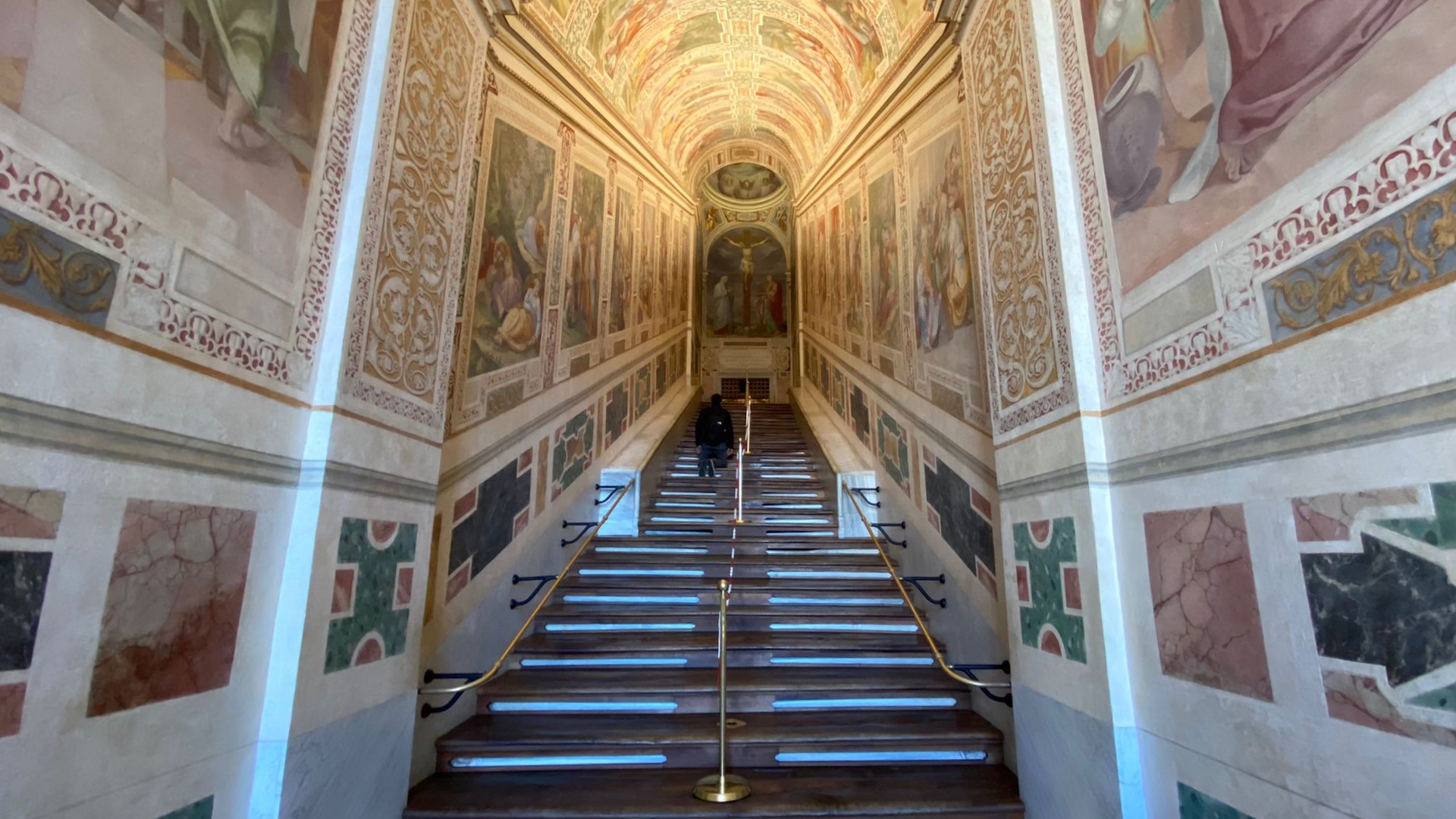 Located near the Basilica of Saint John Lateran, the Sanctuary houses the Sancta Sanctorum, the old chapel of the Popes where you can worship the image of the Holy Saviour and the Holy Stairs.

According to an ancient Christian tradition, in 326, the Holy Stairs were was transported from Jerusalem to Rome by the praetorium of Pilate at the behest of Empress Saint Helena, mother of Constantine.

According to the same tradition, the 28 steps of the Holy Stairs are precisely the same ones that Jesus climbed several times on the day of his death sentence in the palace of Pontius Pilate. Hence the name of Scala Pilati or Scala Sancta.

Initially, the stairs were in the Patriarchium, the complex of the Lateran Palaces, and the ancient seat of the Popes. It was Pope Sixtus V Peretti who, in 1589, had them moved to the current building and had four flights of stairs built by the architect Domenico Fontana, with the Scala Santa in the center.

Every Friday of Lent, it is customary to go up the steps of the Holy Stairs on your knees praying as an act of devotion to relive the passion of Christ and ensure plenary indulgence from sins.

At the top of the last step, protected by a massive railing, is the ancient private oratory of the Popes, at least until the Renaissance: the Chapel of San Lorenzo in Palatio, called the Sancta Sanctorum for the many relics of saints that it keeps.

This beautiful chapel was enriched and embellished over time by various popes. Pope Nicholas III was responsible for the current arrangement with the precious frescoes painted by the 13th-century Roman school, the completion of the mosaic above the altar, and the beautiful floor in Cosmatesque style.

On the wall behind the altar is the Holy Saviour Acheropìta “Acheropita” (not painted by human hands), depicted while sitting on the throne with his right-hand blessing and the scroll of the Gospel in his left. The millenary icon is among the most loved and revered symbols in the world.

Under the papal altar, is the ark that houses the treasure and the relics of the Sancta Sanctorum. 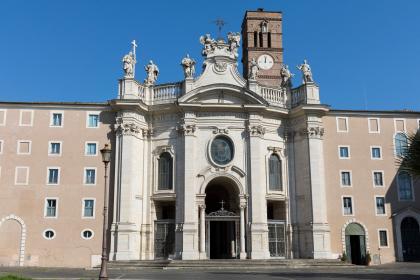 For the prayer, climb the stairs to the right on your knees.