The Basilica of St. John Lateran 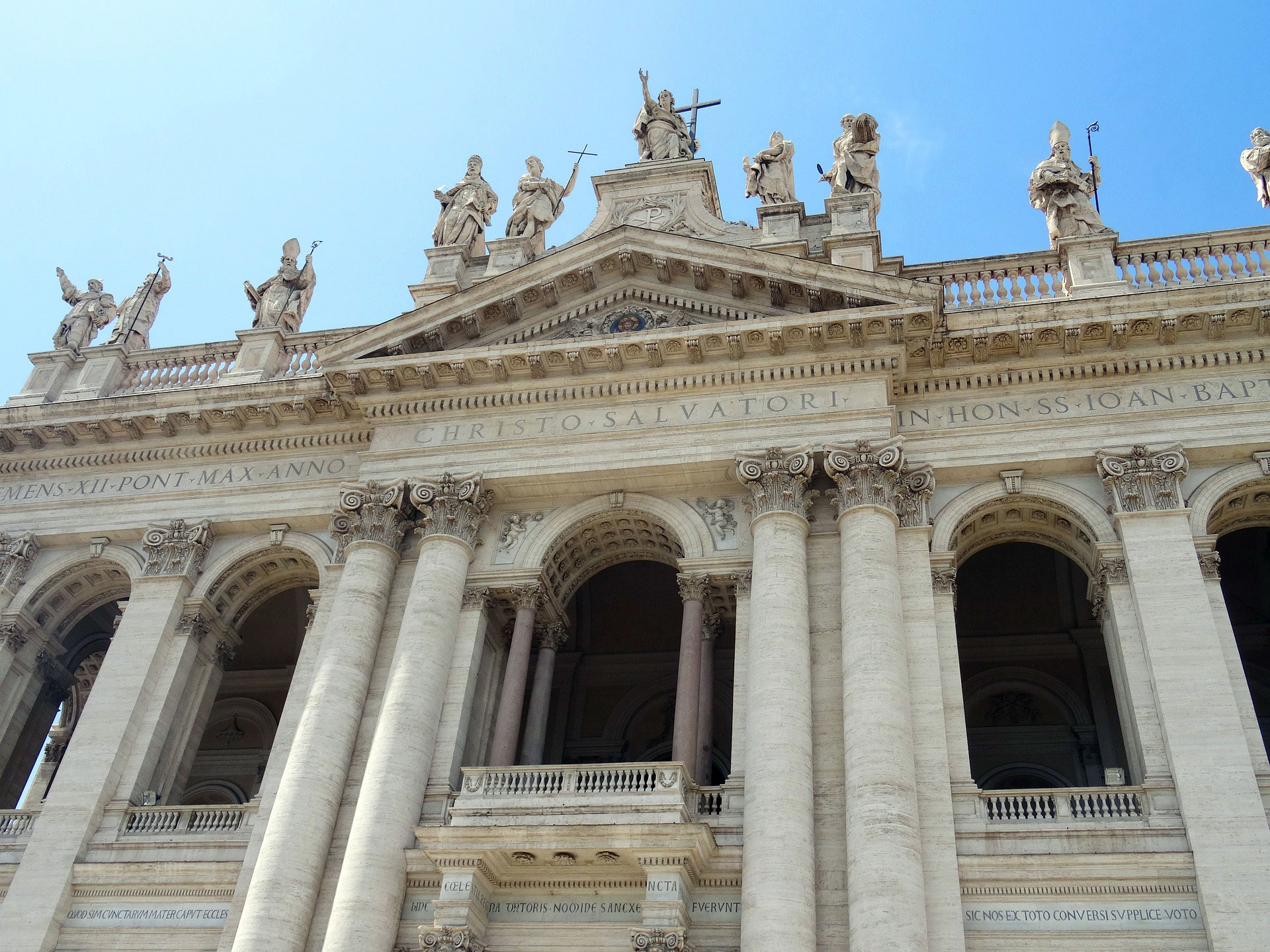 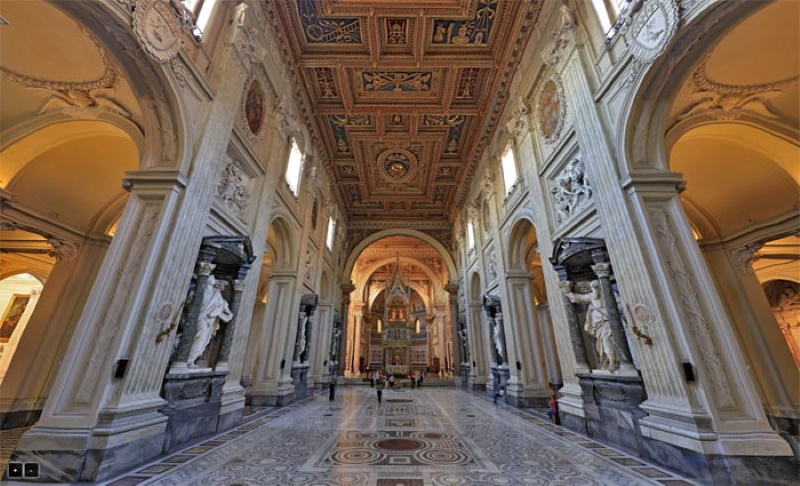 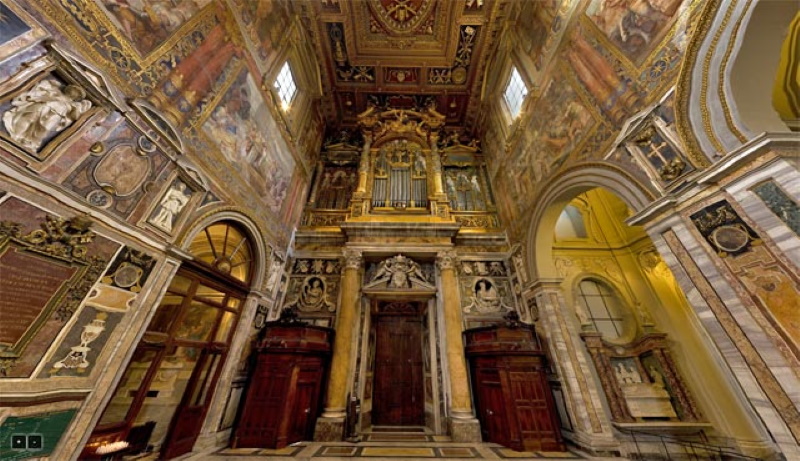 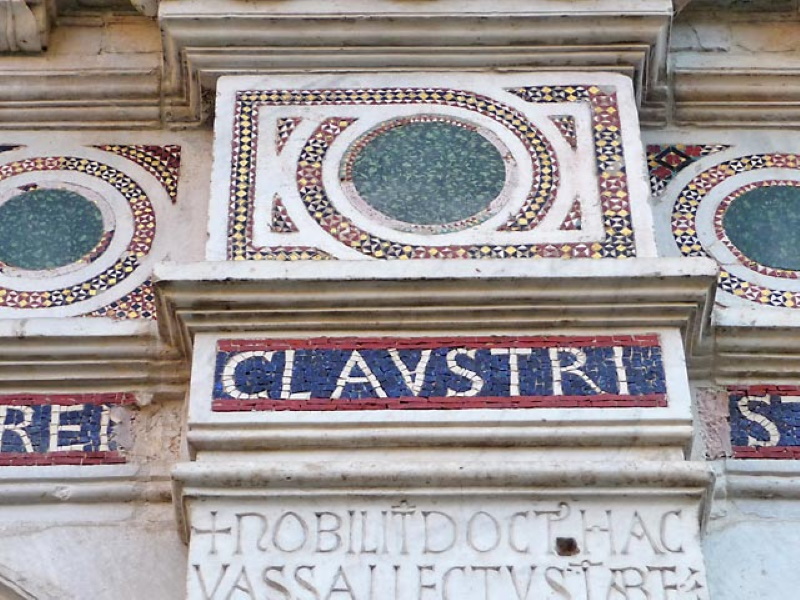 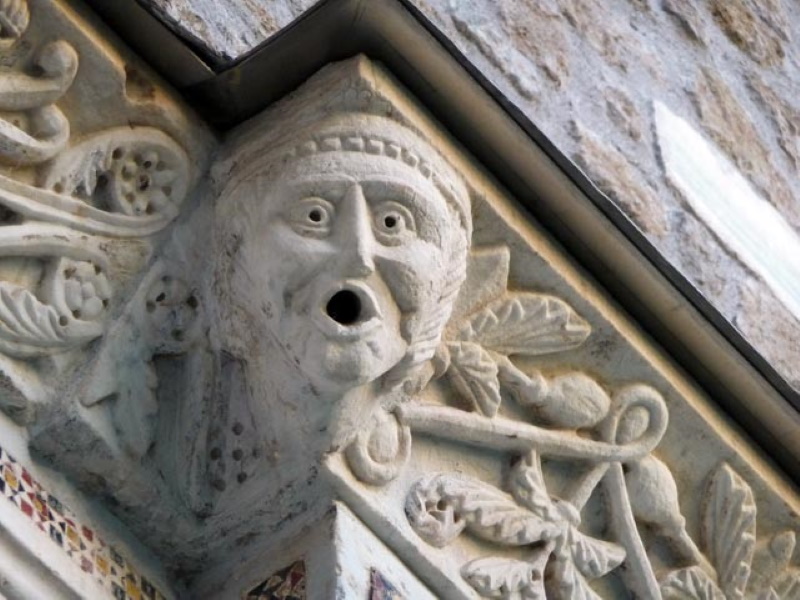 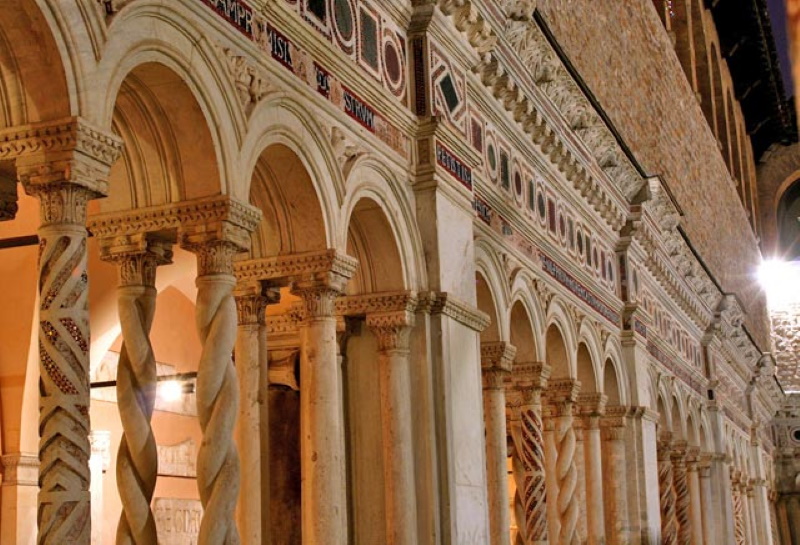 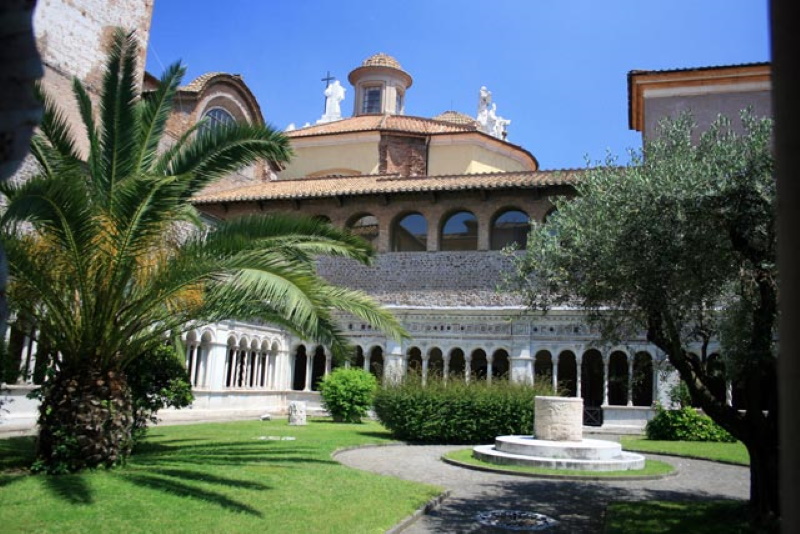 The Cathedral of the Most Holy Savior and of Saints John the Baptist and the Evangelist in the Lateran, better known as the Basilica of San Giovanni in Laterano, is, by definition, the "mother of all the churches in the world" and represents the ideal trait d'union between the pagan and the Christian era.

Initially born as a building for public meetings and for the administration of justice, it was transformed into a majestic ecclesiastical structure, suitable for hosting a large number of faithful, with the spread of the new cult.

Standing near Mount Celio, the Basilica was built on the same site as the one erected by Constantine, around 314, on land formerly owned by the noble Lateran family, from which the whole area takes its name.

In his Annals, Tacitus tells that the houses and land owned by the Laterani family were confiscated from them by Emperor Nero after the conspiracy of the "Pisoni": the consul Plautius conspired, failing, against the emperor Nero who condemned him to death and deprived his people of properties and land, in favor of the Imperial Treasury. Emperor Septimius Severus used part of that land for the construction of a large military complex called Castra nova equitum singularium (new barracks for the chosen guards).

In 312, Emperor Constantine defeated Maxentius in the Battle of Ponte Milvio (312), thanks to a dream he had the night before the fight: an angel carried a cross on which the famous saying In hoc signo vinces (Under this sign you will win) was written. The emperor had that phrase painted on the shields of his soldiers. In 313, therefore, Constantine decided to treat Christians benevolently within the Roman Empire, taking care to offer the nascent church a suitable place to fully carry out its spiritual ministry and giving Pope Melchiade the land to build a Domus ecclesia.

Repeatedly damaged and restored, the basilica was the protagonist of ups and downs that have marked its history to this day.

In 455, the Genseric vandals robbed the Church of all its treasures. At the beginning of the 9th century, Leo III commissioned new ceilings, and the windows of the apse were decorated with polychrome stained glass. At the end of the 13th century, Boniface VIII had a new loggia of blessings built. It was decorated with frescoes by Giotto and Cimabue, now lost. In 1378, the papacy returned to Rome after the Avignon period, and the Lateran was abandoned for the Vatican. For the Jubilee of 1600, Giacomo della Porta renovated the transept and the altar of the Blessed Sacrament. Between 1426 and 1431, Pope Martin V provided for a reconstruction of the floor and the paintings which he commissioned to Gentile da Fabriano and Pisanello. Between 1431 and 1447, Pope Eugene IV ordered enormous architectural and structural changes on which Borromini relied to completely rebuild the central and lateral aisles. In 1660, Pope Alexander VII transferred the bronze doors of the ancient Roman Curia from the Church of Sant’Adriano to the Roman Forum. Today, they constitute the great central door of the basilica. In the 18th century, the facade was finally completed with the new prospect by Alessandro Galilei. The statues of the 12 Apostles were placed in the niches by Borromini. In the twentieth century, during the restoration of the splendid Cosmatesque floor, the remains of the ancient barracks of the equites singulares were found.
On the occasion of the Jubilee of 2000, the new Holy Door, the work of the sculptor Floriano Bodini (1933-2005), was inaugurated.

If you pay a visit to St. John, do not miss the museum with its precious liturgical furnishings and the Cloister: a masterpiece of Cosmatesque art, where are preserved architectural elements, sculptures and ornaments of the ancient basilica. It is the work of Pietro Vassalletto, a member of the famous family of Roman marble workers, also the authors of the one in the Basilica of St. Paul outside the walls. 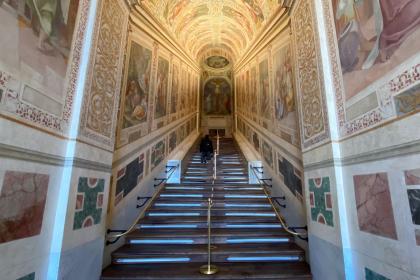 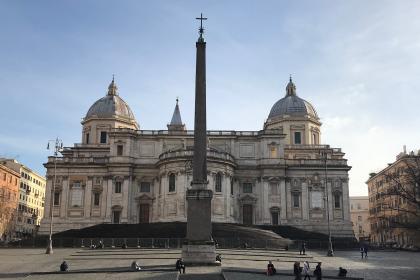 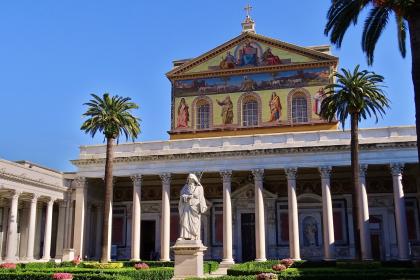 The Papal Basilica of St. Paul Outside the Walls
Churches and Basilicas 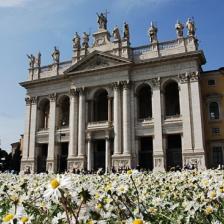 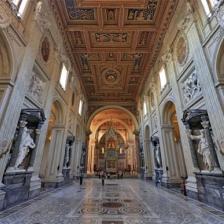 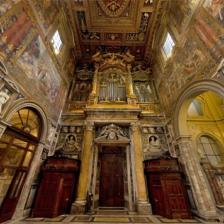 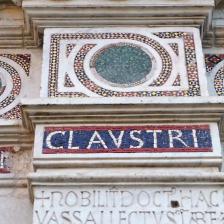 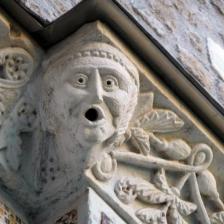 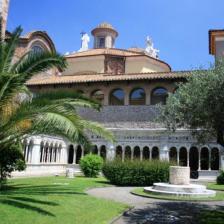