The Papal Basilica of St. Paul Outside the Walls | Turismo Roma
Skip to main content

The Papal Basilica of St. Paul Outside the Walls 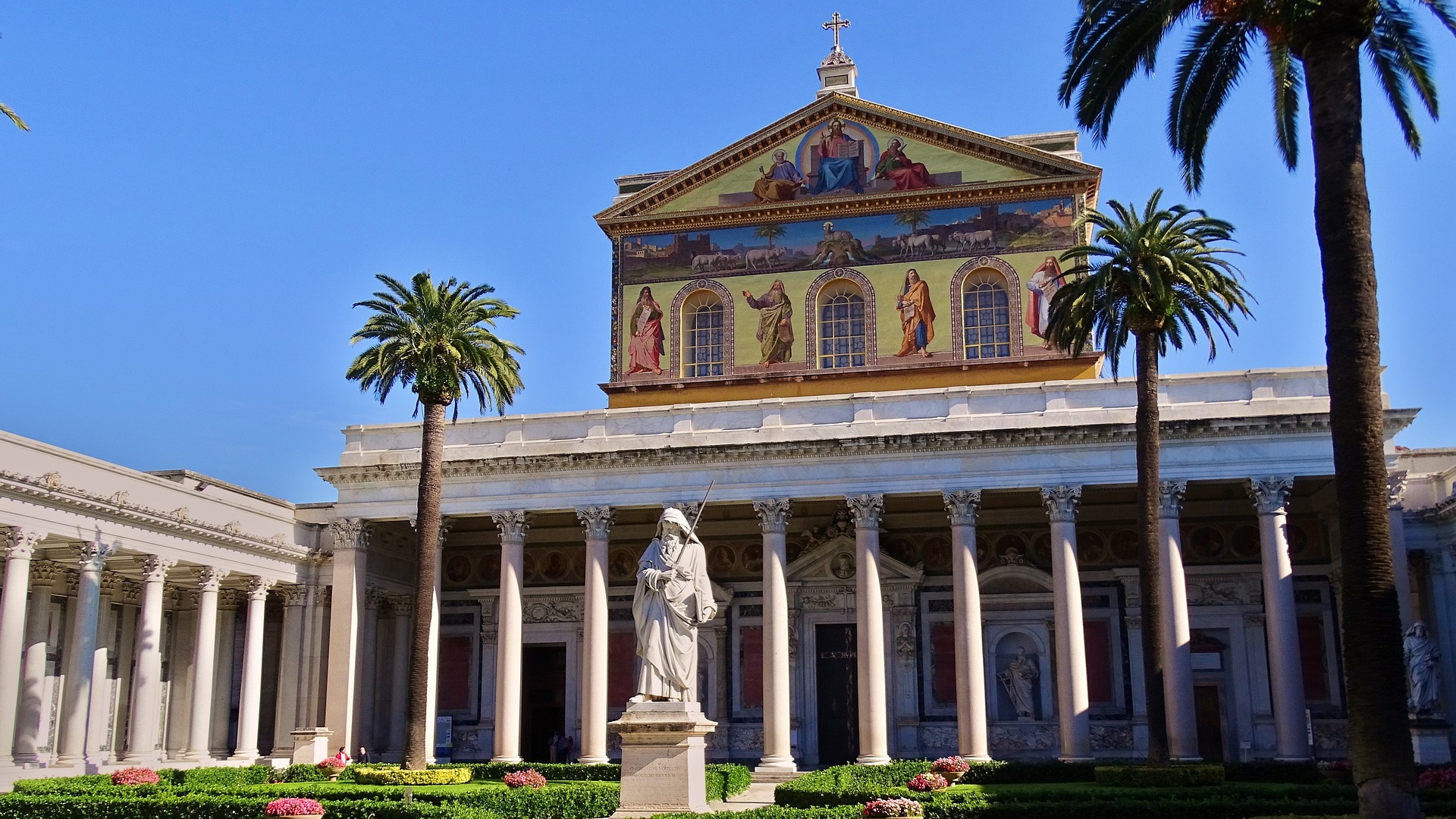 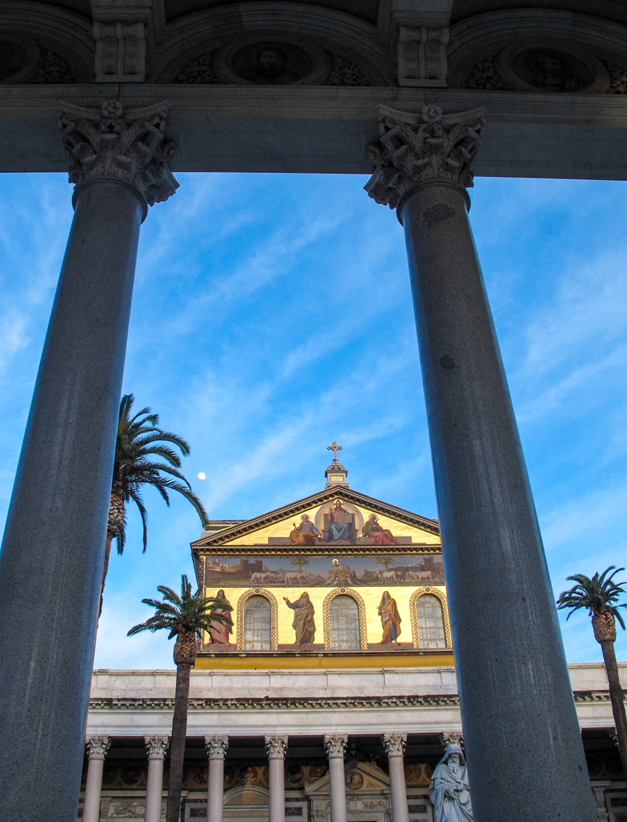 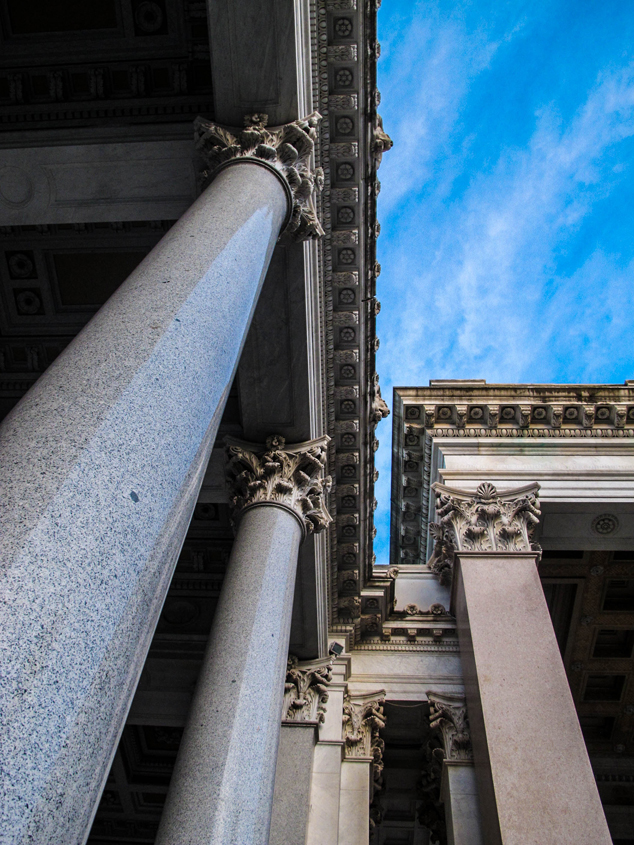 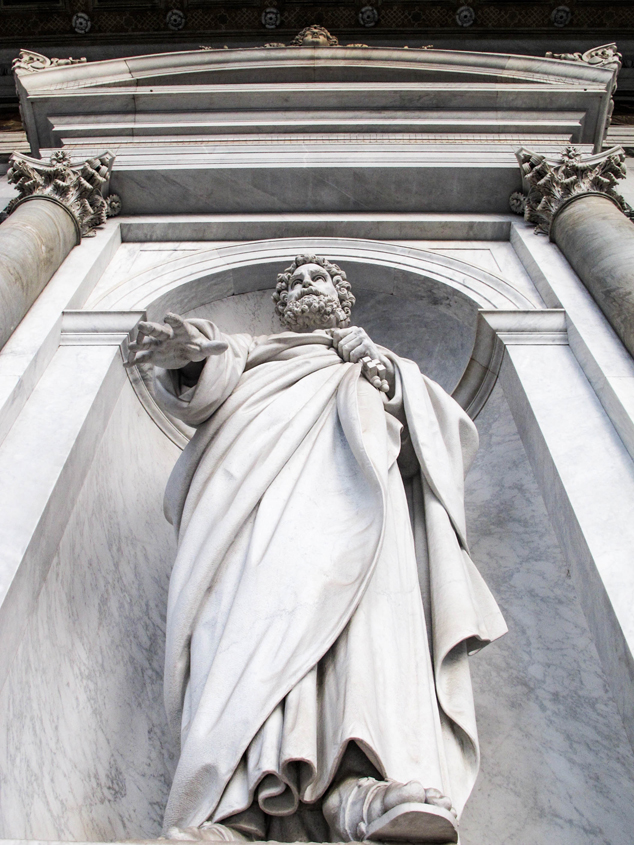 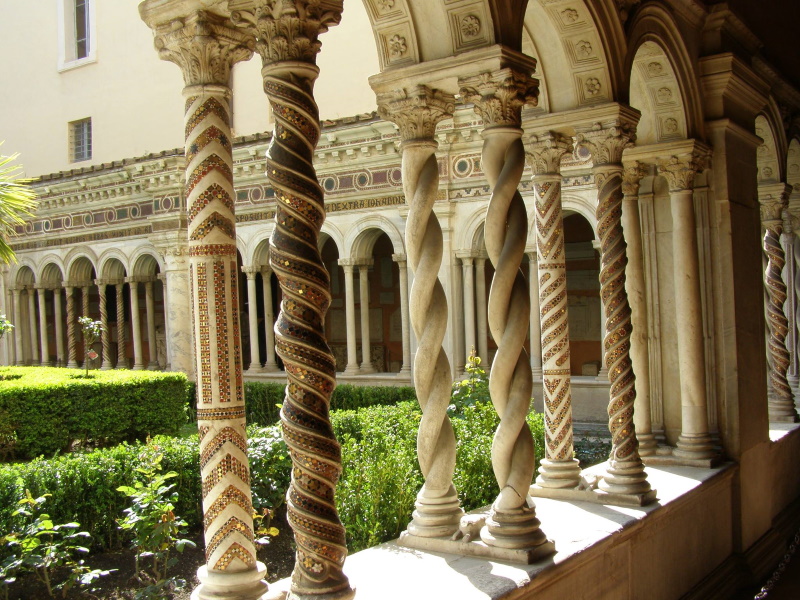 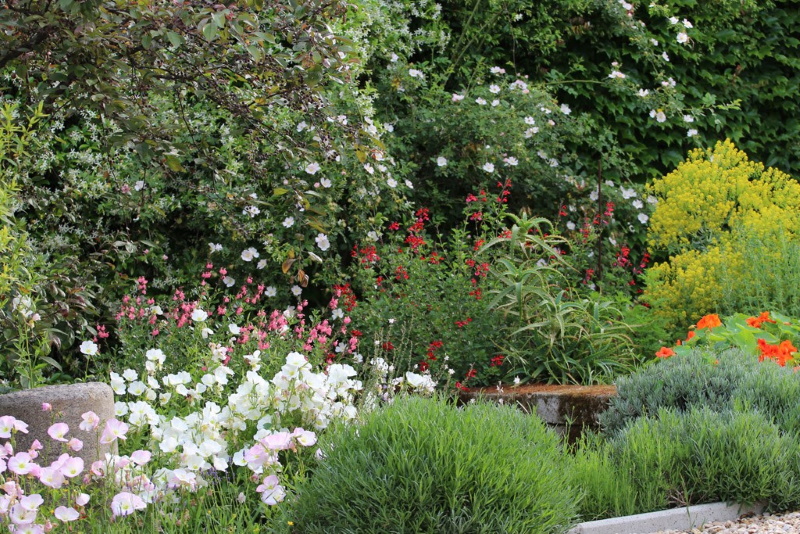 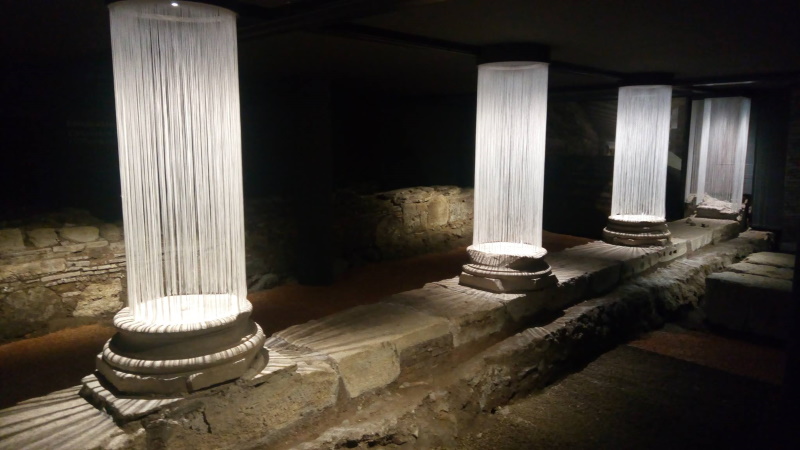 With its imposing Byzantine structure, the Basilica of St. Paul Outside the Walls is one of the four papal basilicas of Rome, the second largest basilica after St. Peter’s.

According to tradition, the church lies on the site where the Apostle Paul was buried; here the Christians erected a sepulchral chapel, namely a memorial, later transformed into a basilica by the Emperor Constantine and consecrated in 394 by Pope Sylvester.

The works to expand the temple began in 385 and were completed in 395 by Emperor Honorius. Soon one of the most important stops of the pilgrimage route in Rome, it was Pasquale Belli, collaborating with other architects, who rebuilt it between 1825 and 1854, after the devastating fire in 1823.

Luigi Poletti decorated the upper band of the facade with 17th-century mosaics, and made the bell tower and the pronaos on the north side, redeploying twelve columns already in the nave of the previous church. The facade is preceded by a large quadriportico, designed at the end of the last century by Virgilio Vespignani, with the statue of St. Paul by Giuseppe Obici.

The interior is divided into five naves by eighty monolithic granite columns: the six ones of the entrance wall are the most remarkable, donated by the Viceroy of Egypt to Gregory XVI. The central nave, wider than others, has mosaics on the walls with portraits of popes, also present in the aisles, and frescoes with stories from the life of St. Paul.

The central altar, above the Altars of Confession and Apostle’s tomb, is surmounted by the famous Gothic ciborium by Arnolfo di Cambio (1285); on the right of the altar it lies the large candelabrum for the Easter candle made of marble, created by Nicola D'Angelo and Pietro Vassalletto in 1170.

The apse is dominated by the majestic mosaic, commissioned by Innocent III (1198-1216) and completed by Honorius III. Numerous architectural fragments from the ancient basilica and archaeological finds from the nearby Ostian burial ground, are preserved in the cloister.

The cloister of the basilica, the work of Jacopo and Pietro Vassalletto, from which it takes its name, is one of the wonders of 13th-century Rome. It has columns of different types and shapes, decorated with mosaics and colored marbles. They support the arches on which stands the epistyle adorned with magnificent mosaics and limited at the top by a white marble frame with the heads of lions, oxen, goats, and other animals, from whose mouths rainwater flows.

The Benedictine monks of the Abbey of San Paolo, who for centuries have been the custodians of the tomb of the Apostle Paul, created the monastic garden. Here, they grow herbs and trees mentioned in the Bible. It is a splendid oasis that ideally reproduces the biblical Eden, a timeless place in which to meditate and reflect on the Christian and monastic vision of nature, immersed in an eternal spring. A botanical-scientific path but also a theological, philosophical, and literary one, where you can also admire the Giardino dei Semplici (the Hortus simplicium). Here, according to the millenary Benedictine tradition, the monks grow the medical plants used in the making of the herbal remedies available at the Monastic Apothecary.

In 2007, some excavations in the garden led to the identification of ancient structures, including the base of a small bell tower - the oldest example of this type of construction preserved in Rome - of buildings relating to the "poor houses" dating back to the end of the 5th century, and the remains of a colonnaded portico. 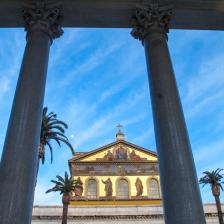 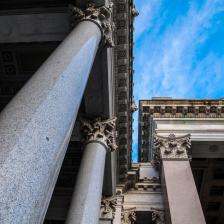 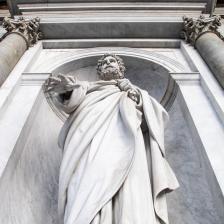 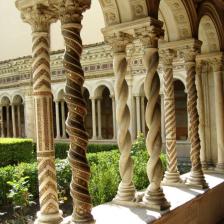 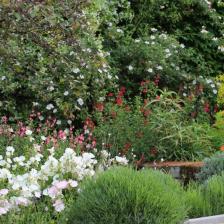 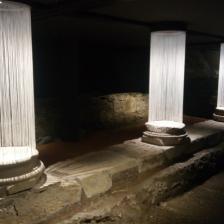