The Basilica of Santa Croce in Gerusalemme 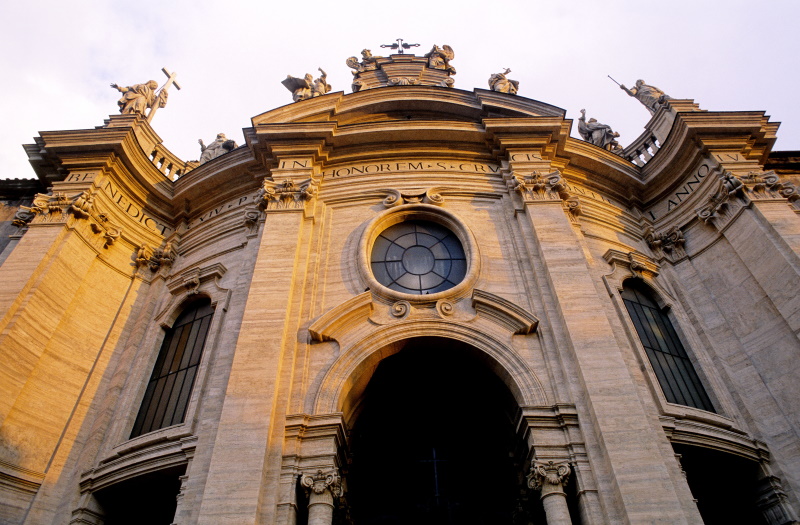 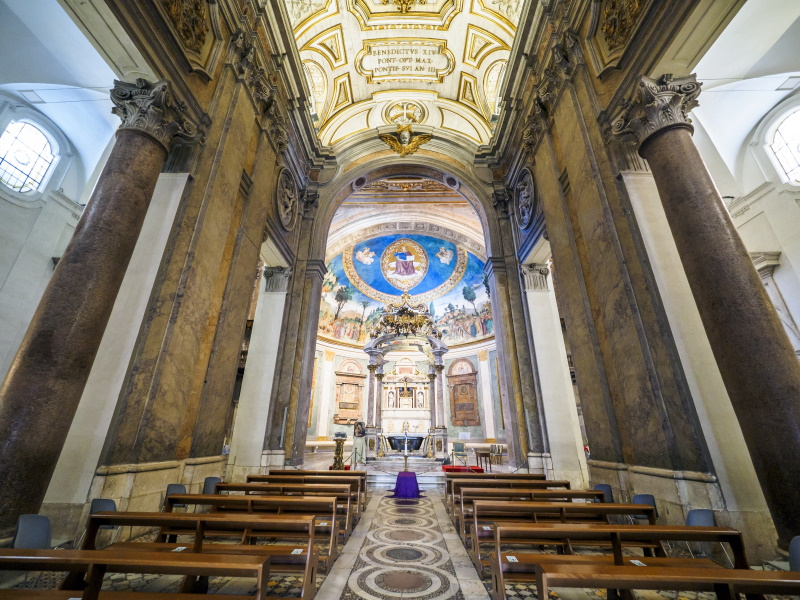 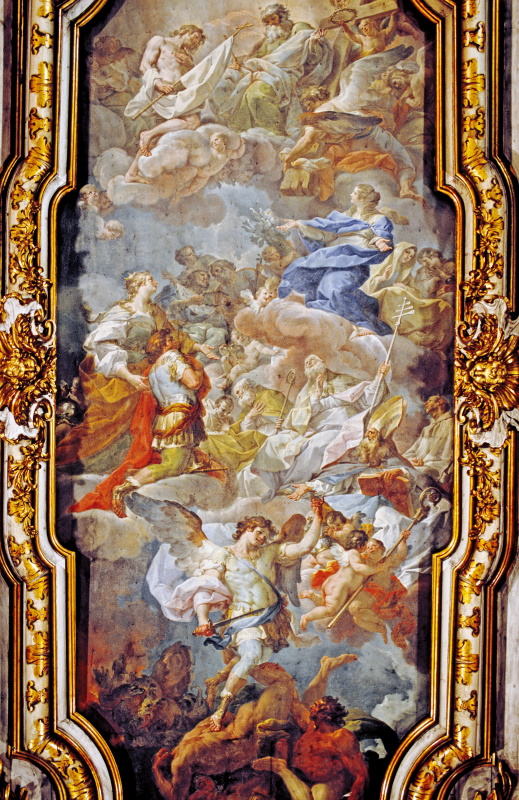 One the Seven Pilgrims Churches of Rome, Santa Croce in Gerusalemme stands on the remains of the Sessorium, an imperial-owned residential complex started in the first half of the 3rd century DC that also included the Circus Varianus and the Castrensis Amphitheater. At the beginning of the 4th century the complex was property of Emperor Costantine’s mother Helena, who transformed the large atrium into a chapel to house the relics of the True Cross she brought to Rome. The basilica was built around the chapel and for this reason it was called Heleniana or Sessoriana.

The basilica underwent a radical restoration in 1144 with Pope Lucius II, who divided it into three parts (a nave and two aisles), added a portico and the beautiful brick bell tower we still see today. The current appearance of the building dates back to the 18th century. The architects Pietro Passalacqua and Domenico Gregorini, by will of Pope Benedict XIV, replaced the medieval façade with a new one made of travertine, alternating concave and convex volumes according to the true Baroque taste.

The interior is divided into three parts with twelve colossal ancient granite columns, four of which were incorporated into pillars in the 18th-century renovation. At the center of the apse, decorated in the half-basin with paintings attributed to Antoniazzo Romano, is the magnificent Tomb of Cardinal Francesco Quiñones by Jacopo Sansovino. The chapel of St. Helena, at the bottom of the right aisle, is decorated with a mosaic, a 16th-century remake by Melozzo da Forlì or Baldassarre Peruzzi of the 5th-century original. According to the tradition, under the floor there was the original ground of Jerusalem brought by Helena together with other relics, today housed in the nearby Chapel of the Relics.

A room close to the Chapel of the Relics hosts both a life-size copy of the Holy Shroud – a gift to the Basilica of the Diocesan Commission of the Shroud of the Archdiocese of Turin in 2003 – and a Crucifix made by Monsignor Giulio Ricci, to whom is entitled the Diocesan Center of Sindonology. Furthermore, at the entrance of the Chapel, since 1999, here are preserved the mortal remains of the Servant of God Antonietta Meo, known as “Nennolina” (1930-1937), a child who lived a few hundred meters from the Basilica in the Thirties and died at the age of six and a half years following osteosarcoma.

In the area of ​​the Castrensis amphitheater, for centuries belonging to the basilica and its convent, the garden of the Cistercian monastery was recreated in 2004: its iron and glass door was made by Jannis Kounellis. 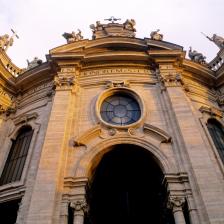 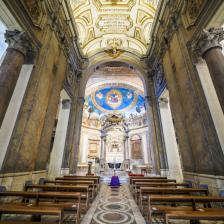 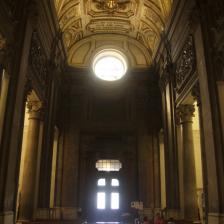 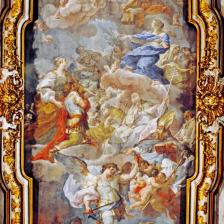