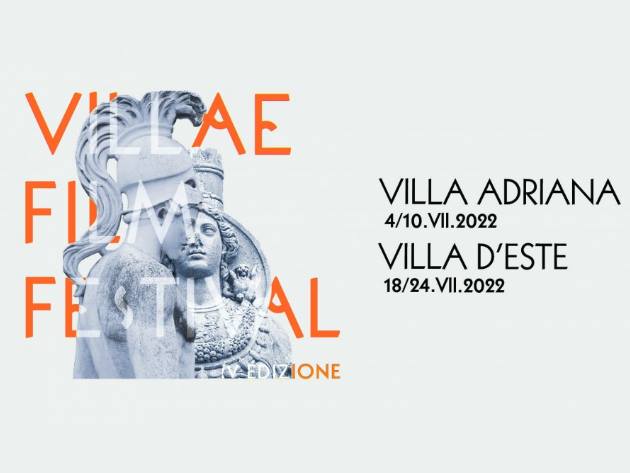 Villa Adriana and Villa d'Este,  two architectural jewels included in the UNESCO world heritage site list, host the fourth edition of the Villae Film Festival, the event dedicated to the relationship between cinema and art in all its multiple possibilities and forms of expression.

The two different settings host two programs and different types of projections. This edition's theme is beauty - as wonder, perturbation, obsession, shining, denied, hidden or an end in itself beauty - explored in its aspects and consequences through films and the art of cinema.

From 4 to 10 July, in the setting of Villa Adriana are scheduled films such as Death in Venice by Luchino Visconti, Melancholia by Lars von Triers, Atlantide by the artist Yuri Ancarani, Il bell'Antonio by Mauro Bolognini, The man who sold his skin by Kaouther Ben Hania, Happy as Lazzaro by Alice Rorhwacher and 2001: A Space Odyssey by Stanley Kubrick. The screenings, with free admission, are preceded by meetings with directors, producers, critics, artists and curators, introduced by the artistic director Andrea Bruciati, art historian and director of the Villa Adriana and Villa d'Este Institute and by films from the archive of the Istituto Luce.

From 18 to 24 July, the location of the projections is the evocative Villa d’Este. Here, the protagonists on the screen are The Ape Woman by Marco Ferreri, Pino by Walter Fasano, Portrait of a Lady by Jane Champion, The Arch by Alessandra Stefani, Manifesto by Julian Rosefeldt, Farewell, My Queen by Benoît Jacquot, and Theorem by Pier Paolo Pasolini.

This year's great news is the contest presenting a series of selected works based on the selection defined for the Vita Nova III exhibition, scheduled from July to October at Villa Adriana. The winning one, indicated by a quality jury chaired by Andrea Bruciati, will receive the Metamorphosis prize.

A unique event in the Italian cultural scene, the review is organized by the Villa Adriana and Villa d'Este - Villae Institute, in collaboration with the Associazione Culturale Seven, the patronage and support of the MiC - Directorate General for Cinema and Audiovisual and Regione Lazio.