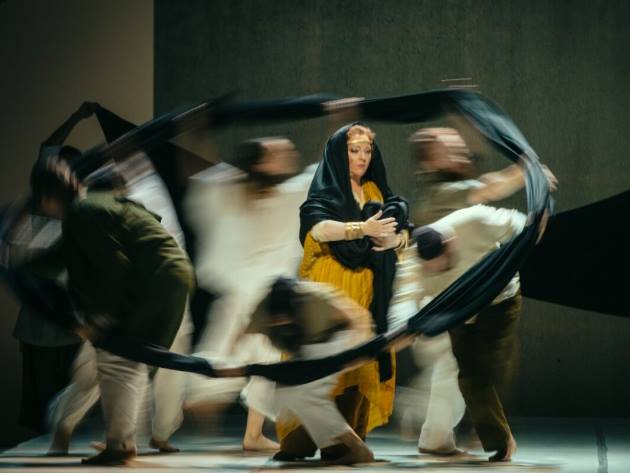 "Royal Highness, when I undertook to write the music for 'Alceste, I resolved to divest it entirely of all those abuses, introduced into it either by the mistaken vanity of singers or by the too great complaisance of composers, which have so long disfigured Italian opera and made of the most splendid and most beautiful of spectacles the most ridiculous and wearisome."
(Gluck, Preface to Alceste with a dedication to his Imperial Majesty, Archduke Pietro Leopoldo)

The Teatro dell'Opera di Roma presents Christoph Willibald Gluck's masterpiece, a rare performance title and the second opera in the revolutionary project of Italian melodrama initiated by the German composer after Orpheus and Euridice.

The Tragédie Opéra in three acts was composed in the second half of the 18th century on a libretto by Ranieri de' Calzabigi, taken from Euripides' Alcesti and was performed for the first time at the Burgtheater in Vienna on 26 December 1767. It was subsequently adapted into a French version on a libretto by Marius-François-Louis Gand Lebland, Bailli du Roullet, and presented at the Paris Opera on 23 April 1776.

The vibrant and evocative melodies of Gluck accompany the story of the great love that binds Queen Alceste to King Admetus, on the verge of death, against the backdrop of the city of Fera. Alcestis offers her life to the god Apollo to save her beloved consort, who promptly heals. The king, learning of his wife's sacrifice, tries to dissuade her but, after a heartbreaking farewell, Alceste arrives at the gates of hell. Here, she is saved by Hercules, a friend of Admetus, and reunited with her beloved husband.

The rare performance title is staged in the Parisian version of 1776, in the production of the Bayerische Staatsoper, with the musical direction of maestro Gianluca Capuano, an expert in the eighteenth-century repertoire, direction and choreography by Sidi Larbi Cherkaoui. In the main roles, highly prestigious interpreters, such as Stanislas de Barbeyrac (Admète), Marina Viotti (Alceste), Luca Tittoto (Grand Prêtre) and Patrik Reiter (Evandre), accompanied by the Ballet Compagnia Eastman of Antwerp and the Orchestra and Chorus of the Teatro dell'Opera di Roma.

Sung in French with Italian and English surtitles