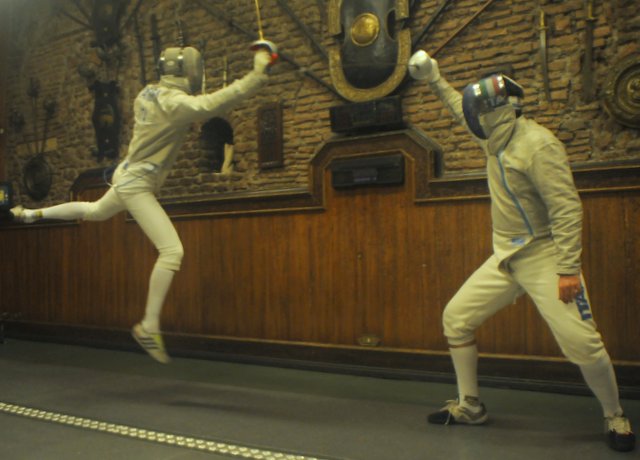 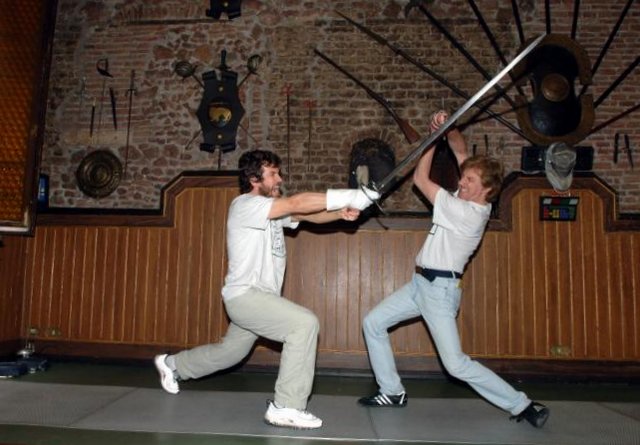 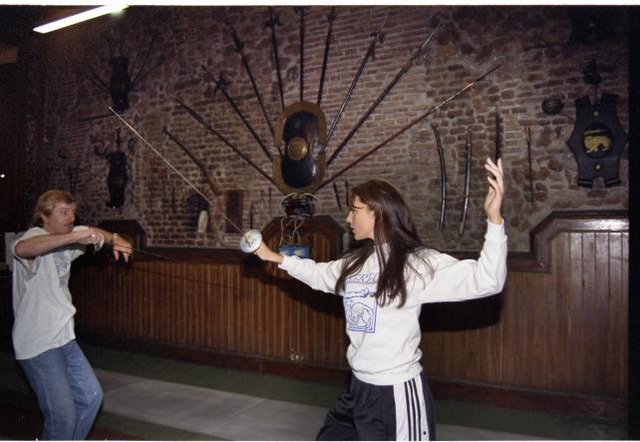 Since 1878 Accademia Musumeci Greco is a gathering place for those with a passion for fencing, fencers from all over the world take advantage of the opportunity to come to the "Accademia Greco" and tread its historic pistes. It is here that the healthy competitive spirit of the youngest students and Italia Champion Sabre team encounters both academic fencing and history.   Proof of this is the intense activity of the cultural association "Musumeci-Greco, L'Arma della Cultura"  that has already reached at more than thirty dates  of the “Gran tour dello Spadaccino”, interesting guided art visits held by Prof. Vittorio Maria de Bonis. People from all walks of life have passed through this salle, through three centuries; participants and spectators with a  common interest in this noble art. These have included Marinetti,Gabriele D'Annunzio, Cavallotti, Mussolini, the Roman poet Trilussa, King Umberto of Italy, Achille Campanile and former President of Italy Luigi Einaudi. In 2005, the Ministry of Cultural Affairs, through the Italian National Library, appointed Maestro Musumeci Greco as one of the curators of a significant exhibit of books, sculpture, paintings and other works of art, arms, film duels, antique artifacts and modern fencing equipment, entitled "The Duel: from its origins to Olympic gold". The event was organized by Renzo Musumeci Greco and  "The Sword's Edge"  in memory of his father Enzo. Musumeci Greco fencing Academy is considered one of the oldest in the world. In 2009 became member of the U.N.A.S.C.I , the association which gathers together all the Sportive’s with more than 100 years of activity, in Italy. The Academy  is affiliated with FIS since 1909, the same year that Agesilao Greco founded it. The entire activity takes place between the historical Hall of Via del Seminario 87 (Pantheon) and Piazzale delle Muse, 25 also in Rome, at the Liceo Azzarita. Through the initiative "Fencing without Limits", the Academy has also  consolidated its position in the Social, dedicating courses to disabled fencers, both in wheelchairs and to  blind and visually impaired. Info +39 06 6791846 www.accademiagreco.it Email: casamuseo@musumecigreco.com 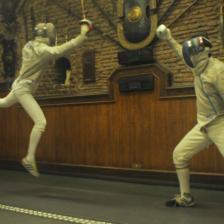 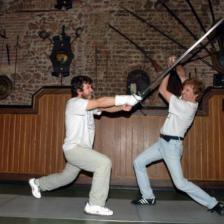 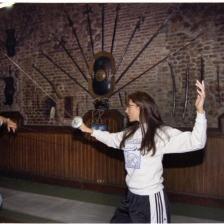