The Fountain-Monument to Giuseppe Gioachino Belli 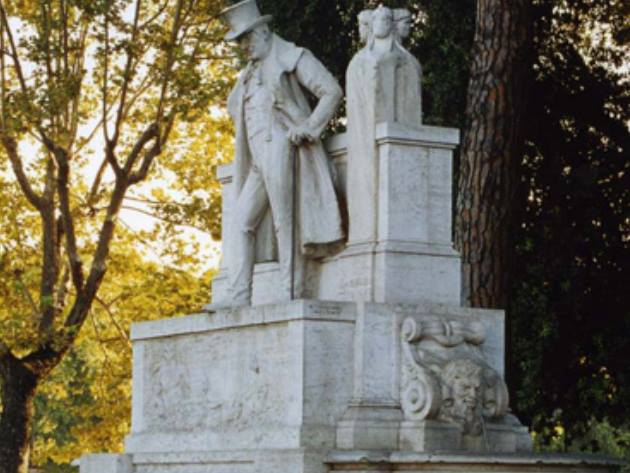 "If only for the many ancient things we should all be born here, because, my dear Friccica, there is little to say to the things we have". Thus wrote the great Roman poet Giuseppe Gioachino Belli about Rome, which honoured him with the fountain-monument in the square of the same name. It is located in Trastevere, symbolic district of the most authentic Rome.

The work was realized thanks to a public subscription, supported by Domenico Gnoli, Ferdinando Martini and Leone Caetani. In 1910, the three intellectuals requested the concession of the area at the time called Piazza Italia. They proposed to the then-mayor Ernesto Nathan to dedicate a monument to the greatest interpreter of the "city popular soul".

Made by the Sicilian sculptor Michele Tripisciano, winner of the competition announced in 1911, the monument was inaugurated in May 1913, for the 50th anniversary of the poet's death.

The statue of Belli stands on a high base, bearing at the bottom some reliefs. On the front is the personification of the river Tiber lying, the She-wolf and the Twins; on the back, a group of people is depicted around "Pasquino", the famous talking statue. An inscription bears the dedication “Al suo poeta G.G. Belli il Popolo di Roma MCMXIII" (To their poet G.G. Belli the People of Rome MCMXIII).

The poet is represented with a top hat, a walking stick, and his right hand on a reconstruction of Ponte Fabricio parapet, recognisable by the presence of a typical four-faced herma.

On the sides of the monument are two small twin fountains, raised by three steps. Made of marble basins with moulded edges, they receive water from two big masks which symbolize Poetry and Satire, leaning on a shelf and at the centre of two large volutes.

Curiosity: initially, the walking stick was a real wooden stick. Repeatedly subtracted by souvenir hunters and always replaced, today it is of iron painted black in imitation of ebony. 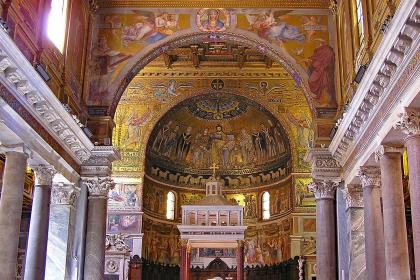