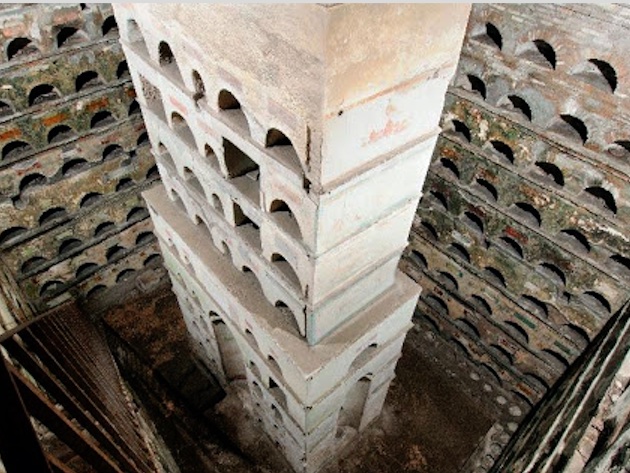 The Colombariums are located inside the Codini Vineyard, between the Scipioni Park and the Aurelian Walls, near Porta San Sebastiano, in an area once used as a burial place. Discovered in the mid-nineteenth century by the Marquis Giampiero Campana, an antiquarian and collector, they were built between the Augustan and Tiberian ages and used until the second century. A.D. There are three separate large funerary buildings, each of which houses hundreds of niches for cinerary urns.

The first columbarium consists of a quadrangular room and the approximately 500 niches on the walls are arched. In each of them there are two urns - cinerary vessels - and above are painted plates on which the name of the deceased was engraved. On the walls there are four panels with mythological scenes. The second has niches surmounted by small marble slabs, many of which remained without inscription. On the walls there are remains of paintings with ornamental motifs. The columbarium dates back to the late Augustan age, while the paintings are from a later period.

The third columbarium has a U-shaped plan with three communicating arms and larger niches than the others. On the vault there are fragments of the frescoes with ornamental motifs; in this columbarium cippi, small urns and even a small sarcophagus were found, now in the National Roman Museum, whose presence suggests that the columbarium was also used for burials. The inscriptions found show many names of imperial servants and freedmen who carried out various trades and functions in the imperial house. The construction of this columbarium dates back to the age of Tiberius but its use continued along the second century AD. 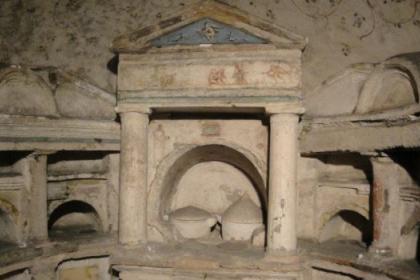 Located in a private property, it can be accessed by making a request to the Appia Antica Archaeological Park.