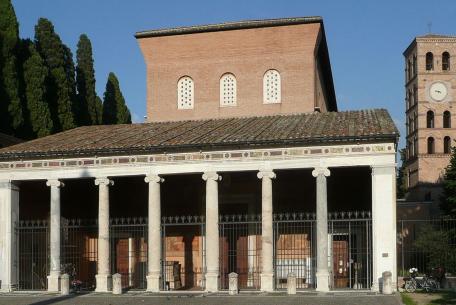 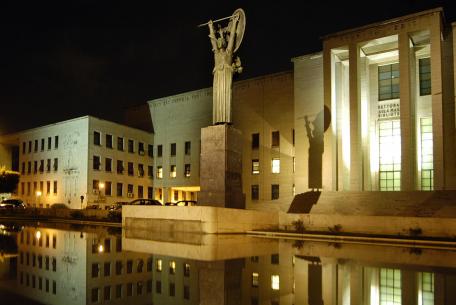 The gate was originally an arch built under Augustus in the point in which three aqueducts (aqua Marcia, Tepula, Iulia) passed over the Via Tiburtina.

The triangular-shaped zone stretches from Piazzale Labicano, between Via Prenestina, Via Casilina and Via dell’Acqua Bullicante.

Its name, Pigneto, derives from the long row of Pine trees planted by the Caballini Family along the wall of  the eighteenth century Villa Serventi.

Much-loved by the Director Pasolini, who chose it for locations for his first film “Accatone”, over the years it has noticeably evolved, turning from a working-class suburb into a bubbling cultural  and artistic quarter.

The pedestrian zone located at the top of Via del Pigneto has in  recent years been a hot spot for nightlife in Rome.

P.S. Every fourth Sunday of the month the pedestrian area in Via del Pigneto bursts into a rather special bustling market where anyone may bring along their own wares from home to sell, which have most probably been long forgotten and dug up from the cellar.

Located outside the strictly tourist circuit, San Lorenzois an extremely lively district with a touch of the bohemian to it. The lights from the bars and clubs, craftsmen’s workshops and artists’ studios make sure this part of the city is very much alive virtually around the clock. Designed as a work-class area (take note of its characteristic buildings with internal terrace walkways) it has always been a world unto itself, like a village community where the people take pleasure in passing the time of the day in the streets and in the squares by night. Today it is a popular student quarter, a kind of New Yorl village, where the quality of life is very much valued.