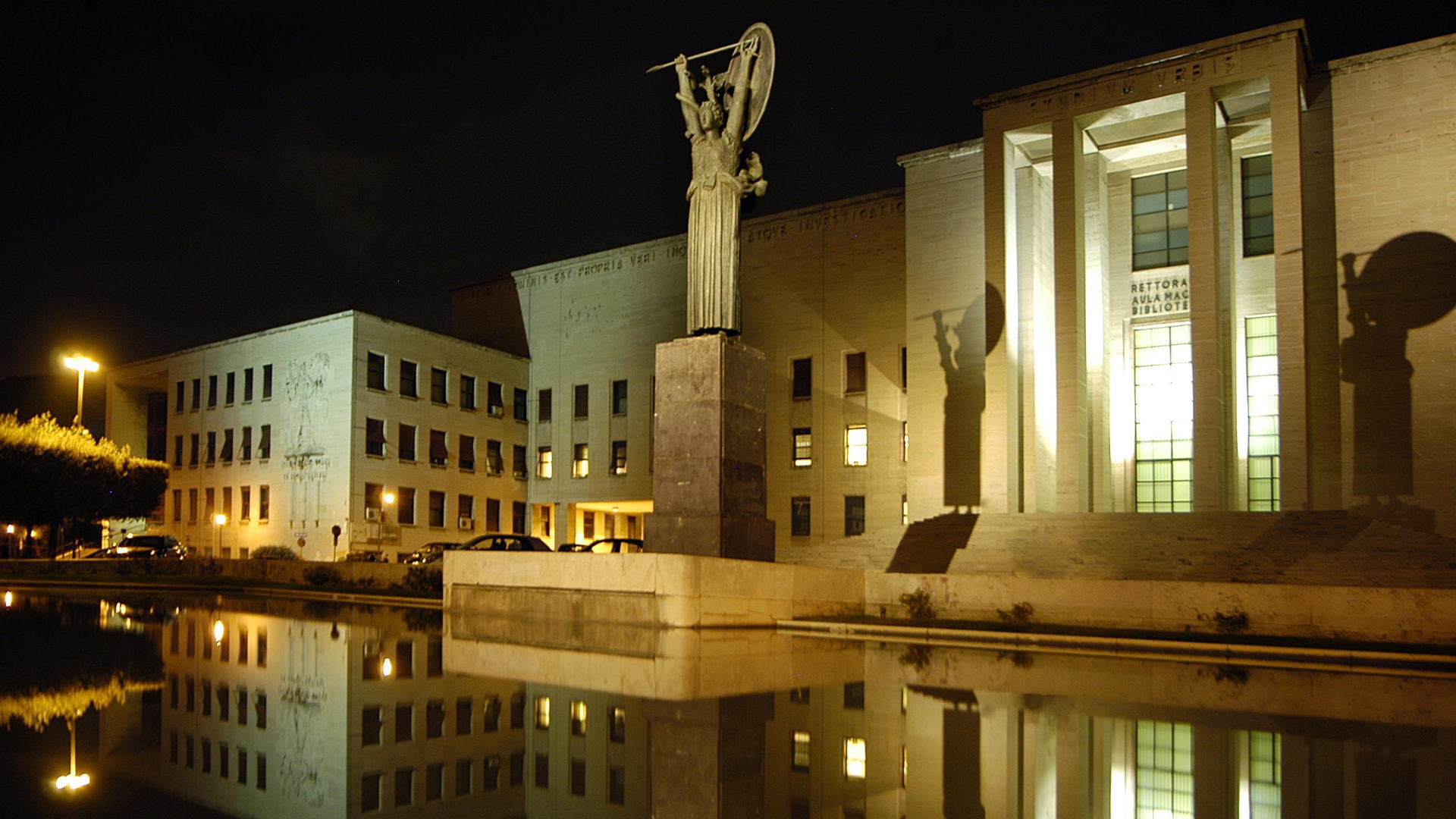 Inaugurated in 1935 in the presence of King Victor Emmanuel III, the construction of the Città Universitaria (University City) had begun only three years earlier, when the project for building “a city within a city” – as a single, modern and functional seat for the many faculties of the historic city university founded in 1303 by Pope Boniface VIII – was entrusted to Marcello Piacentini.

The team coordinated by Piacentini included young architects and established professionals, including proponents of rational architecture Giuseppe Pagano and Giovanni Michelucci and the so-called academics Gaetano Rapisardi and Arnaldo Foschini. The stylistic compromise between rationalist solutions and academic monumentalism led to a balanced and extraordinarily sober ensemble that still maintains its quality today, despite subsequent modifications and modernizations. Due to the functional distribution of the volumes, the absence of unnecessary decorations and the use of advanced technology, the complex has often been considered as one of the best results of the Fascist period.

The main entrance is in Piazzale Aldo Moro (formerly Piazzale delle Scienze): a monumental entrance, marked by the tall and solemn propylaea of ​​Arnaldo Foschini, gives access to a wide tree-lined avenue bordered by the faculty buildings. In the background there’s the bronze statue of the Roman goddess Minerva, one of the symbols of the university, placed on a pedestal in a pool of water. Behind it, the massive bulk of the Palazzo del Rettorato, designed by Piacentini. The large square that closes the avenue re-proposes, in size, the proportions of the Agonal Circus in Piazza Navona and, in the form, the classic space of the Forum.

Giuseppe Capponi’s Institutes of Botany, one of the most avant-garde projects, full expression of Italian rationalism, that of Physics by Giuseppe Pagano and Gio Ponti’s School of Mathematics, with its curves hidden by the front façade, are among the buildings of architectural value. There are also several buildings decorated with frescoes and statues, both in the internal and external spaces, according to a precise artistic-decorative program that involved well-known artists, including Mario Sironi who made the large fresco representing “Italy among the arts and sciences” in the Aula Magna of the Rectorate.