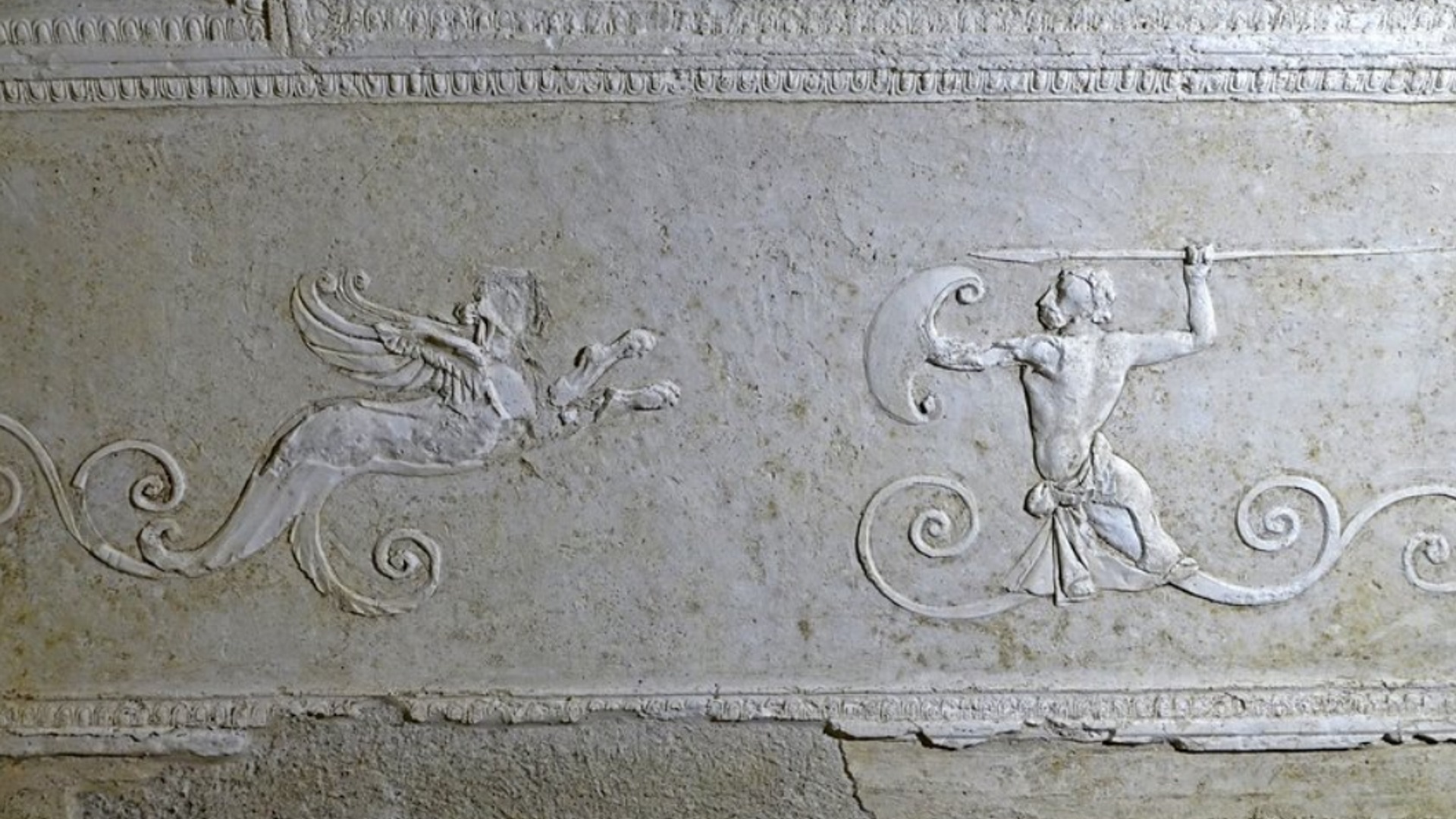 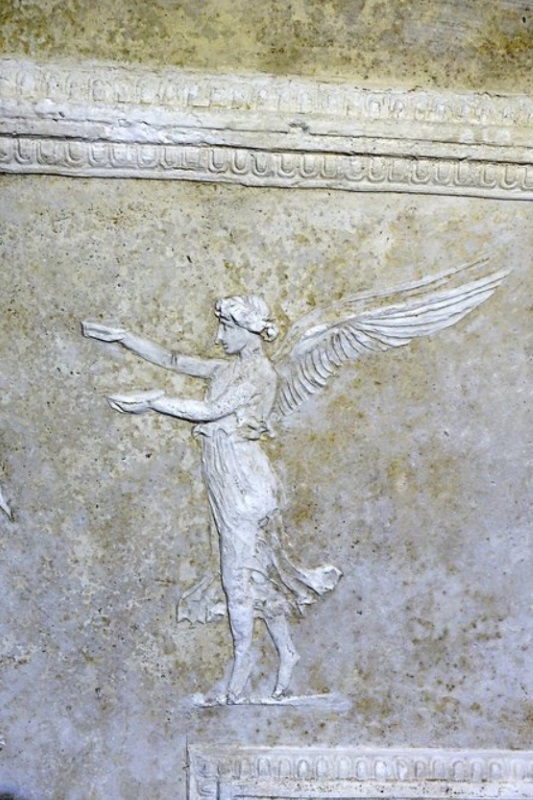 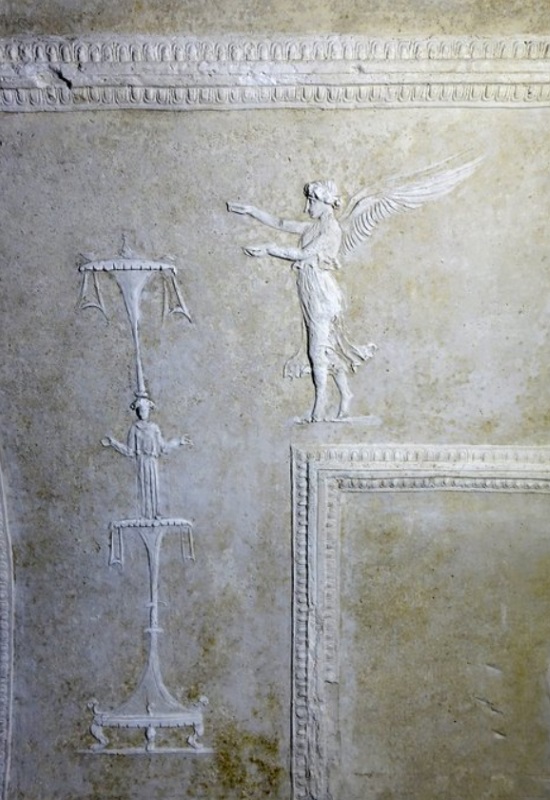 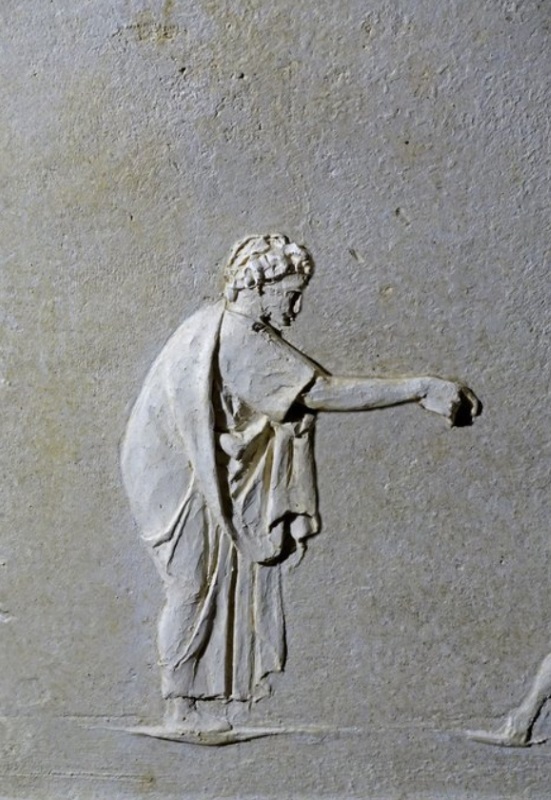 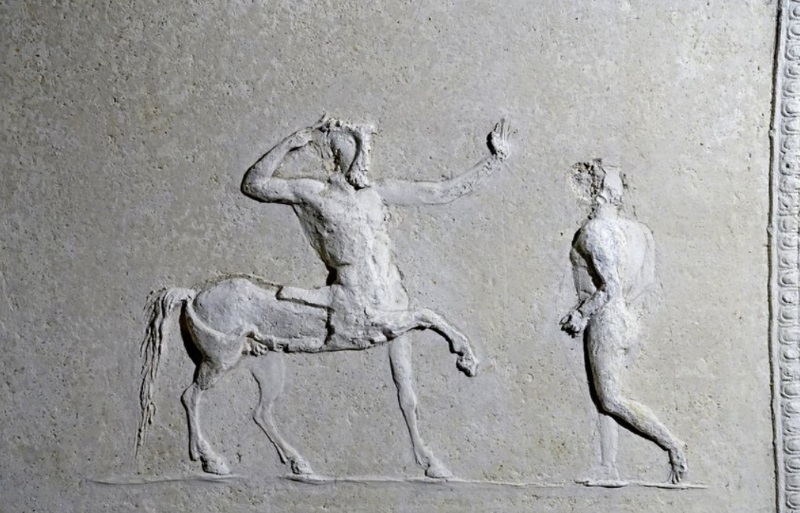 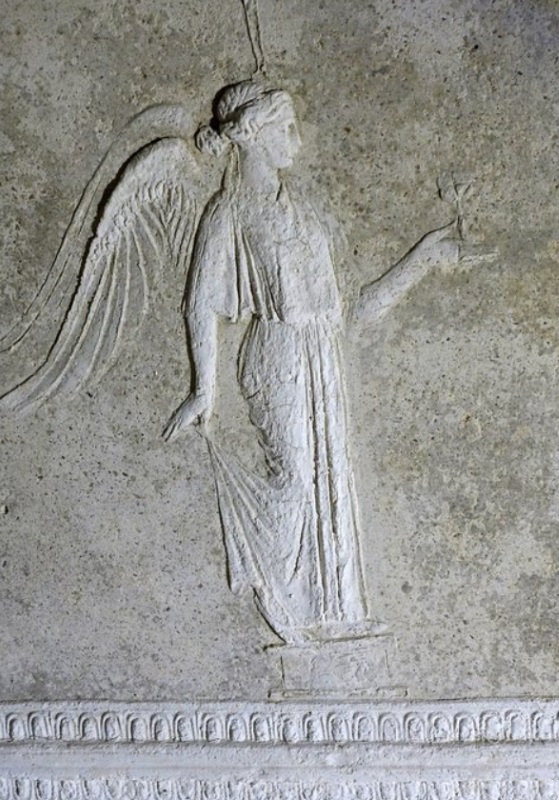 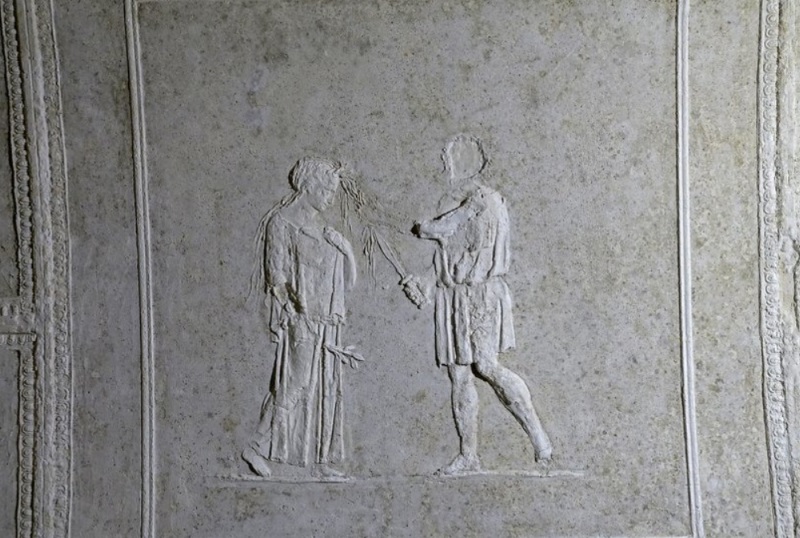 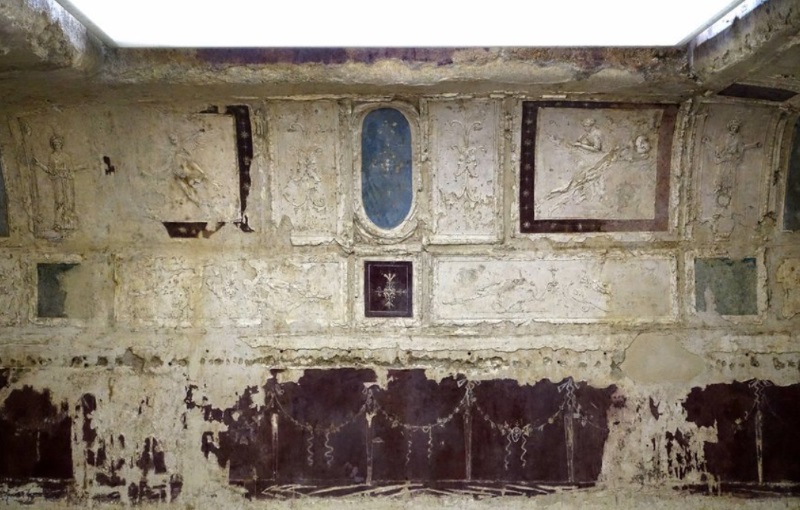 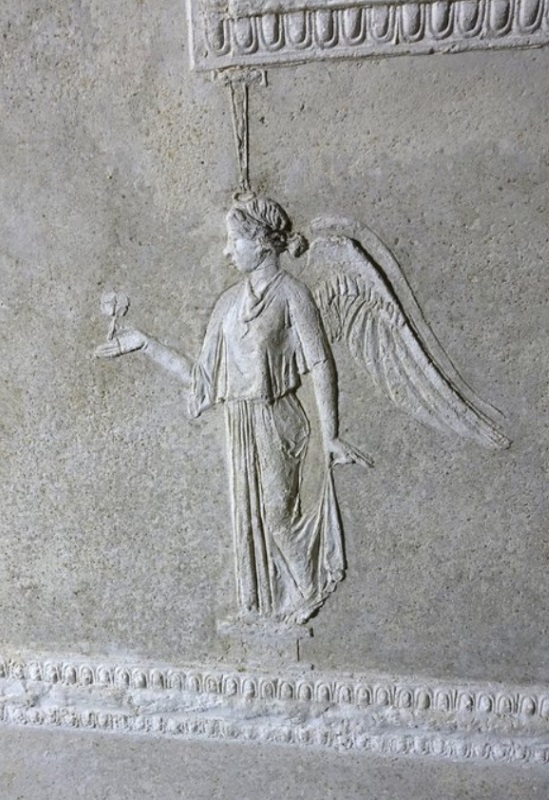 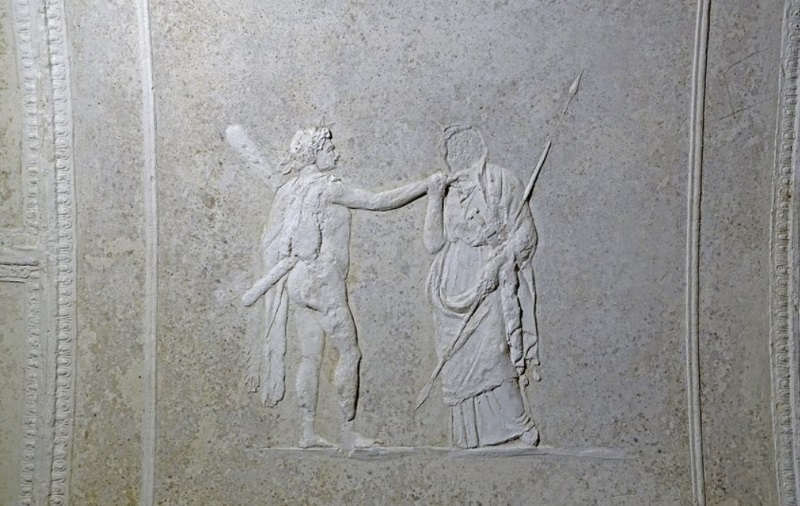 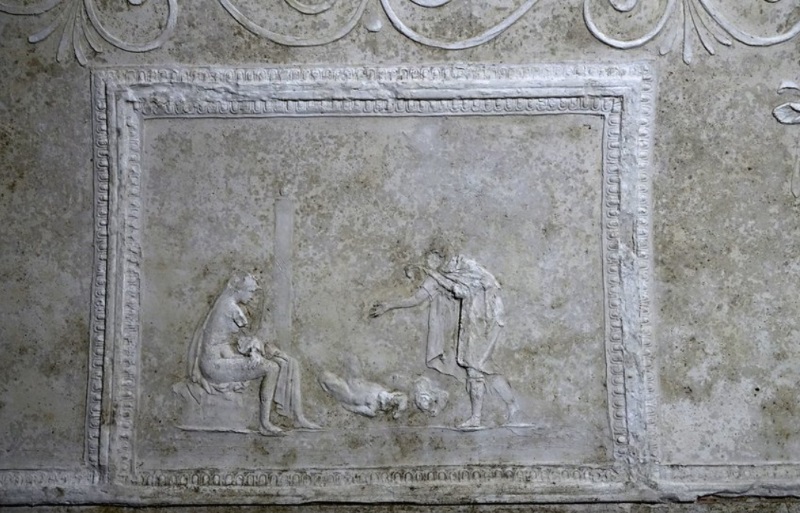 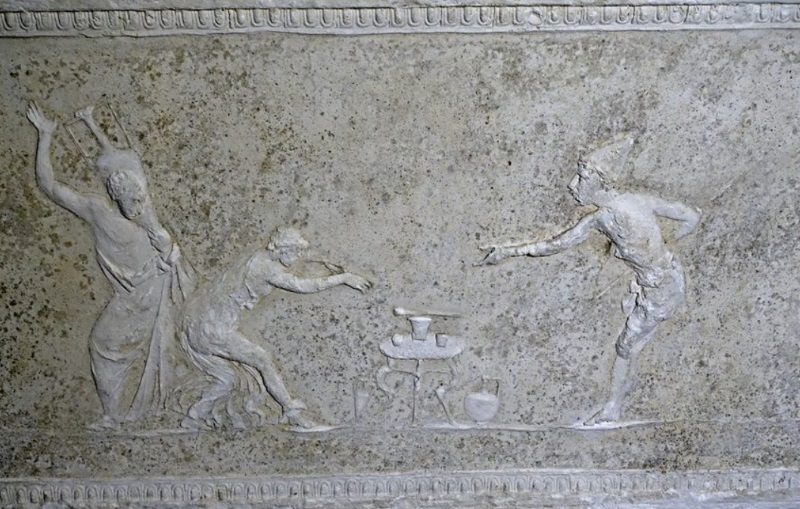 The building was accidentally found in 1917 under the Rome-Naples railway. There are various hypotheses on its use. It was interpreted as a neo-Pythagorean sanctuary destroyed under the emperor Claudius or, more likely, as a funeral basilica datable in the late Augustan or Tiberian era.

The Basilica is about 9 meters below the level of the current Via Prenestina, and is divided into three different environments:

Inside the complex, there is a precious floor decoration with a white mosaic texture with black bands. On the walls, and on the vaults, there are alternating frescoes in the Vestibule and figured stuccos especially in the Basilica hall.

The frescoes portray scenes from classical mythology, like the ones depicting Sappho in the act of launching herself from the cliff of Lefkada, Ganymede kidnapped by a winged genius and the abduction of one of Leucippus’ the daughters.

The decorations display many female figures, and images of objects such as vases, candelabras, and musical instruments. On the walls, you can admire the large panels with stylized landscape representations.

The vestibule is characterized by a polychrome vault divided into figured squares, while on the walls the landscape themes with birds and floral wreaths are repeated.

The basilica has been interpreted as a place of worship or funerary building. It is connected to the vast properties of the Gens Statilia to which also the columbarium belongs. It is still visible today about 200 meters away.

Beyond the hypotheses on its function, the elegant decorations make this basilica a work of art dating back to the beginning of the I century AD. The same subjects and style can also be found in its contemporary columbarium of the Statilii, cryptoporticus on the Palatine Hill, and in the Golden Vaulted room of the Domus Aurea. 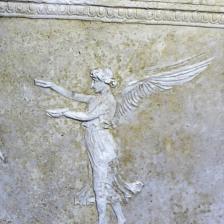 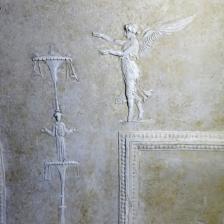 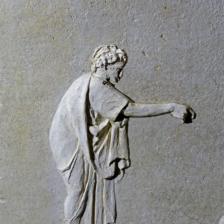 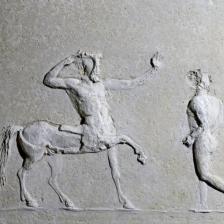 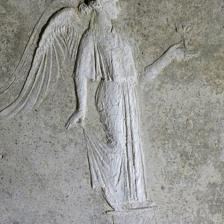 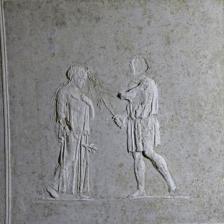 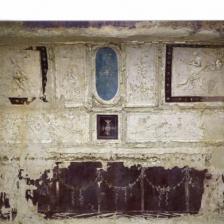 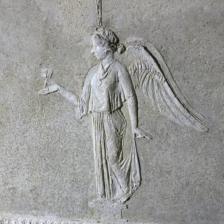 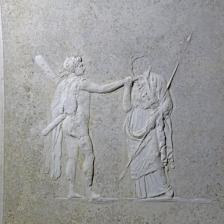 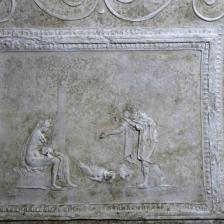 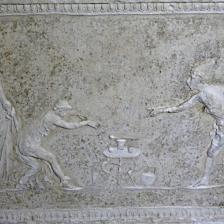