The Church of Sant'Angelo in Pescheria 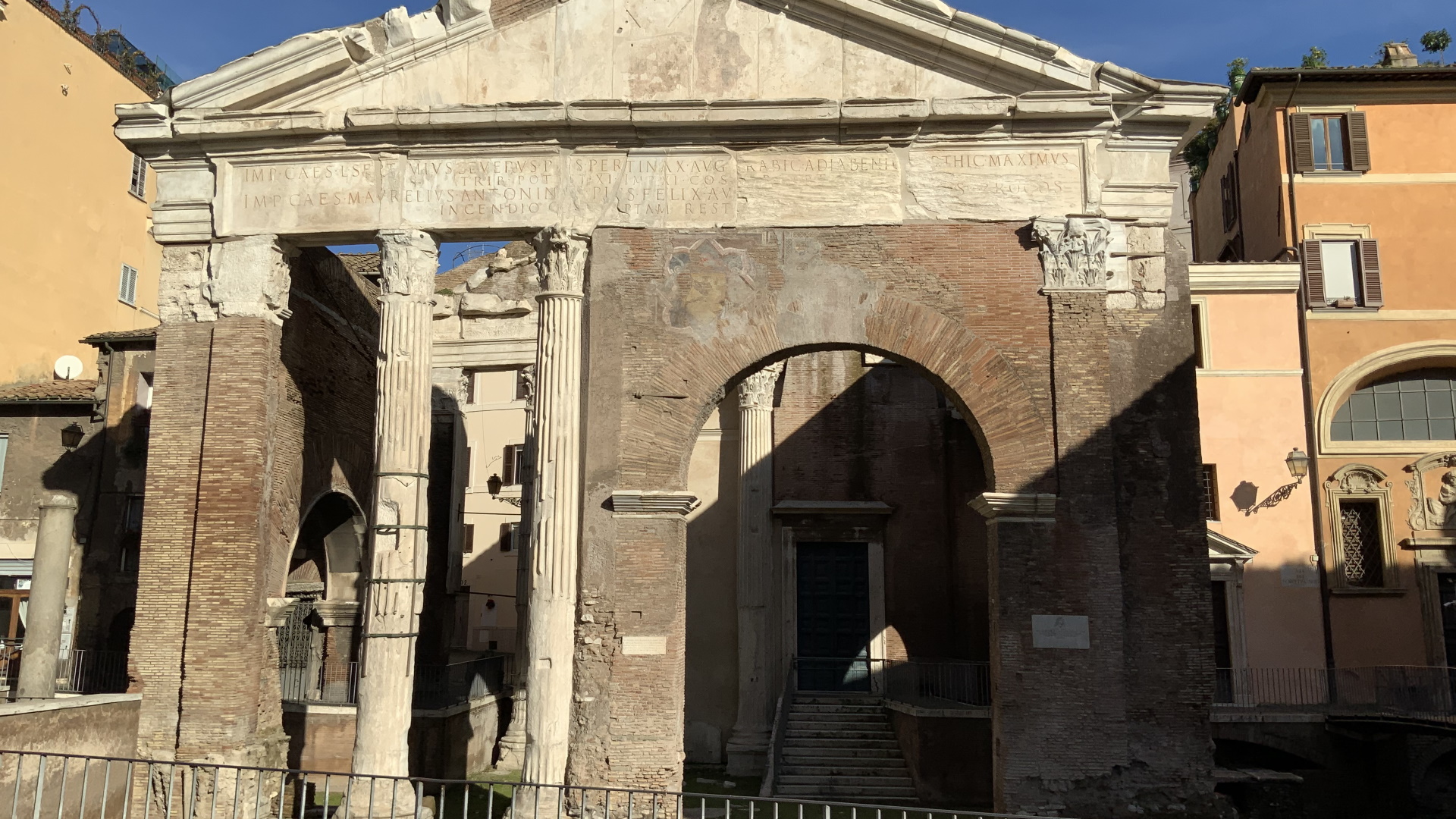 Below and around the remains of the Portico d'Ottavia, dedicated by Emperor Augustus to his sister, a fish market was held during the Middle Ages and up to the 19th century.

In the 8th century, a church dedicated to St. Paul was built under the Portico. It was then dedicated to St. Michael the Archangel, and, in the 12th century, it was renovated with a Romanic belltower and had its name changed in Sant'Angelo in foro piscium to recall the fish market.

Throughout the Middle Ages, the church was at the center of lively city life, and it was from here that, on the night of Pentecost in 1347, Cola di Rienzo (1313 - 1354) headed towards the Capitol Hill to restore the Roman Republic.

The facade of the church, a simple brick wall, is set in the rear colonnade of the Portico. Its interior, richly decorated with frescoes and polychrome marbles, is divided into three naves: the central one is wider than the side ones and is the only one with windows. Above the entrance, you can admire the beautiful organ commissioned by the community of fishmongers to Pietro Pantanella in 1877. At the center of the vault is the fresco depicting the Glory of Saint Andrew by Innocenzo Sacconi. In the second chapel on the left, you can see the Madonna with Child and Angels, a fresco by Benozzo Gozzoli (1450). The church also houses a Crucifix from the 16th century. The Chapel of Sant’Andrea was built in 1571 as the seat of the rich Compagnia dei Pescivendoli. The Chapel of the Blessed Sacrament, at the end of the right aisle, contains precious works of art framed by gilded stucco.

Also in polychrome marble, in the center of the floor, is the coat of arms of the University of Fishmongers. It depicts a fish in the water, a deer (a symbol of an ancient nobility), and two geese (fidelity).