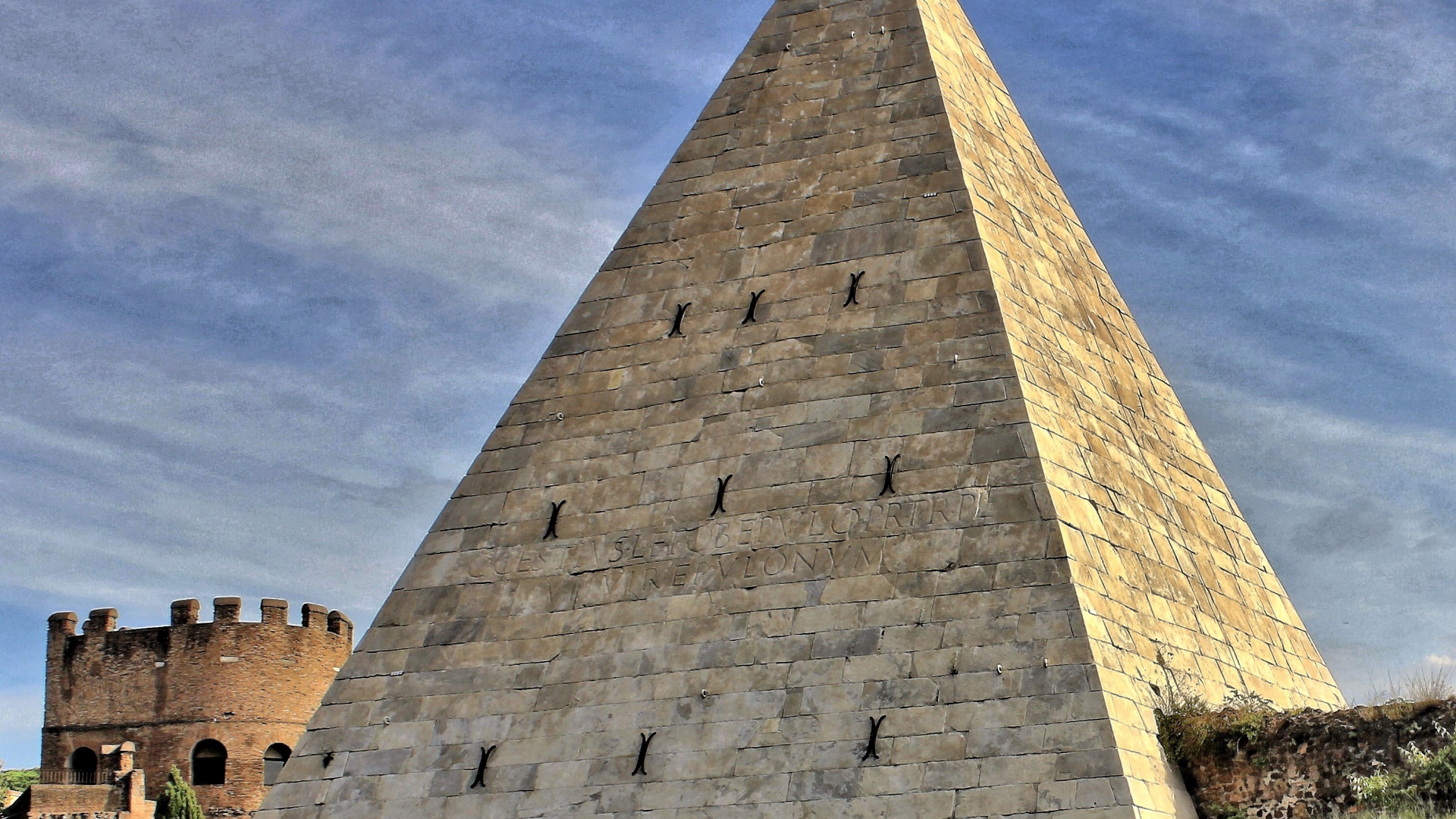 Established on 9 December 1921, and located on the left bank of the Tiber, Rione XX - Testaccio is the familiar and true soul of Rome. Here, Romans and tourists gather in the numerous characteristic trattorias to taste the excellent dishes of traditional Roman cuisine or to sip a cocktail with friends in one of the many trendy bars that animate the Capitoline nightlife.

The name of the rione derives from Mons Testaceus, the Monte dei Cocci, a mount rising on the so-called "testae," the amphorae. Mostly coming from the distant Roman provinces, they contained food or drinks for the citizens of Rome. The amphorae were emptied by the millions, abandoned in this area, and then destroyed.

After the Middle Ages, when the area ceased its function as a landfill, Monte Testaccio became the site of popular events, from the ancient public games, such as the Ludus Testacie (a sort of bullfight), to the famous "Roman October" of the 19th century, harvest closing parties. Later, at the base of the hill, caves were dug, used as cellars and stables (the so-called "grottini"), which have become restaurants, disco-pubs, and meeting places for the young Romans.

Among the most representative monuments, places of interest, and religious buildings of the district we can mention the Non-Catholic Cemetery which, in its monumental tombs, houses the mortal remains of illustrious personalities, artists and poets such as John Keats, Percy Bysshe Shelley, the already mentioned Monte dei Cocci, an artificial hill 54 meters high by 1 kilometer in circumference built on the remains of ancient Roman amphorae, the Pyramid of Cestius, the original burial of the praetor, tribune of the plebs and member of the Collegio dei Septemviri Epulones Caio Cestio built between 18 and 12 BC., Ponte Sublicio, the bridge that connects Porta Portese with the Testaccio area, the Church of Santa Maria Liberatrice, the parish church of the rione dedicated by Pope Pius X to the memory of the Roman people, the Mattatoio, one of the most important buildings of industrial archeology in the city for the modernity and originality of its structures, today a place consecrated to culture and contemporary art, the archaeological area of ​​the Emporium, the ancient river port of Testaccio built in the first century AD, which represented one of the fundamental commercial hubs for the supply of the whole city. Here the goods from all over the Mediterranean arrived. Wine, wheat, garum - fish entrails sauce used as a condiment - and, above all, oil, once landed in the ports of Ostia and Porto reached the city markets.

"The cemetery is an open space among the ruins, covered in winter with violets and daisies. It might make one in love with death to think that one should be buried in so sweet a place." Thus, Percy Bysshe Shelley described the Non-Catholic Cemetery of Testaccio, a romantic place where art, beauty, and nature weave a plot full of suggestions and references to the past. This splendid place is still in use since 1716. The cemetery, a Monumental Area of ​​National Interest since 1918, has been home to about 4000 burials, essentially English and Germans, but also Italians, Americans, Scandinavians, Russians, Greeks, and some Oriental, of all religious denominations from Islam, to Zoroastrianism, from Buddhism to Confucianism.

The rione coat of arms is a gold amphora on a red background. 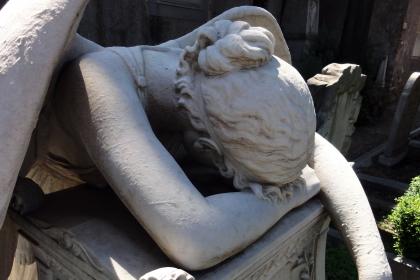 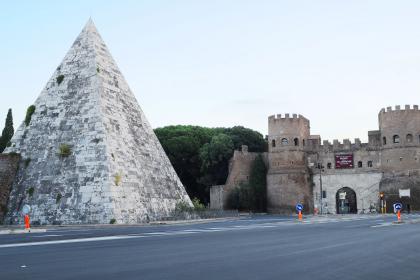 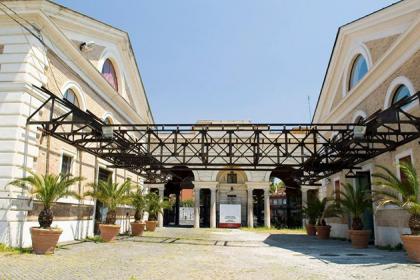 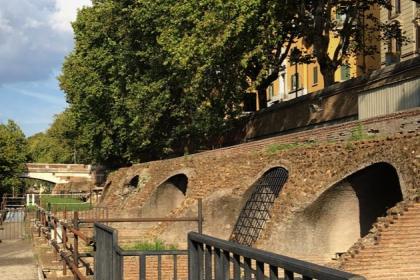