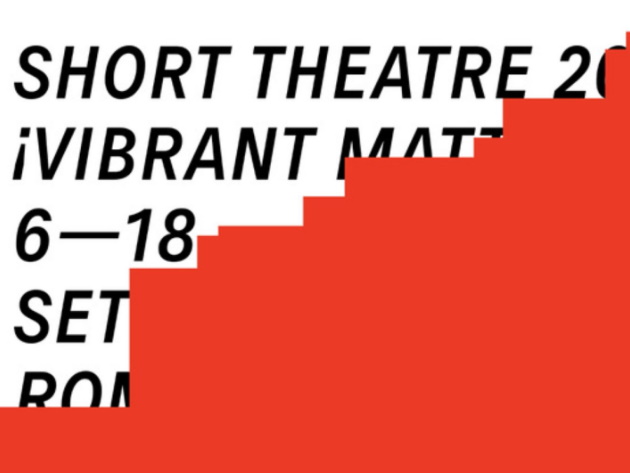 Short Theatre is the festival of performing arts that crosses Rome and the world of contemporary creation with thirteen days of music, theater, dance, performances and installations, DJ sets, meetings, and public art projects. It brings together artists, theorists, musicians, poets, authors, collectives, and spectators from the different souls of the city.

The collaboration between Teatro di Roma - Teatro Nazionale and Short Theatre is the very life of the festival, which was born in 2006 in the spaces of Teatro India as a celebration dedicated to short and more experimental formats.

The convergence between Teatro di Roma and Short Theatre manifests in several projects that give rise to a space of proximity and relationship between artistic practices, theoretical thought, and the forms of life that abound in the city.

Teatro di Roma collaborates with the festival on the occasion of the presentation of the only two Shadowpieces V and IX by Cindy Van Acker, who returns to Rome in a chain of looks match in June with Buffalo to conclude now at Short Theatre 2022.

Teatro Argentina hosts Crowd by Gisèle Vienne, one of the international figures who has radically rethought the paradigms of the contemporary art scene.