Basilica Santa Pudenziana at the Viminale 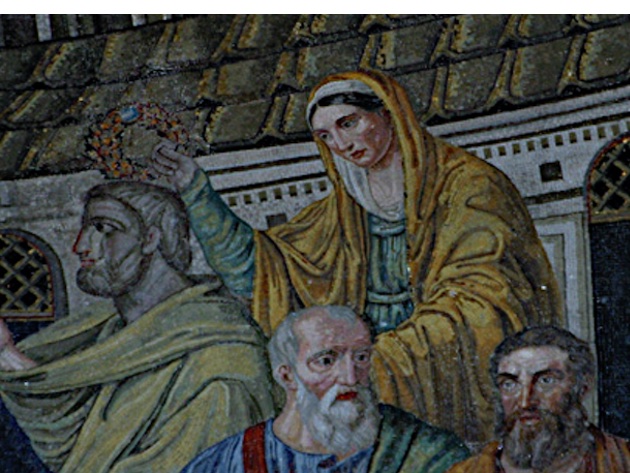 The basilica of Santa Pudenziana at the Viminale near Santa Maria Maggiore is one of the oldest churches in Rome and was built, according to tradition, on the domus of Senator Pudente, converted to Christianity by the apostle Peter together with his martyred daughters Pudenziana and Prassede during the persecution of Antonino Pio.

The basilica, with three naves, was built in the 4th century AD. on the remains of roman baths dating back to two centuries earlier. Rebuilt by Pope Adrian I in the eighth century, it underwent, over time, various restorations, under the pontificates of Gregory VII and Innocent III, to whom we owe the bell tower. Further interventions date back to the sixteenth century, by the hand of the architects Francesco da Volterra and Carlo Maderno.

The façade has an elegant 11th century frieze, with the medallions of Shepherd and Pudente, Pudenziana and Prassede, and in the middle, the mystical Lamb. Inside we can admire the wonderful 4th century mosaic in the apse.