House of Diana, Insula of Jupiter and Ganymede and Insula of the Yellow Walls 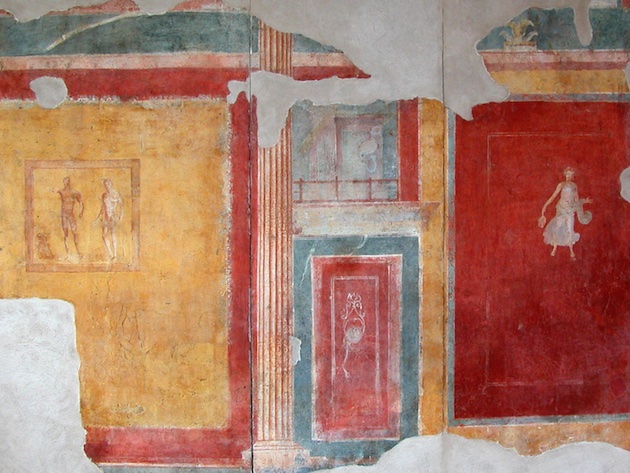 The insulae and domus are among the most important finds that can be visited today in the archaeological park of Ostia Antica. The former are multi-storey condominium homes and represent an interesting example of public housing from the imperial era. The latter are instead residences of the middle classes and therefore richer from an aesthetic point of view.

Among the most important popular buildings we remember the House of Diana, the Insula of Jupiter and Ganymede and, finally, the Insula of Yellow Walls.

The House of Diana is on four floors and dates back to the 2nd century AD. Its name is due to a painting depicting Diana the Huntress, found at the entrance to the building. The ground floor is characterized by the presence of floors with black and white mosaic tiles. Going up, you can find the apartments, whose commercial value, at the time, decreased to the top floor, normally occupied by the lower classes. Outside the building there were shops, typically equipped with a back room and a mezzanine.

The Insula of Jupiter and Ganymede dates back to the Hadrian age and is spread over two floors accessible by internal stairs. The apartments overlooked a courtyard and at the time of Commodus some rooms were used as tabernae decorated with frescoes including the Birth of Venus, Jupiter and Ganymede, Leda and the Swan.

Finally, the Insula of Yellow Walls, from the 2nd-3rd century AD, is characterized by rooms paved with mosaics with geometric designs and the walls are adorned with frescoes on a yellow background depicting architecture and natural landscapes.

The visit is suspended during the Covid emergency.