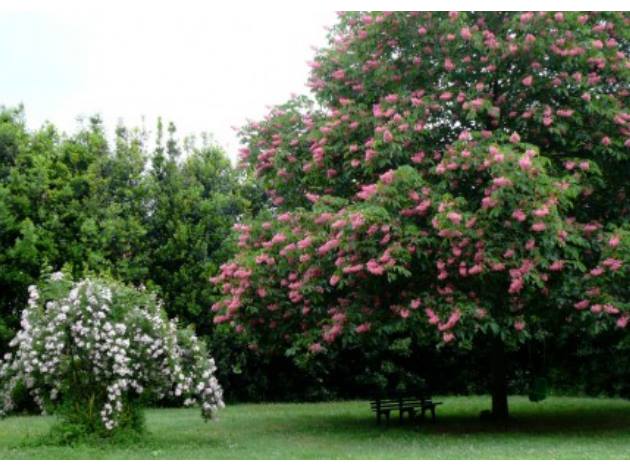 In the heart of the Roman countryside is the splendid private rose garden, born in the '70s from the passion of the architect Maresa Del Bufalo, known as the "Queen of roses".

It is considered one of the most beautiful gardens in Italy by experts and enthusiasts. It covers an area of ​​12,000 square meters, crossed by grassy paths and small meadows. Apothecary's, Muscat, Alba, Damask, Portland, Centifolian, English and Moss roses bloom in an explosion of colours and scents. Trees of various species (including pear, apple, cherry and apricot trees) are natural supports of lush climbing roses.

Open to the public during the blooming period, the famous garden hosts 1200 varieties of roses, including ancient and new specimens. One of the new hybrid - the "Luciano del Bufalo Rambler" - was requested by the Municipal Rose Garden in Rome, the Public Rose Garden of Baden Baden in the Black Forest, the Rose Society in Islamabad, and many enthusiasts around the world.