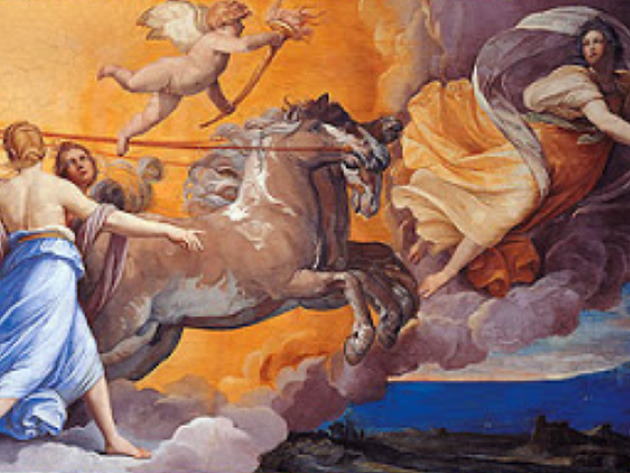 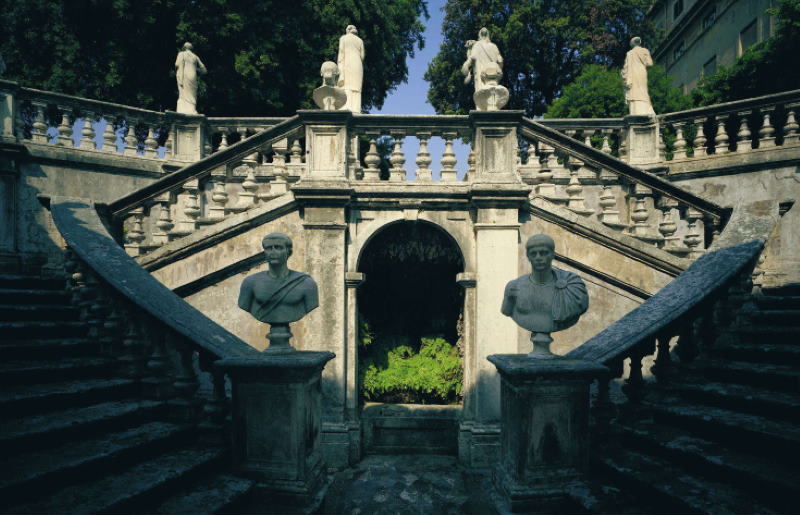 Built over the ruins of the Baths of Constantine on the Quirinale hill and today hidden by a large wall running along Via XXIV Maggio, Palazzo Pallavicini Rospigliosi was begun in 1613 on a project by Flaminio Ponzo for Cardinal Scipione Borghese, nephew of Pope Paul V, one of the most influential men in Rome, a great admirer of the arts and an extraordinary patron. The vast complex was dotted with small loggias, one of which is the famous Casino dell’Aurora.

Designed by the Flemish architect Jan van Santen (known in Italy as Giovanni Vasanzio) to host summer banquets and concerts, the Casino is a jewel of early 17th century Roman baroque: giving access to the building is a double flight of stairs, known as “Scala della Pastorella”, decorated with Roman statues and busts found in the basement of the building during its construction, which leads to a hanging garden overlooked by the three large windows of the central pavilion of the Casino.

The façade is decorated with magnificent slabs from Roman sarcophagi of the 2nd and 3rd centuries AD, which recount ancient mythological tales linked to the subject of love-death and the immortality of the soul. But the name and fame of the Casino are due to the famous fresco with the Aurora by Guido Reni, painted on the vault of the central room, considered one of the pinnacles of European painting for the use of colors and the rendering of figures. On the ceiling, the Dawn flying through the air scattering flowers and preceding the chariot of the Sun led by Apollo, surrounded by Phosphorus, the first star of the morning, and the Hours. Painted as if it were a canvas to hang on the wall, as early as the 17th century it was said that it should be observed through a mirror to better appreciate the immense work.

Framed by gilded stuccoes, the fresco is surrounded by works by other exponents of early Baroque painting: two friezes by Antonio Tempesta with the Triumphs of Fame and Love, four panels with the Seasons by Paul Bril and putti by Cherubino Alberti. The decoration is completed by 17th-century marble busts and Roman sculptures, including the famous “Artemis the huntress” and the “Rospigliosi Athena”. The ceiling of two side rooms were frescoed by Domenico Crespi, known as Il Passignano, with the “Battle between Renaldo and Armida” and by Giovanni Baglione with the “Tale of Armida”, and some paintings from the wonderful Pallavicini Collection are still kept there, including works by Guido Reni and Luca Giordano.

Despite the beauty of the place and the decorations, a few years after the end of the works Scipione Borghese sold the estate to the Altemps family. Passed through several owners, in 1708 it was bought by the Pallavicini-Rospigliosi family to which it still belongs today. 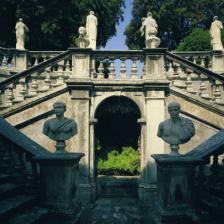