Garlic and onions in the Roman cuisine 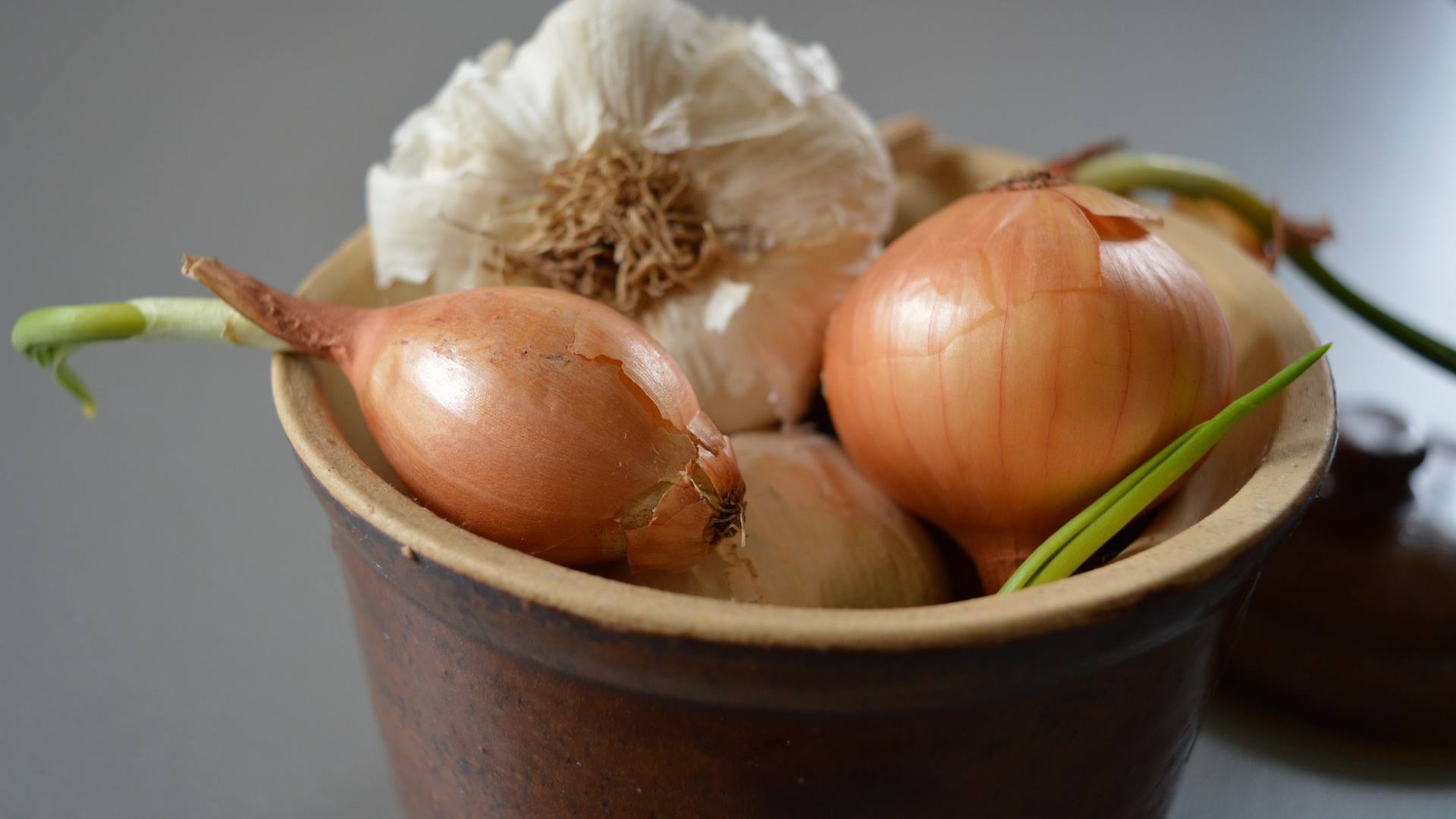 Modest and aromatic, onion and garlic are two fundamental ingredients of traditional Roman cuisine, rich in intense and genuine flavours. Their organoleptic qualities are vitally important for the success of a dish, determining its taste.

"Ubi allium, ibi Roma", where there is the scent of garlic, there is Rome! This common saying showed how garlic was a precious bulb already in ancient Rome, considered the sacred plant of the god of war, Mars. Even the legionnaires used to eat it before the fighting for its reinvigorating properties.
Over time, garlic has exclusively characterized the Roman gastronomic tradition, making its appearance in many recipes: lamb, alla cacciatora and a scottadito, puntarelle (chicory), Roman-style artichokes, spaghetti "ajo, ojo and peperoncino" (spaghetti with garlic, oil and chilli) and bruschetta.

Onion is the other protagonist of numerous dishes, such as soups, sauces, risottos, omelettes, sautéed. The Capitoline tradition also wants it alone, served with bread. A low hill, Monte Cipollaro, was once to be found between San Giovanni in Laterano and Santa Croce in Gerusalemme. It was an area set apart for the cultivation of onions and garlic. "Cipollaro" also meant the street onion seller.

With good bread, a head of garlic, salt, black pepper and plenty of extra virgin olive oil, we propose you a traditional, easy and delicious preparation: the crunchy bruschetta with garlic and oil by Ada Boni. A flavoursome Roman treat to rediscover and share with family or friends, drinking an excellent glass of Castelli Romani wine.

Directions
Brown your bread (two or three slices of bread or pagnottine split into two parts) on open flames. When the bread has been toasted sufficiently, rub on the garlic. Then heat once more over the flames. Lay the bruschetta toast on a plate, sprinkle with salt and pepper, and add the olive oil.