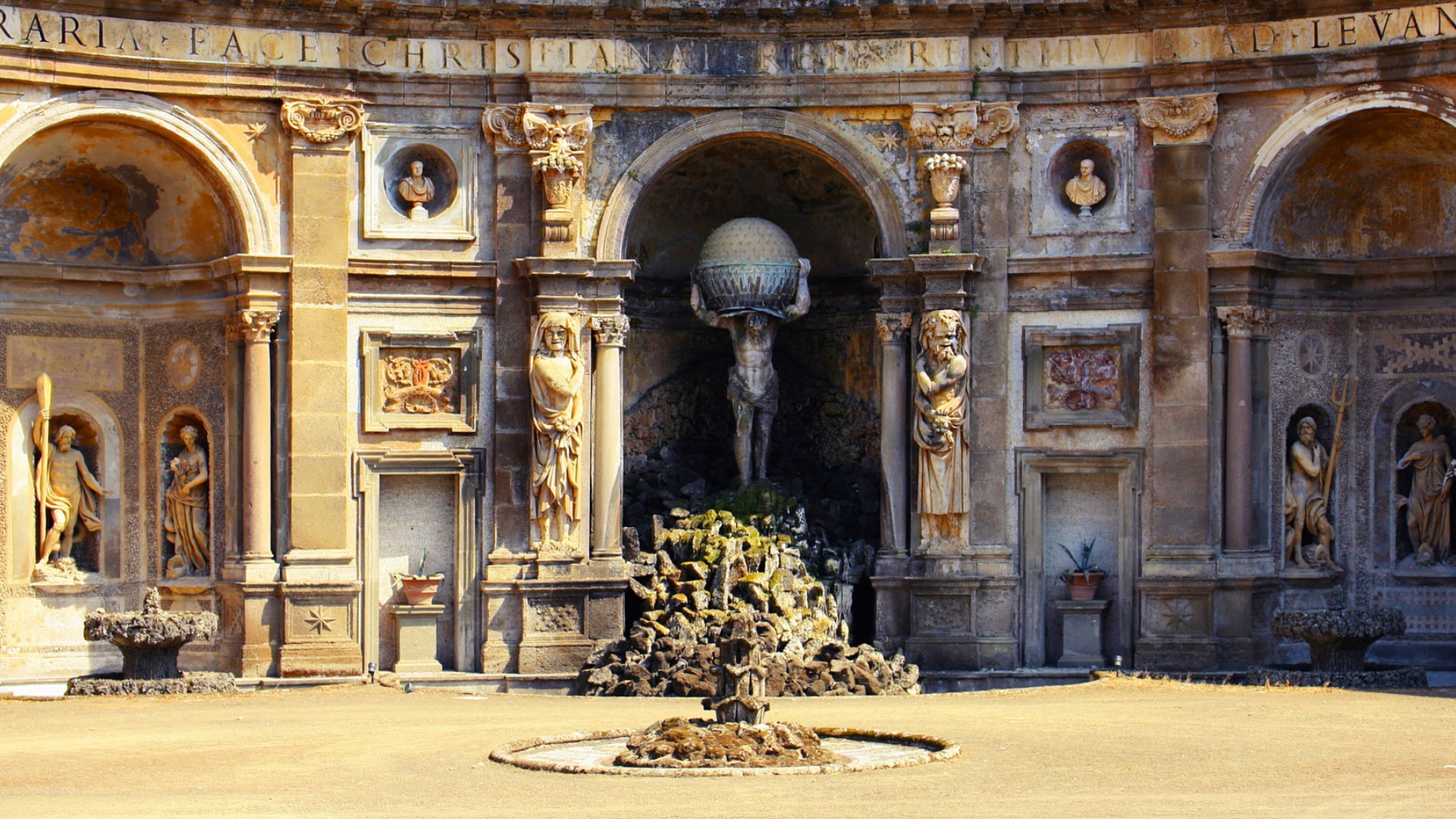 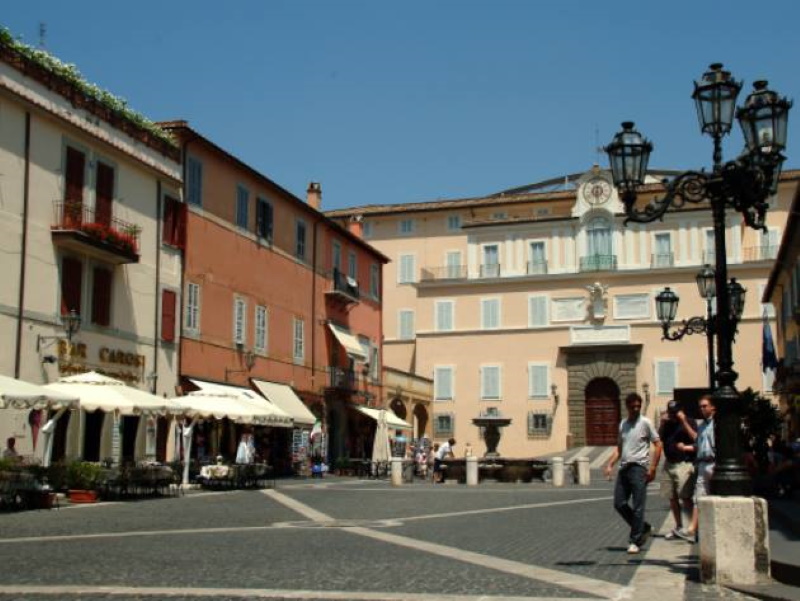 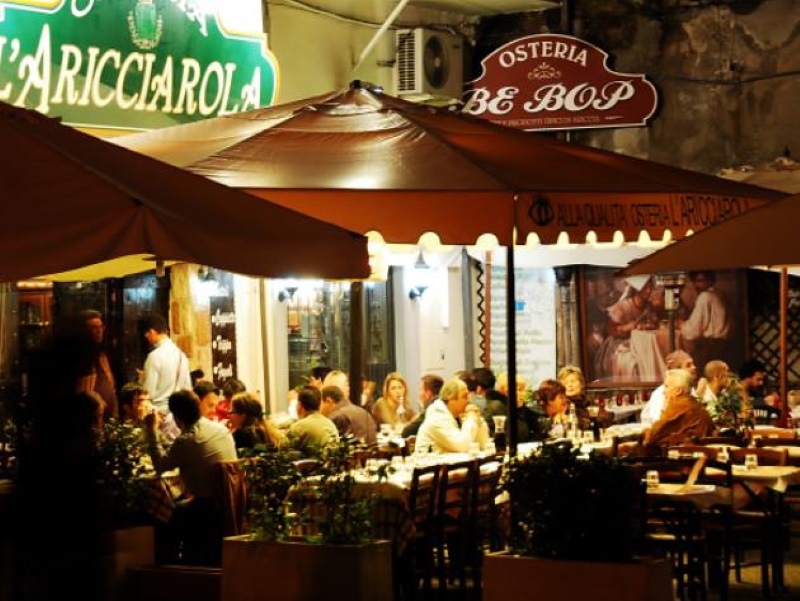 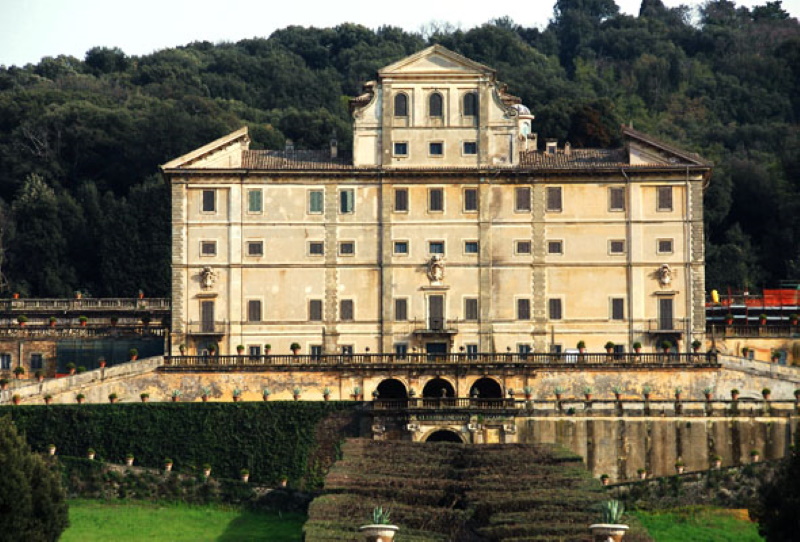 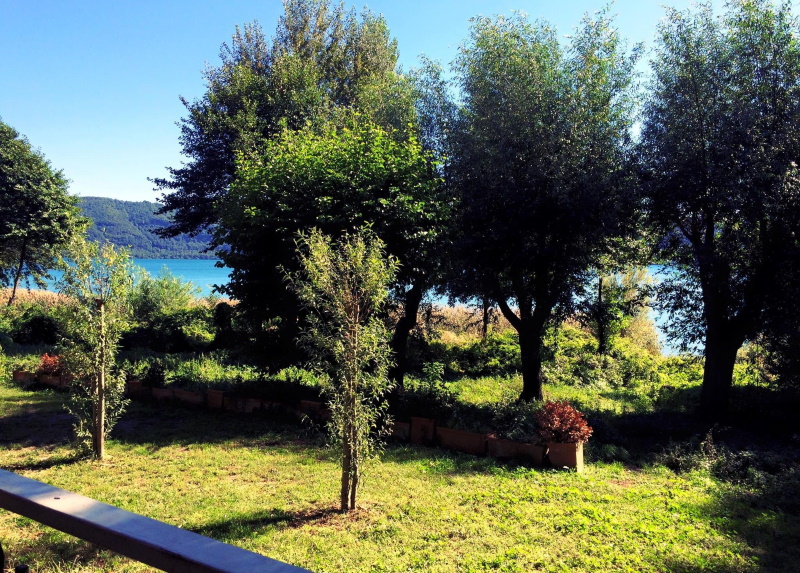 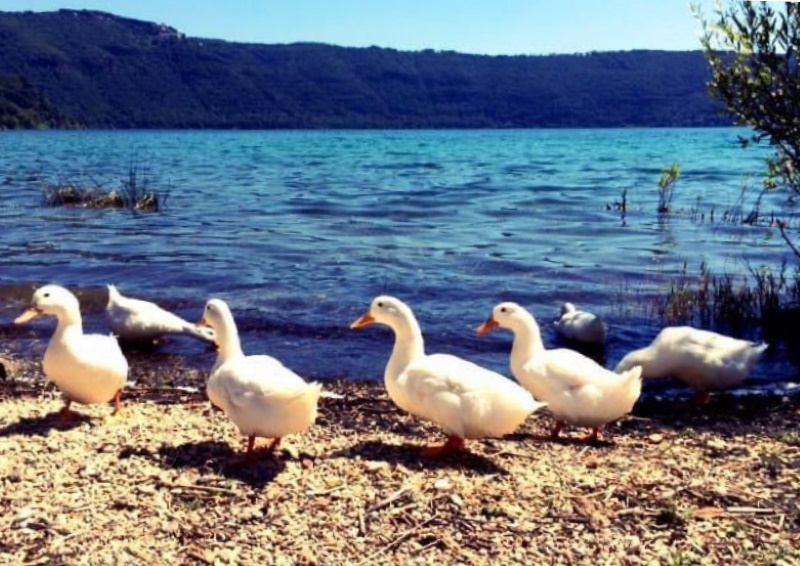 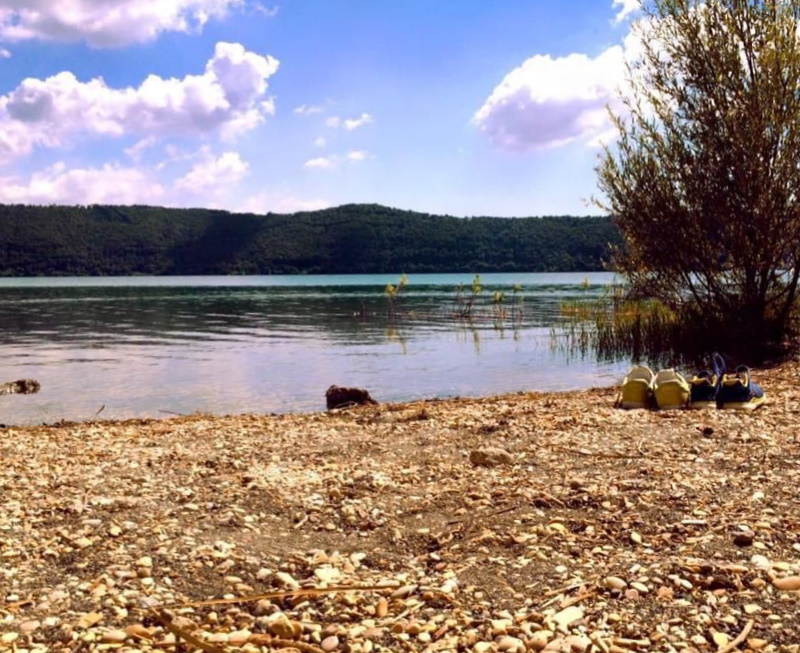 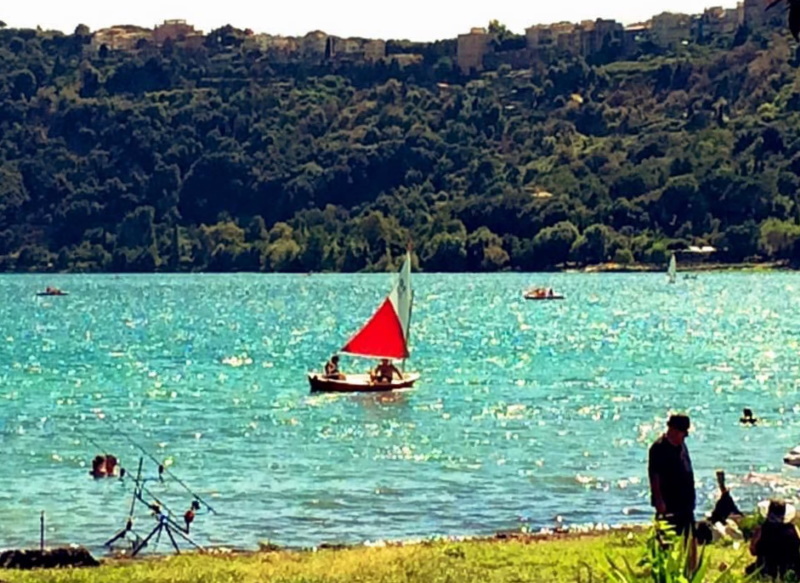 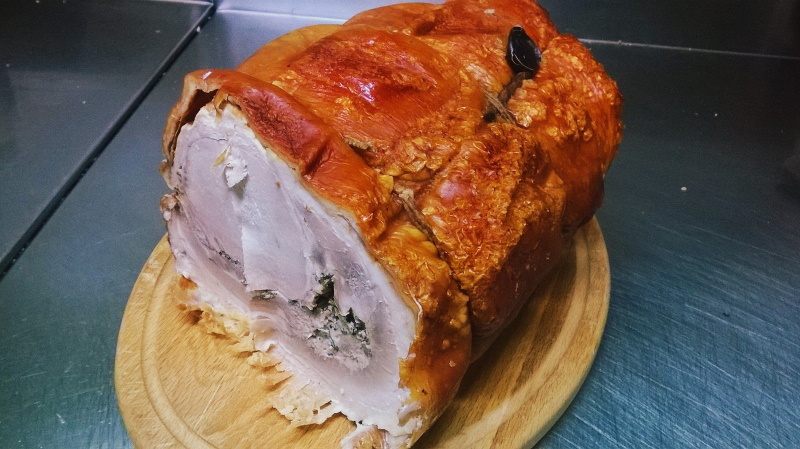 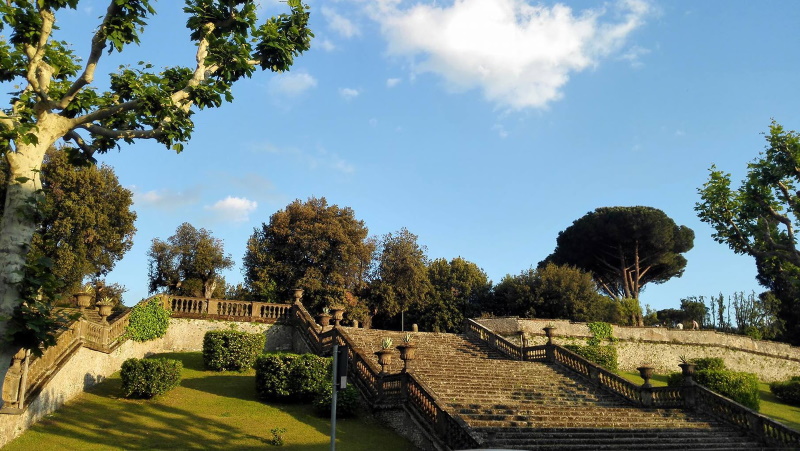 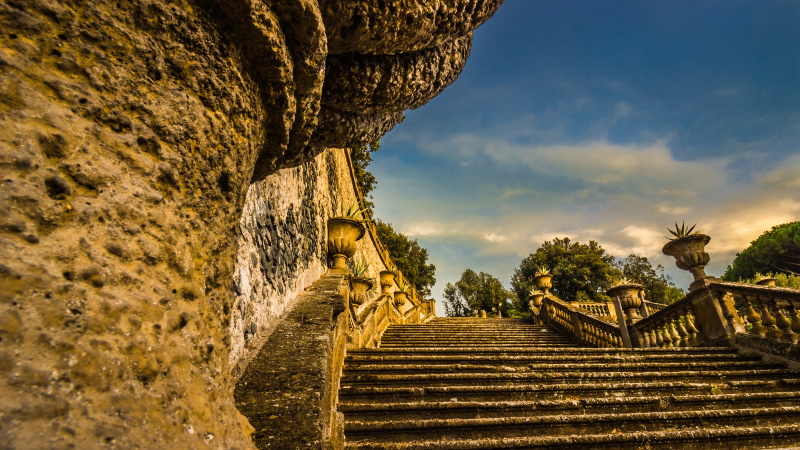 Located south-east of Rome, the area geographically referred to as Colli Albani has numerous urban settlements called Castelli Romani since, in their history, they have all gone through a period of subjection to the local lord. Since ancient times and continuing during the Renaissance, the area was very famous for its healthy and breezy climate. Emperors, popes, and ecclesiastical dignitaries had luxurious residences still partially preserved between the lakes and the ancient volcanic craters that characterize them.

The magnificent natural environment that characterizes the area is today the Regional Park of the Castelli Romani. It offers many historical-artistic itineraries but also hiking and landscape for everyone.

The area includes 17 municipalities and various itineraries to be covered on foot or by bicycle to discover the architectural and naturalistic beauties and the food and wine excellence. Not to be missed: the bread of Genzano and Lariano, the DOP wine of the territory, the grapes of Colonna, the "coppiette" of Ariccia, spicy strips of dried meat, the peaches of Castel Gandolfo and the "pupazza" of Frascati, a shortbread biscuit flavored with honey.

Below we point out some of the most attractive villages.

Located between Albano and Genzano, you can access it from the monumental bridge considered one of the most important engineering works of the 19th century. The vital city center stands on a rocky spur overlooking Vallericcia, an ancient dried-up lake basin where the remains of ancient Ariccia and Via Appia are.
The beautiful Piazza di Corte is by Bernini and houses the church of the Assunzione and Palazzo Chigi. They can be visited together with the vast park. Do not miss the Villino Volterra and the Sanctuary of Santa Maria di Galloro. Ariccia is also famous worldwide for its PGI porchetta. In September, a festival celebrates this delicious specialty.
Between the 18th and 19th centuries, the city was the destination of artists and writers who came here for their Grand Tour of Italy, staying at the famous Locanda Martorelli.

Inserted in the club of the most beautiful villages in Italy, Castel Gandolfo overlooks Lake Albano from the edge of the volcanic cone and is rich in historical and artistic points of interest, among which: the church of San Tommaso da Villanova, designed by Bernini, the Papal Palace, the work of Maderno with the collaboration of Bernini himself, built on the ancient feudal castle, and the Pontifical Villas Cybo and Barberini with the Papal Gardens wanted by Pope Urban VIII.
The city also houses interesting archaeological sites such as the Roman Villa of Publio Clodio Pulcro, the Alban Villa of Emperor Domitian, now visible inside Villa Barberini and, on the shores of the lake, two nymphaeums. Furthermore, the lake is equipped for bathing and has a beautiful path surrounding it that can be explored on foot and by bicycle.

Situated below Mount Tuscolo, Frascati is known as the City of Wine and is rich in important artistic and architectural works. Among these are the 15th-century Palazzo Vescovile and the imposing Church of San Pietro, the city's cathedral, by Mascherino.
From Piazza Marconi, you can enjoy a suggestive and ample view of Rome. Behind it, Villa Aldobrandini, flanked by the Stables building (now an archaeological museum and congress center), is a fascinating place designed at the end of the 16th century and equipped with spacious terraced gardens. A few steps from the center, where Villa Torlonia was destroyed during the war, you can see the garden, now a public park, and the Teatro delle Acque. On the hiking route from Frascati to Tuscolo is also Villa Falconieri, the first significant villa in Frascati, built in the mid-16th century and enlarged in the following century by Francesco Borromini. Visits are usually allowed on Sunday mornings. You can also visit Villa Mondragone on the road to Monte Porzio Catone, Villa Tuscolana, and Villa Grazioli. Today, they are both hotels.

It is famous for being the city of the "infiorata," an evocative and colourful representation between religion and folklore held on Corpus Domini Sunday since the end of the 18th century. The flower petals expertly placed on the pavement give life to real works of art that cover the main road towards the city cathedral. Starting from the 17th century, the noble Sforza-Cesarini family built the palace of the same name and a 19th-century romantic garden overlooking Lake Nemi, changing the appearance of the small village. Genzano also hosts some noteworthy churches: Santa Maria della Cima, Santissima Trinità, San Francesco, and Santissima Annunziata. Among the local gastronomic delicacies, we recommend the fragrant PGI homemade bread from the ancient ovens and the tasty products of the butchers, a tradition imported by the artisans of Norcia who settled here in the last century.

Located 300 meters high, the elegant townhouses the famous Abbey of San Nilo, inside which the Basilian monks celebrate the Byzantine religious rite. Inside Santa Maria, the abbey church, is the Grotta Ferrata (crypta ferrata) and the splendid Farnese Chapel, frescoed by Domenichino. The building preserves the cryptoporticus of an ancient Roman villa, an Archaeological Museum, a valuable library, a delightful cloister, and a prestigious Ancient Book Restoration Laboratory. About a thousand tombs dating back to the 2nd-5th century AD. characterize the area of the Ad Decimum Catacombs, which develop inside two vaulted caves dug into the tuff and branch off for over 200 meters.

The charming village of Marino, an ancient Roman settlement, lies on a spur of volcanic rock. It boasts a splendid historic center, formerly a possession of the Colonna, who erected their prestigious palace and the Basilica of San Barnaba. It is one of the wine cities par excellence: every year, in October, its delicious white wine is celebrated with the Sagra dell'Uva (Grape Festival), during which wine gushes from the fountains of the city center. We recommend a suggestive visit to the subsoil. Here are a series of caves dug into the peperino where the wine barrels are kept. Do not miss a taste of the delicious local donuts prepared with grape must.

The village of Nemi overlooks the lake of the same name. It is famous for its small and tasty strawberries, celebrated with a historic festival every year in June.
The heart of the town develops around the Palazzo Ruspoli, from which a little further on you can reach the 16th-century church of Santa Maria del Pozzo. Not to be missed is a visit to the Museum of Roman Ships which houses the remains of two large ships, actual floating villas, found in the lake in the 1930s. Materials of extraordinary historical and archaeological importance were also found.

At almost 700 meters above sea level, Rocca di Papa offers one of the most charming landscape views of the area. You can especially appreciate it from the Belvedere of the Pontifical Fortress, a defensive structure built in the 12th century and used for about four centuries. Down the streets of the village, you can discover beautiful murals that tell ancient and modern stories. From Rocca di Papa you can drive up to Campi d'Annibale, an old crater at 800 m above sea level. From here, you can follow on foot the route of the ancient Via Sacra, which, in Roman times, led to the temple of Giove laziale, located on the top of Monte Albano, today Monte Cavo. Walking along the Via Sacra, you reach a panoramic point called the Occhialone, which allows you to see the two volcanic lakes and, in the background, the sea in a single glance. Not far away, the Pratoni del Vivaro, which you can reach by car from Via dei Laghi, are an attractive place for trips, outings, and horse riding activities.

From Frascati, you can easily reach the ancient Tusculum, first a Latin, then a Roman, and later a medieval city. Do not miss a visit to the remains of Roman and medieval times, including the Forum with the Roman theater, the city walls, the Amphitheater, and the ancient paving along the so-called Via dei Sepolcri.

Between Frascati and Monte Porzio Catone, overlooking the surrounding valley is the archaeological complex of the Barco Borghese. The site consists of a large quadrangular esplanade presumably coming from the vast basement of a Roman villa with almost 180 rooms with a barrel vault. Over the centuries, the rooms had different uses: cisterns, warehouses, and mushroom farms. 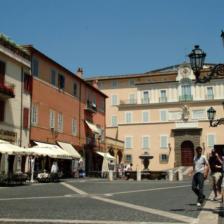 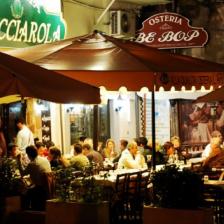 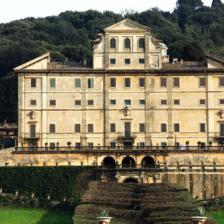 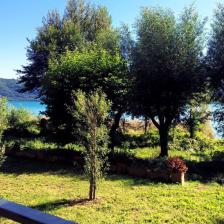 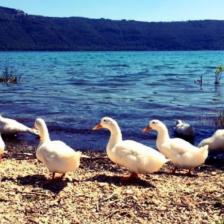 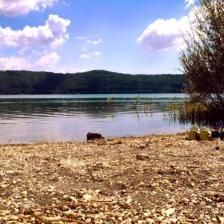 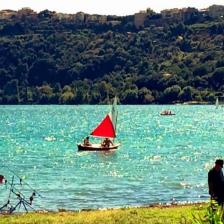 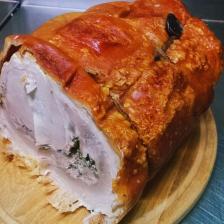 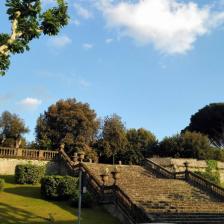 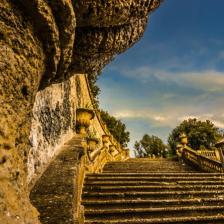