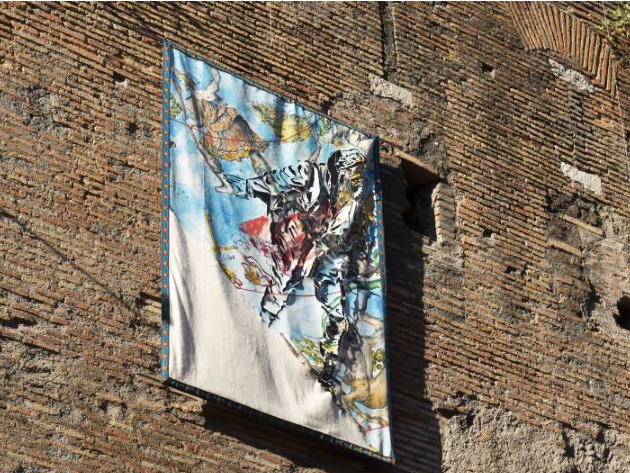 Conceived by the Roman painter Gianni Politi with the support of Ghella SpA and promoted by Roma Capitale, the Capitoline Superintendence for Cultural Heritage, the exhibition stems from the desire to show the strength of the city and its cultural life despite the difficulties related to the health emergency.

19 artists, selected by Politi in the role of curator, interact with the past, using the city walls with their eighteen centuries of history as a monumental backdrop. The result is a single great work, a mosaic of different artistic experiences that overcomes the historical value of the walls and the singularity of the artists to try to generate a new dimension. All together, on a single wall and in the open air: the choice of such a particular exhibition venue allows visitors to appreciate the works according to the different lights of day and night and their constant change during the course of the exhibition.