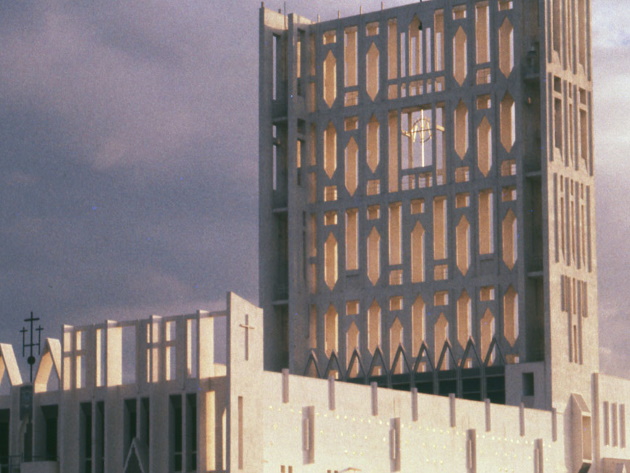 “Love architecture for all the fantastic, solemn and adventurous things that it has created […] love it for the illusions of grace, of lightness, of strength, of serenity, of movement […] love it for its silence […] love modern architecture, understand its straining towards essentiality, its straining towards an alliance of technique and imagination, understand the cultural, artistic and social movements in which participates; understand its passion” Gio Ponti, Amate l'architettura, 1957

Born in Milan in 1891, Gio Ponti’s active life spanned for over sixty years, during which he experimented with different languages and expressive codes, working as an architect, designer, artist, teacher, writer, and publisher, in the name of creativity. 40 years on from his death, MAXXI is dedicating a major retrospective to him that describes his immense and passionate activity, starting with an account of his architecture, the sector paradoxically less investigated by critical literature.

In his design study on Via Dezza, Milan, he realized iconic structures, such as the Pirelli skyscraper and the cathedral of Taranto, but also houses, clinics, office buildings, schools, power plants. He was one of the first Italian architects to carry out projects abroad, in Europe, but also in Hong Kong, Denver, Baghdad, Caracas, Buenos Aires, New York. His versatility and artistic research led him over the years to deal with interior architecture, industrial and furniture design, theatrical scenography and setting, not to mention the Domus magazine he founded in the late 1920s and the Stile publication.

Produced in collaboration with the CSAC of Parma and Gio Ponti Archives, based on photographic materials from his study and new important additions, the exhibition investigates his idea of a 360-degree architecture, his unconventional way of imagining the inhabited space. Ponti’s design was always characterized by a surprising comfort in switching scales, moving from complex projects inserted within an urban context to everyday objects. Models, photographs, books, magazines and archive materials on display depict an accurate portrait of one of the most complex and emblematic protagonists of the 20th century.