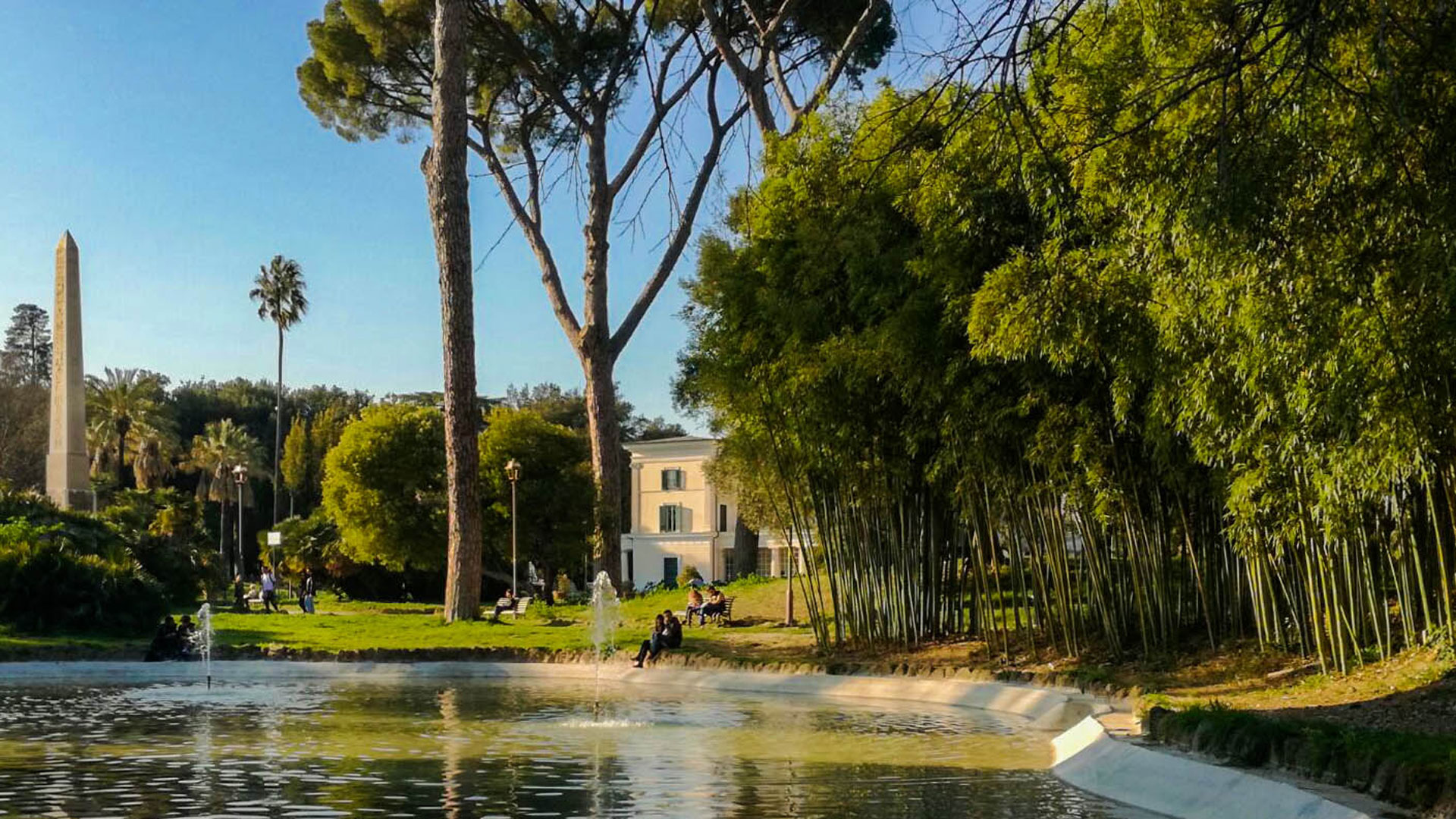 Initially property of the Pamphilj family, Villa Torlonia was one of the numerous agricultural estates, lush with orchards, vines, and reeds, along Via Nomentana. Purchased in 1760 by the Colonna family, at the end of the 18th century, it was sold to the banker Giovanni Torlonia. The nobleman commissioned Giuseppe Valadier to transform the rural property into a sumptuous residence, building the Casino Nobile, the Casino dei Principi, and the Stables.

In 1832, the heir, Alessandro Torlonia, commissioned Giovan Battista Caretti, architect and painter, to continue the embellishment works, through the construction of other buildings, as the Temple of Saturn, the fake neo-classical remains, a Tribune with fountain, an Amphitheater, and the characteristic Coffee-House.

Alessandro employed two other architects: Quintiliano Raimondi, for the Theatre and Orangery, and Giuseppe Jappelli, who was in charge of the entire south section of the Villa.
In keeping with the taste of romantic English gardens, this area was completely transformed in a scenographic way with winding boulevards, small lakes, exotic plants, and decorated with unusual buildings and outdoor furniture: the Swiss Hut, the Conservatory, the Tower, the Moorish Grotto, the Tournament Field, and, in 1842, two pink granite Obelisks, dedicated to the memory of his parents Giovanni and Anna Maria Torlonia.

After a long period of neglect, the villa became the residence of Mussolini from 1925 to 1943. The family stayed in the Palace, whereas sporting and social events took place in the Medieval Villino and the Limonaia. The garden was altered by vegetable gardens during the war, with Crops of corn and potatoes, henhouses, and rabbit cages. Then, the Anglo-American troops occupied the entire complex from June 1944 to 1947.

Currently, the villa has regained its ancient splendour, offering the public three museums and exhibition venues: Casina delle Civette, dedicated to the artistic stained glass window, Casino Nobile, which houses the Museo della Villa and the collection of Scuola Romana, and Casino dei Principi, home to the Scuola Romana archive and space for temporary exhibitions. 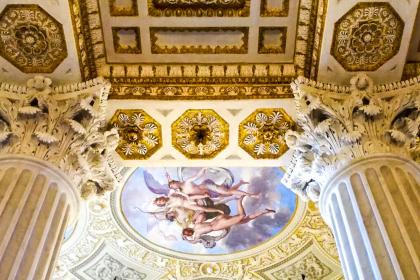 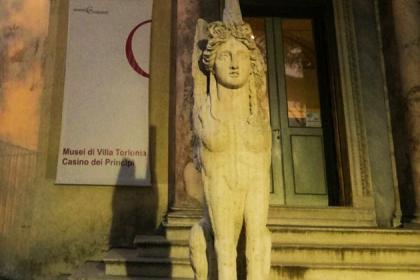 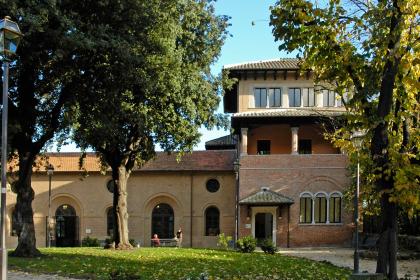 Bicycles are not allowed

At Villa Torlonia the first tactile map of the Historic Villas, a new tool for inclusion in the framework of the accessibility projects of the Musei da toccare programme.
Positioned in the park of the Villa, at the main entrance of Via Nomentana n.70, the tactile map of the place in relief (design "for all") facilitates, in a clear and simple way, the orientation in the wonderful garden of the most recent noble Roman villa both to people with visual disabilities (blind, visually impaired and with problems of colour perception) and to normally sighted people.
The technical characteristics of the lectern also allow the map to be used by people with motor disabilities (empty space below the sloping plane to accommodate the wheelchair).

In December 2006, the landscaping and restoration of the green area in the northern part of the park was completed, including the furniture.
The Jewish catacombs cannot be visited.
In 2013, the restoration of the Theatre and the Moorish Tower and Serra Moresca was completed and the Serra Moresca opened to the public on 8 December 2021.
The Theatre reopened to the public on 7 December 2013 and is once again used to host theatre performances, conferences, exhibitions, cultural events and guided tours.