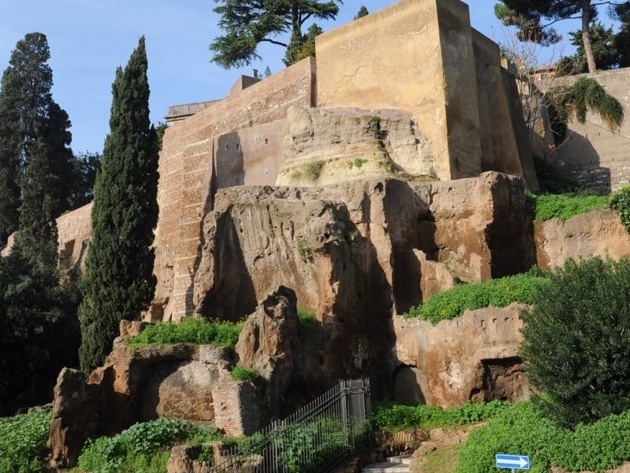 The Capitoline gardens climb the slopes of the hill of the same name, in the heart of Rome. The area, used to graze sheep and goats during the Middle Ages, was called Monte Caprino.

In the archaeological space inside, you can see the arches of a portico that was the herb market of ancient Rome; large caves carved into the Capitoline Rock, are characterized by parts of stone walls, belonging to this buildings demolished in the thirties.

The first interventions which transformed the area in a garden were carried out in the 19th century, under the pontificate of Pius IX.

It was on this occasion that a pergola was built close to the Aracoeli staircase, which protected visitors passing through the Piazza del Campidoglio from the sun. Walking up the steps leading to the Capitoline Museums, on the left, you can see the bronze statue of Cola di Rienzo, made by the sculptor Gaetano Masini at the end of the 19th century.

The transformation of the hill into the layout we see today was possible thanks to the works that began in the 1930s.

These interventions were carried out by the architect Antonio Muñoz, who went into the details of the green arrangement, planning the planting of trees and shrubs.