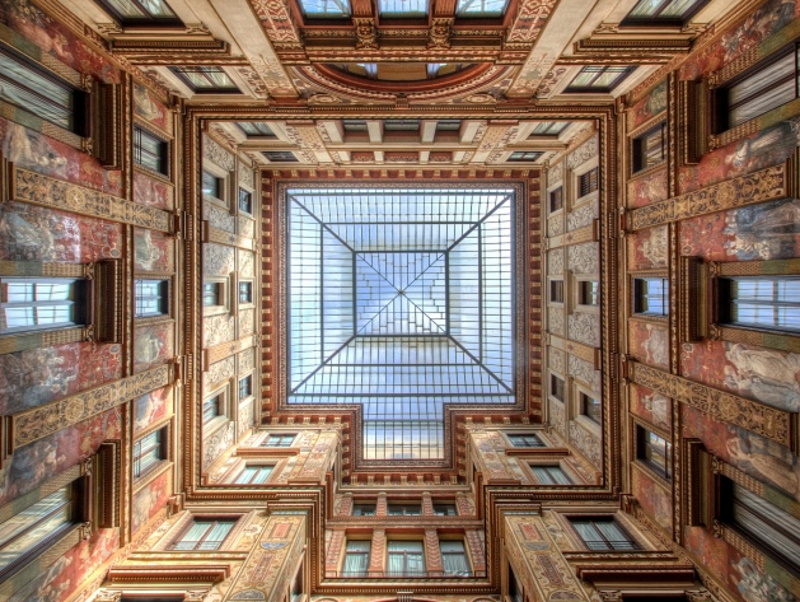 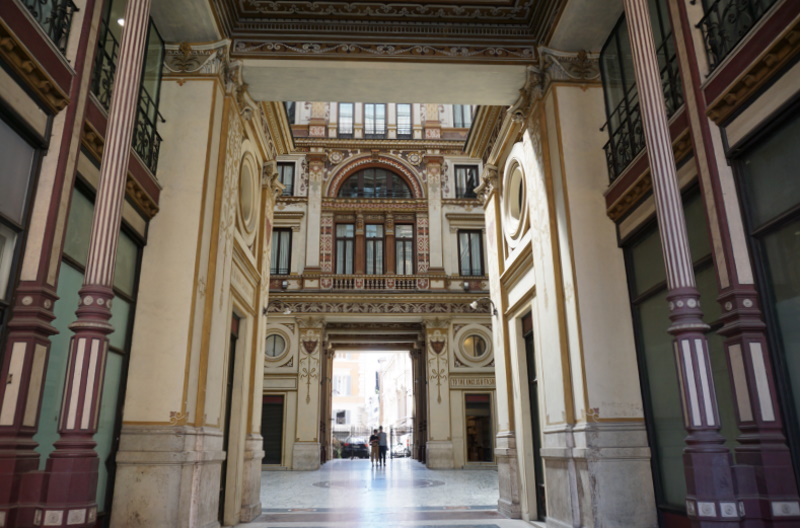 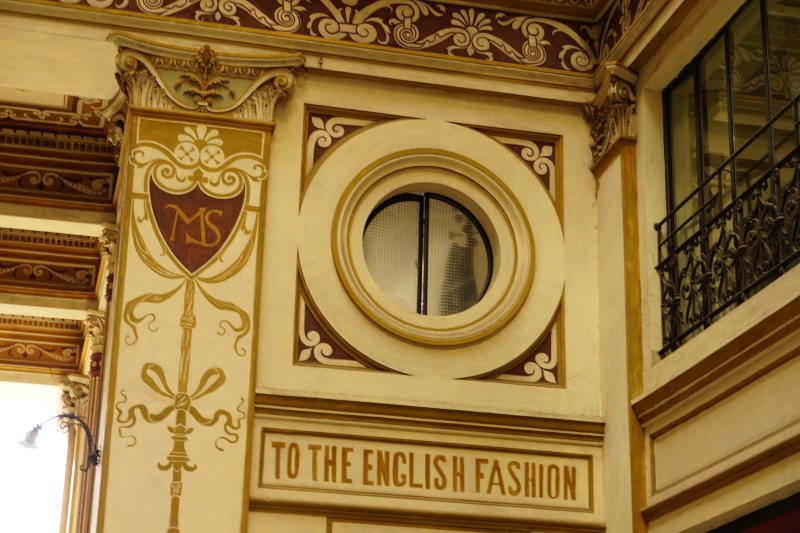 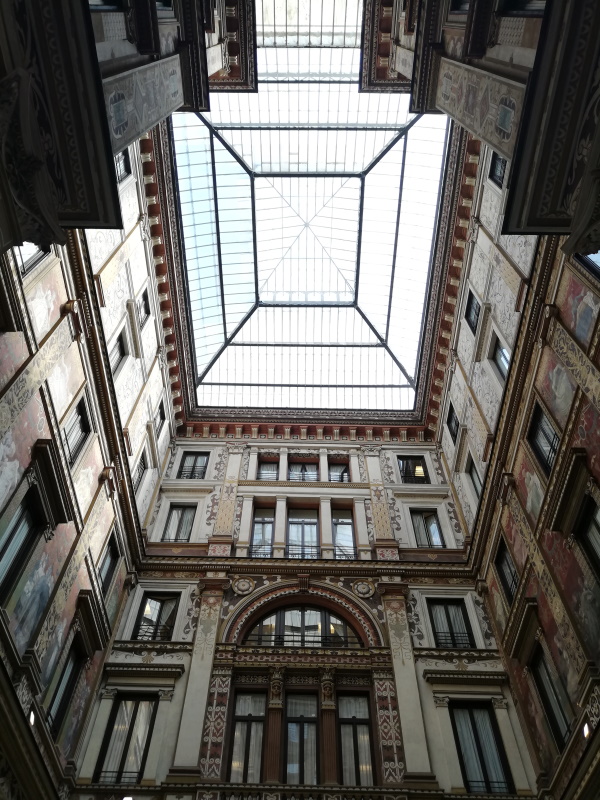 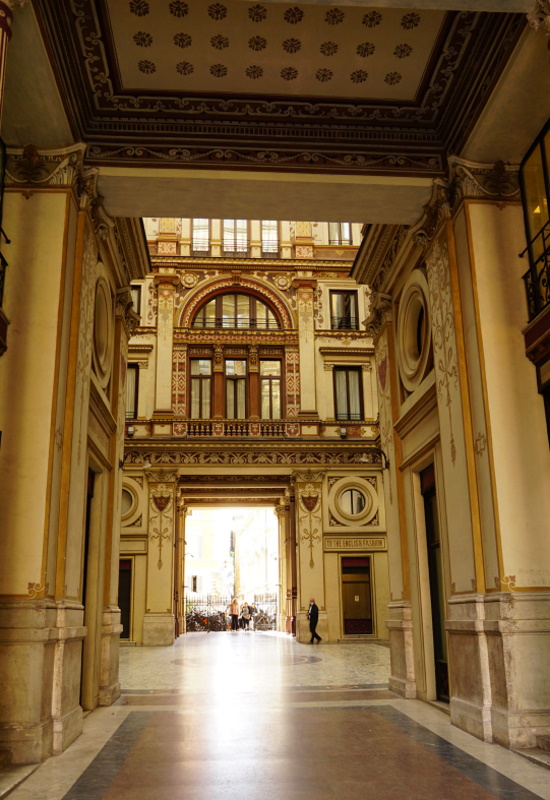 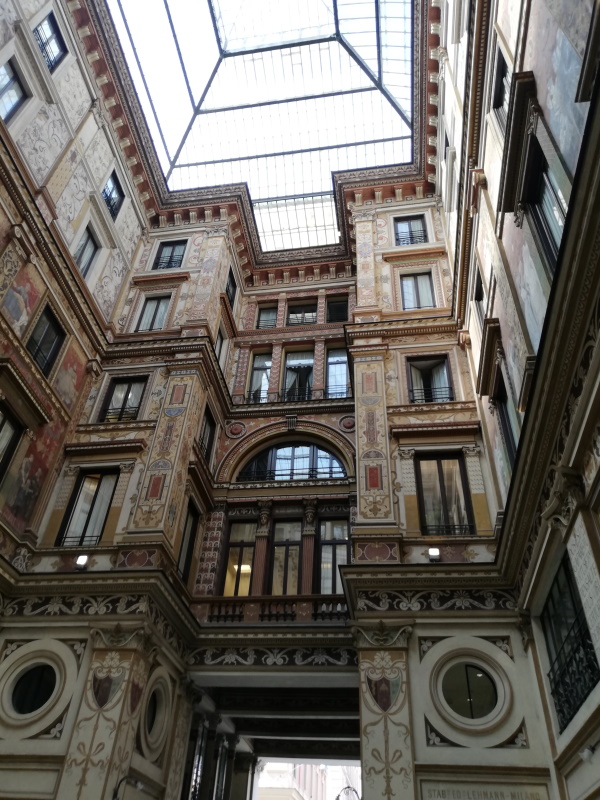 A period of urban transformation and modernization began after the proclamation of Rome as the Capital of Italy.

Among the areas affected by the renovation was the one that included the entire 16th-century compound between Via del Corso, Via Marco Minghetti, and Via delle Vergini, a few steps from the Trevi Fountain. The project involved the construction of a covered walkway connecting all the different activities of Prince Maffeo Barberini-Colonna di Sciarra, deputy of the Kingdom of Italy and columnist of La Tribuna and the famous literary magazine La Cronaca Bizantina, directed by Gabriele D'Annunzio.

At the end of the works, you could admire one of the most prestigious courtyards of post-unification Rome, a real jewel of the Roman Art Nouveau set in the imposing Palazzo Sciarra Colonna di Carbognano, built between the 16th and 17th centuries. The palace has, among other things, one of the most beautiful access gates in the city, known for being one of the four "wonders of Rome." The other three were: the 'dice,' (the square shape of Palazzo Farnese); the 'cymbal,' (that of Palazzo Borghese); the 'staircase,' (the monumental stair of Palazzo Ruspoli with its 120 single marble blocks).

The execution of the project was entrusted to Giulio De Angelis, the most unique, innovative, and restless Roman architect of the time, already known for the construction of the palace Rinascente palace.

Fascinated by the English Art Nouveau style, De Angelis designed a square-plan structure enclosed by an iron and glass vault, cast-iron columns that marked the access to the passages between Via Minghetti and Piazza dell'Oratorio, and references to classicism in the architecture, and wall decorations.

The central body was painted in encausto, a technique with pigments mixed with punic wax by Giuseppe Cellini between 1885 and 1888. The decoration with Art Nouveau motifs, Etruscan, and Roman reminiscences was based on the literary critic Giulio Salvadori's iconographic project.

The dominant theme celebrated women as angels of the hearth and as brides and mothers in the bourgeois vision of the late-19th-century society. In the upper part of the passage, a scroll surmounts and identifies the Virtues: Modesty, Sobriety, Strength, Humility, Prudence and Patience; on the opposite side, Benign, Lady, Lovable, Faithful and Merciful. In the lower band, the scenes of bourgeois life of the time with, on the one hand, Tending the Garden, Conversation, Lunch at Home, Musical Entertainment and Exhortation to Charity; on the other, The Courteous Conversation, which portrays Gabriele D'Annunzio, Vanity, Marriage and Care of Children.

The decorations, which exalt in a particular way the mother of the Prince, Donna Carolina Barberini Colonna di Sciarra, propose several times the initials of Princess CCS alternating with those of her son, MS.

The substantial restoration of the Gallery in the 70s of the 20th century saw the entire structure emptied and then consolidated with reinforced concrete. All exterior decorations were carefully preserved. 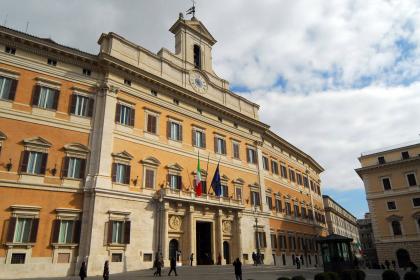 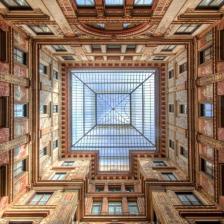 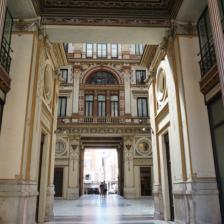 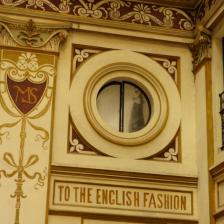 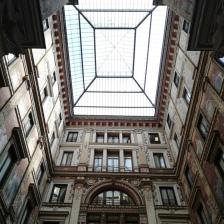 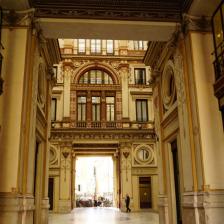 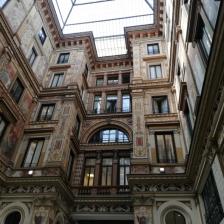