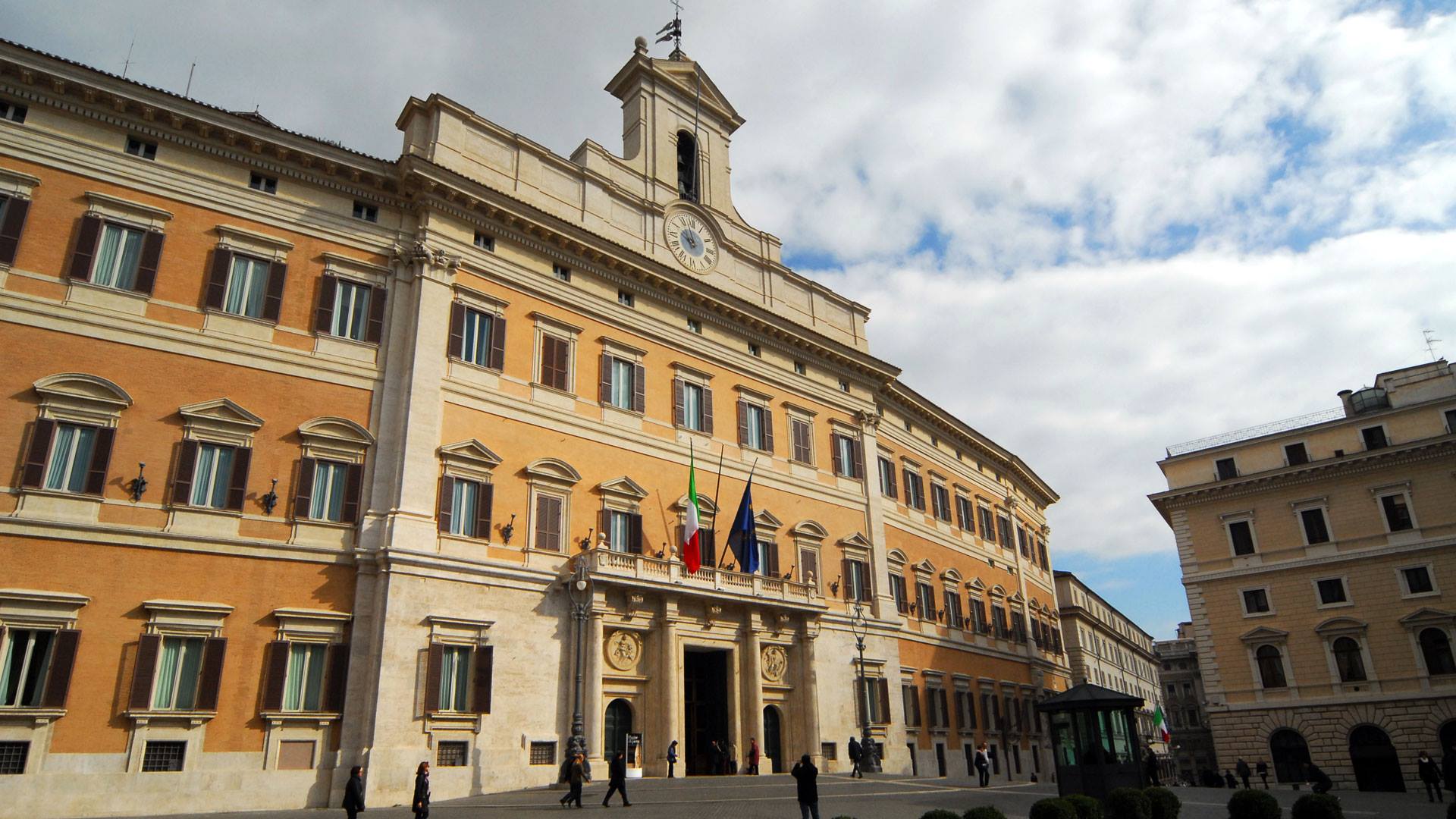 The stately Monte Citorio Square is located in the Rione Colonna on an artificial hill which, according to some sources, was probably formed following the heap of rubble from the temple of Marcus Aurelius or another Roman monument.
The name is of uncertain origin: it seems to derive from Citatorius or Saeptorius, because in the vicinity, since the time of Servius Tullius, citizens were summoned in the so-called saepta (rough wooden enclosures then demolished and lavishly rebuilt in marble by Augustus), to elect magistrates. For others, it originates from Mons Acceptorius - because of the waste soils that formed the ground - or from a corruption of the words "Monte di Toro" ("Bull's Mountain"), as the hill would have been commonly called in the Middle Ages.

The square is overlooked by the imposing Montecitorio Palace, begun in 1653 by Gian Lorenzo Bernini, commissioned by Pope Innocent X as a second residence for the Ludovisi family. In 1655, following the Pope's death, the works were interrupted due to lack of funds, resuming after more than thirty years by the architect Carlo Fontana, under the pontificate of Innocent XII. The pontiff decided to make the palace seat of the Curia Apostolica- the pontifical courts - inaugurated in 1696. Then, the building housed the Governorate of Rome and the police department, thus becoming the centre of the administrative and judicial life of the papal government. Since 1871, after the Italian Unification, it has been the seat of the Chamber of Deputies.
A curiosity: the main bell of the Palace - which now rings only on the occasion of the election of the President of the Republic - gave the signal for the start of the judicial hearings and its precision in marking the hours became proverbial. On every Saturday, people used to hasten to the square to attend the lotto numbers drawing which - as Stendhal narrates in his "Walks in Rome" - were shouted from the balcony.