The Fountain of the Naiads | Turismo Roma
Skip to main content

The Fountain of the Naiads 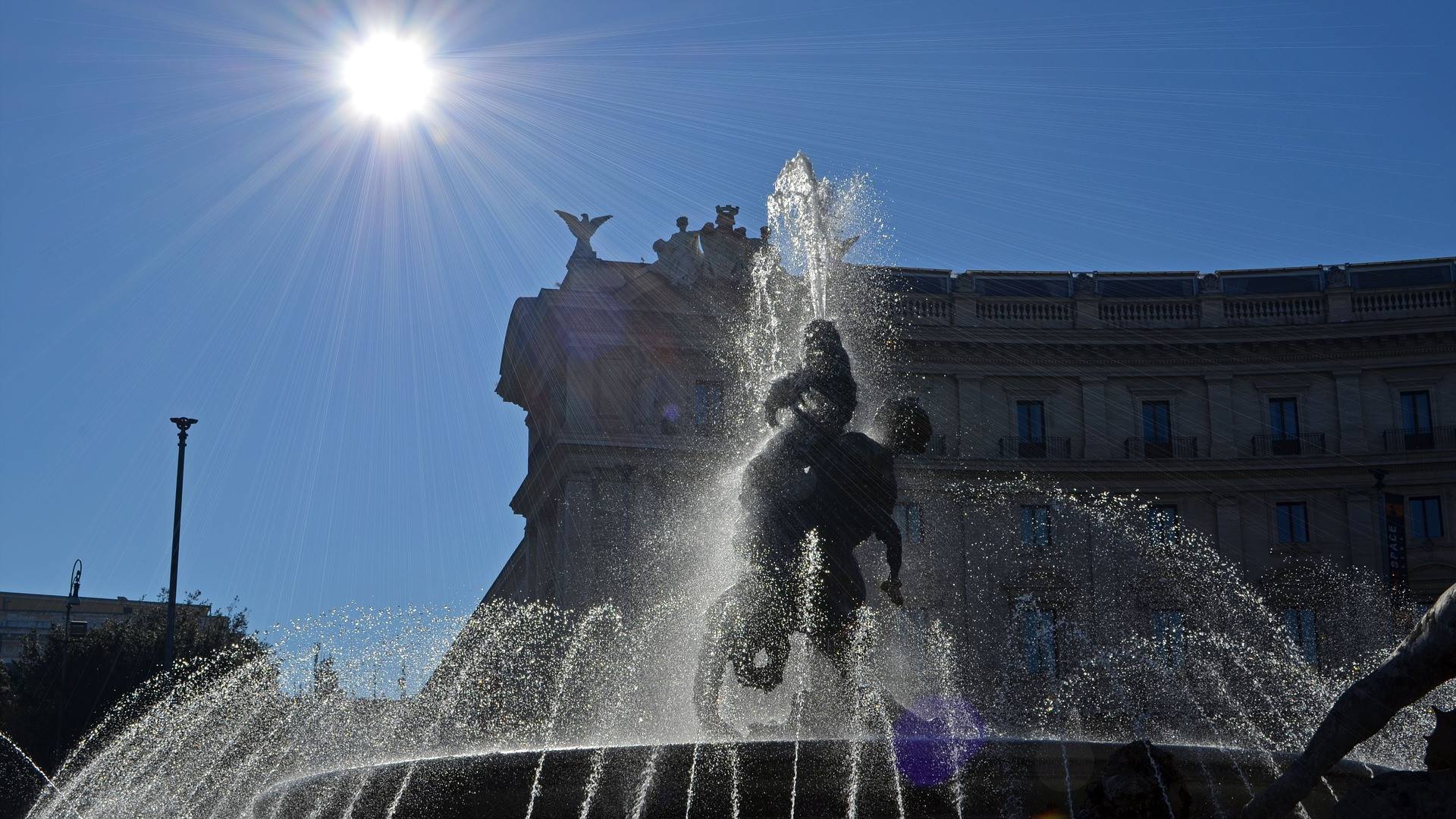 At the centre of the monumental Piazza della Repubblica is the most beautiful of the modern fountains in Rome, realized as the exhibition of the Acqua Pia Antica Marcia aqueduct by the will of Pope Pius IX.

It was inaugurated in a preliminary form by the pontiff on 10 September 1870, in the area currently occupied by the Obelisk of Dogali. Following the decision to rearrange Piazza dell’Esedra, in 1888, the fountain was removed and rebuilt in its current location, on a design by Alessandro Guerrieri, to provide a monumental perspective to the elegant Via Nazionale.

Full of anecdotes and curiosities, the work was initially decorated with four simple stucco lions on the occasion of the visit to Rome of Emperor William II. In 1897, the sculptor Mario Rutelli realized the final layout of the fountain. He created four colossal bronze groups, depicting four joyful nymphs, each lying on an aquatic animal symbolizing water in its various forms: the Nymph of the Oceans on a sea horse, the Nymph of the Rivers on a water snake, the Nymph of the Lakes on a swan, the Nymph of the underground rivers on a lizard.

The fountain was inaugurated in 1901, but the provocative sculpted female figures aroused numerous controversies; so, the work remained hidden by a wooden enclosure for a long time. The central sculptural part was completed only in 1911. The artwork was judged unsuitable: it initially included three tritons, a dolphin, an octopus, ironically renamed by the Romans "the mixed fry". The sculpture was moved to Piazza Vittorio in 1913 and replaced with the current Glaucus, a mighty man clinging to the dolphin, from whose mouth gushes the highest central water jet.

Definitively inaugurated in 1914, the Fontana delle Naiadi is the first fountain of Roma Capitale and the most significant example of Art Nouveau in the city.