The Egyptian culture in Rome 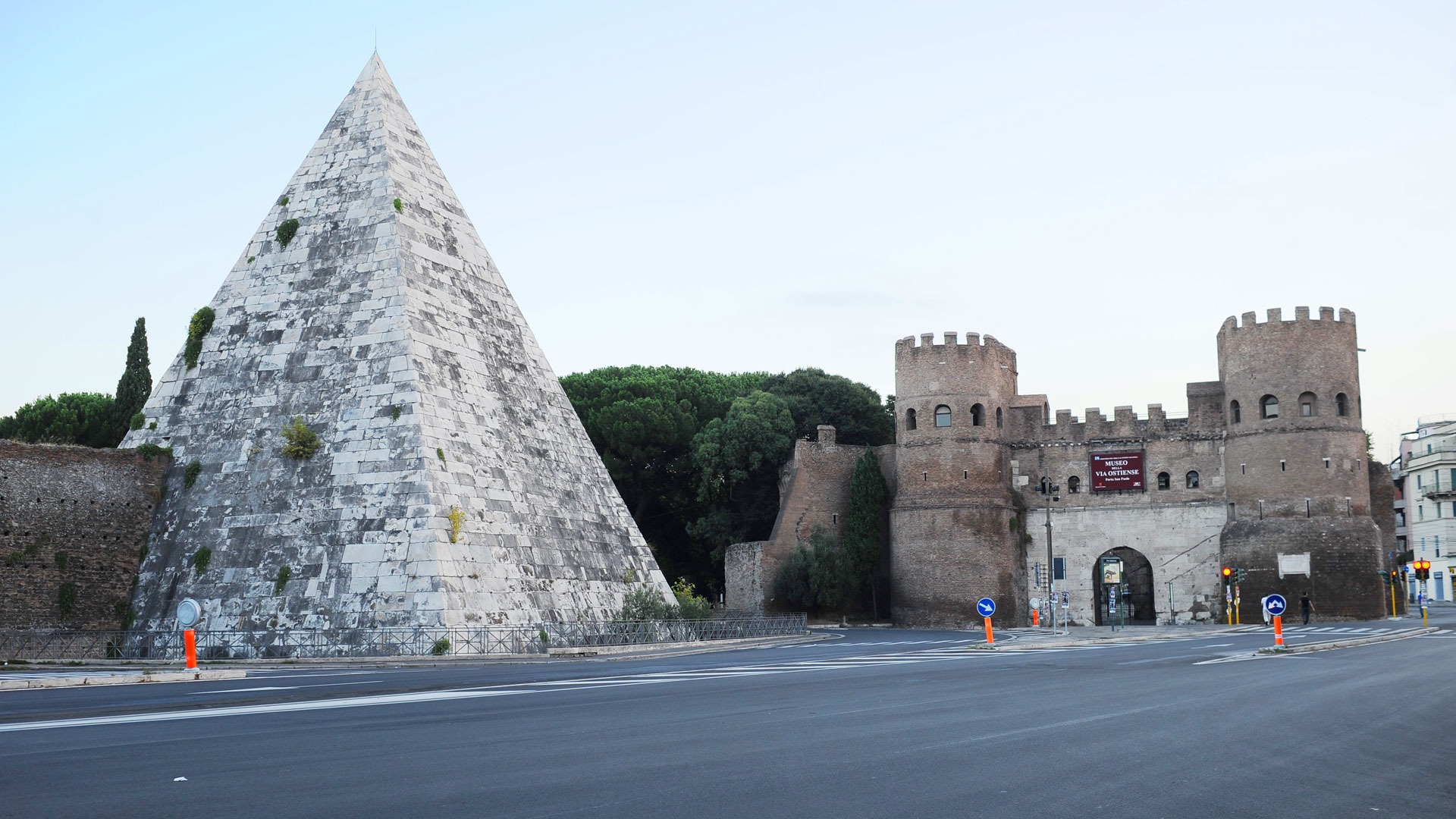 In the 1st century B.C., Ancient Rome discovers the charm of the Egyptian culture, as a result of the conquest of Egypt by Julius Caesar and Augustus. Since then, traces of Egyptian civilization appear more and more in the city. We might think of obelisks, but they are not the only Egyptian traces in town.

One of these traces in town is Piramide Cestia, the grave of a rich politician; covered in Carrara marble, luckily it has survived the marble plunderers because it was a fortified tower within the defensive walls.
But it was not the only pyramid in Rome: for example, there was another one in the area today occupied by the church of Santa Maria dei Miracoli in Piazza del Popolo. Another pyramid was in the Vatican area, at the beginning of the current Via della Conciliazione; it was demolished in 1499, but it appears in the bronze door designed by Filarete for St. Peter's Basilica and in the fresco "The Apparition of the Cross to Constantine" by Giulio Romano located in the hall of Constantine in the Vatican.

Obelisks and pyramids are of course the most evident corner of Egypt on the Tiber, but in the city there were also temples and sacella (sacellum was a small sacred building) dedicated to the Egyptian divinities, in particular Isis (Iside) and Serapis (Serapide). Unfortunately, there is little left of these.

The most important temple, the Iseum and Serapeum campense, was located in the area of the Pantheon. The remains lie under Palazzo del Seminario, the churches of Santa Maria sopra Minerva and the church of Santo Stefano del Cacco. The bizarre name of this last church comes from the finding of a statue of the Egyptian god Anubis with a dog-shaped head: the Romans, believing it was a monkey, called it "macacco" (macaque) and later "cacco". The obelisks of Piazza Navona, Piazza della Rotonda, Piazza della Minerva and Piazza dei Cinquecento all come from the abovementioned campense temple.

On the slopes of the Quirinal hill there was the Temple of Serapis, the remains of which are now visible between Palazzo Colonna and the Gregorian University in Piazza della Pilotta.
Remains of another temple dedicated to Serapis lie under the church of Santa Sabina, on the Aventine hill.

A very important place of worship was located in Piazza Iside, a square between via labicana and the Colosseum, where today is possible to admire its impressive ruins, among the twentieth-century palaces of the area. Several are the Egyptian sculptures in the city: the statue of the Nile, today in the Chiaramonti Museum in the Vatican; the two lions decorating the Fontana dell’acqua felice located on the corner with via XX settembre; the lions at the foot of the Campidoglio staircase; a statue in Piazza San Marco, next to Piazza Venezia, portraying Isis or one of her priestess (called Madama Lucrezia by the Romans, who include it among one of their so-called “talking statues”). In addition, the name of Via pie’ di marmo derives from a large marble foot of an Egyptian cult statue; and, finally, a marble she-cat, walled on the cornice of Palazzo Grazioli, is suggesting us that we are in Via della gatta! 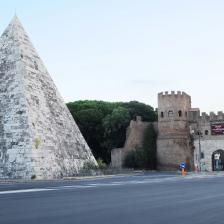 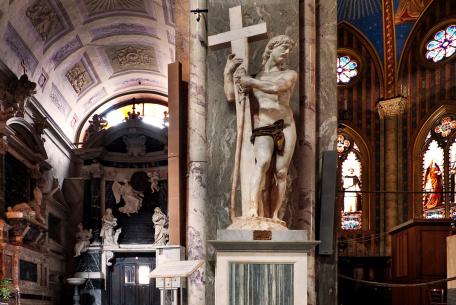 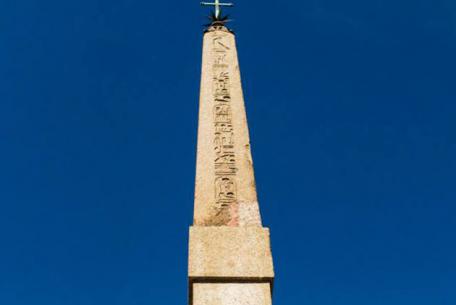