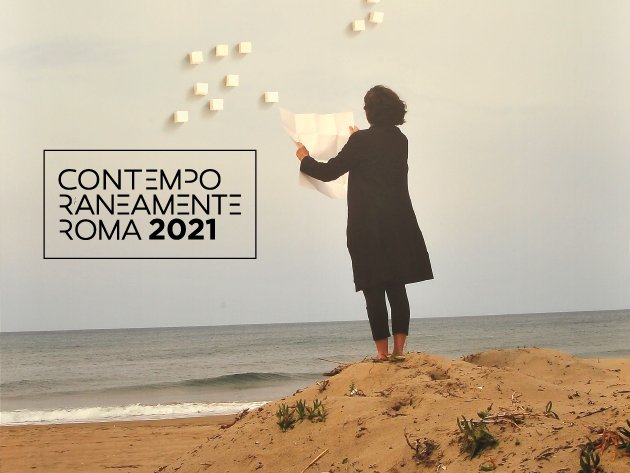 Initiatives and events that explore the most innovative languages ​​in the field of arts and culture, create opportunities for meeting, reflection and dialogue and allow to fully “live” the city. A total of 42 projects were selected through the tender for the fifth edition of Contemporaneamente Roma, but a big part of the autumn programming of the Capitoline Institutions will also focus on our present day.

Exhibitions, talks, concerts, performances, urban walks and much more capture the ever changing cityscape, both in the historic center and in the suburbs. The tale of the city unfolds through different forms of expression and points of view, either complementary, in dialogue or on the border between multiple worlds, including dance with Inside Out Contemporary Dance, for example, photography, storytelling and female writing with the inQuiete festival. Art Stop Monti will creatively redefine the external and internal spaces of the Cavour metro station but also theater will play an important role, for example with the Rebibbia Festival, with Fabulamundi Playwriting Europe’s workshops, meetings and shows (in presence and online), with Trend Nuove frontiere della scena britannica at Teatro Belli, or with the shows streamed on the I-Drama platform. Teatro Palladium, Biblioteca Vaccheria Nardi, Parco degli Acquedotti and Officine Fotografiche will host Flautissimo 2021’s events including music, theater, photography and readings, while quality emerging music will be at the center of Su:ggestiva. Musica pura per luoghi straordinari, in the “extraordinary” Archaeological Park of the Appia Antica.

Different art genres and languages aimed at all age groups innovate the cultural offer of the Capitoline Institutions, including the Accademia di Santa Cecilia and the Fondazione Musica per Roma, with three key events scheduled for November: the Festival delle Scienze, the 45th edition of the Roma Jazz Festival and a special tribute to Ezio Bosso. The Seventh Art is the protagonist of the Festa del Cinema di Roma but also, at the Casa del Cinema, of the Heroes International Film Festival, the first Italian festival on “genre” cinema, and of the Digital Media festival on native web audiovisual products. There is also a wide choice for theater fans: from the Romaeuropa Festival to the theaters Argentina, India, Villa Pamphilj (with the world premiere show UBU RE) and Torlonia, with an offer largely reserved for young people. Music and body language will be at the center of the Teatro Lido di Ostia programming, while in December Acquaprofonda will premiere at the Teatro Nazionale, a contemporary opera composed by Giovanni Sollima on water pollution, with music performed by the Orchestra of the Teatro dell’Opera in Rome.

Art also looks to our present, with the Santa Rita Contemporanea project in the Sala Santa Rita, and the exhibitions at the Macro, the Mattatoio and Palazzo delle Esposizioni, the latter hosting Tre stazioni per Arte-Scienza. Also suggestive is the exhibition program of the Capitoline Superintendence for Cultural Heritage, including the Museo delle Mura, Museo Carlo Bilotti, Villa Torlonia museums and Museo di Roma in Trastevere, where the students of the RUFA-Rome University of Fine Art will present Flaneur Trasteverino, an audiovisual story of the Trastevere district. There are three exhibition projects at the Gallery of Modern Art: Vinicio Berti. Antagonista continuo; Visual Diary. Fotografie di Liana Miuccio; and Roma 21-22. Arte dai collettivi romani, a project that reflects the multiform panorama of artistic experimentation that has characterized the city for some years. In November, the installation Dafne is back by Guido Iannuzzi will be hosted in the Tempietto di Diana in Villa Borghese on the occasion of the International Day for the Elimination of Violence against Women, a theme also addressed in the photographic exhibition Segni at the Museum of Rome. A number of initiatives will be offered by the Biblioteche di Roma, which will collaborate at the MEDFilm Festival in Rome with some editorial presentations and will participate at the traditional National Fair of Small and Medium Publishing, which will be held at the Rome Convention Center La Nuvola.

All the events scheduled for October and the following months can be viewed on the culture.roma.it website, which is constantly updated.