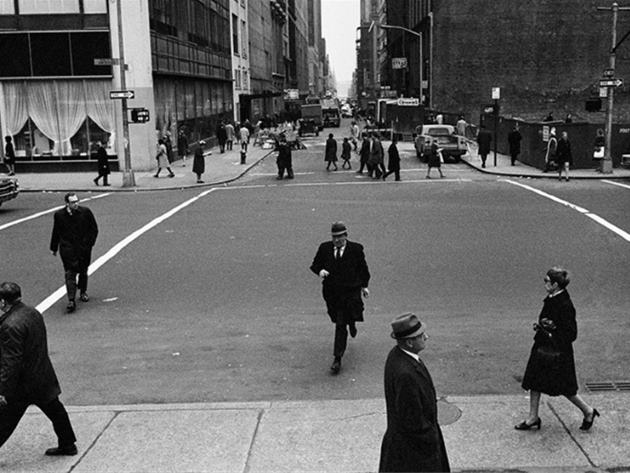 116 black and white photographs, largely unpublished, taken from the early 1950s to the early 1980s by one of the masters of 20th century photographic reportage, not sufficiently known to the general public. The exhibition conceived and organized by Archivio Storico Luce / Cinecittà SpA is dedicated to Caio Mario Garrubba; it traces the thirty-year long artistic adventure of the photographer and, right from the title, highlights one of the distinctive features of his gaze: the street, the place where life takes place.

A great traveler, Garrubba was an unrepeatable photo freelancer. For decades, with his Leica, he investigated the daily life and described the world with curiosity and a spirit of freedom, visiting near and far countries, Italy, but also Franco’s Spain, Khrushchev’s Russia, Eastern Europe, Mao’s China, Brazil, the United States. Infused with poetry, his shots have been published by the main newspapers around the world (Life, Stern, Le Nouvelle Observateur, Paris Match, Il Mondo, Epoca, L’Espresso ...) but Garrubba did not like commissioned works, he preferred to work as an independent, wandering the streets.

Expression of the “Roman school” together with his friend and colleague Calogero Cascio, he was considered by colleagues and critics as an inspiration source for photojournalism and “street photography”, which he pioneered in Italy.