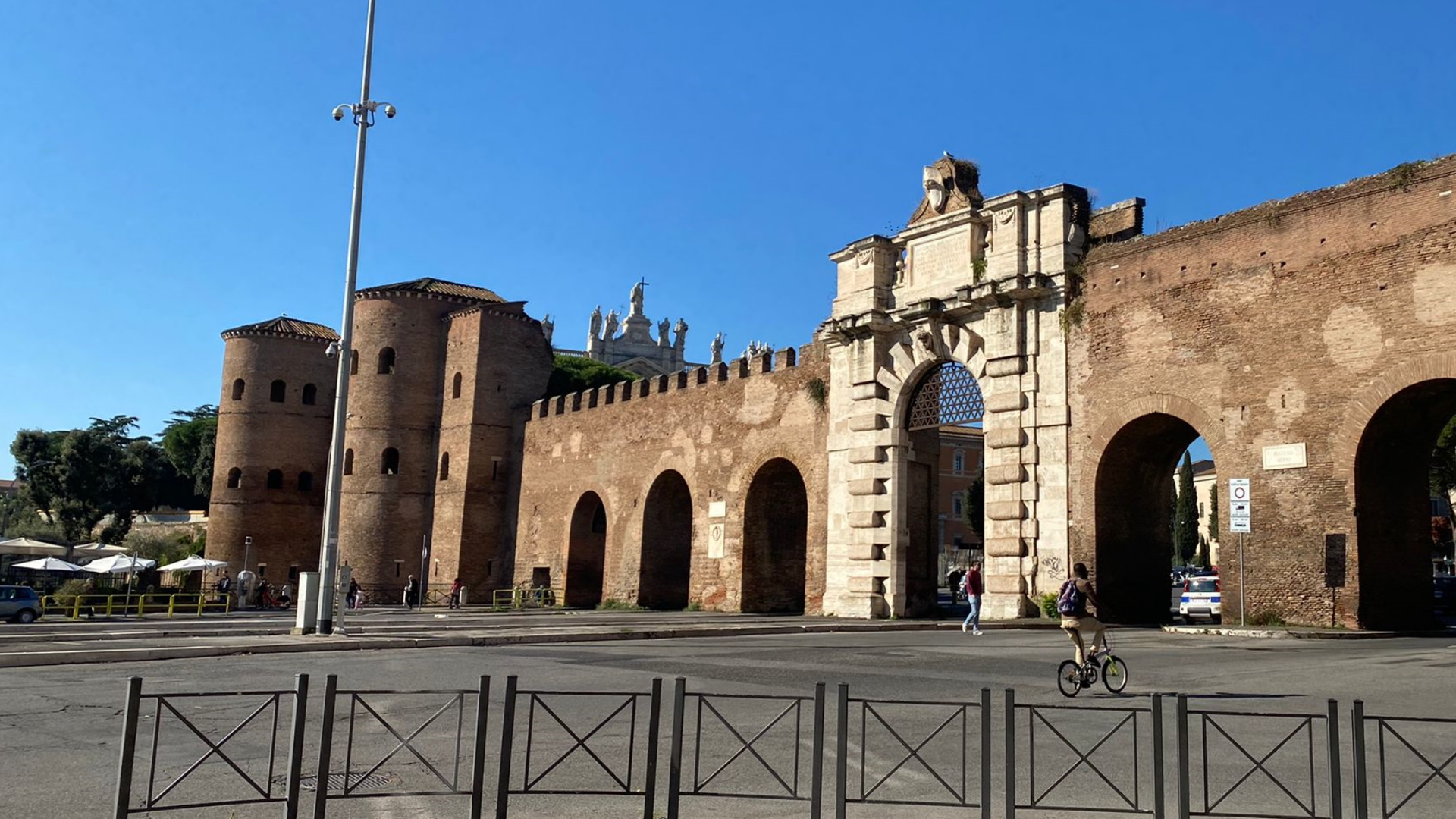 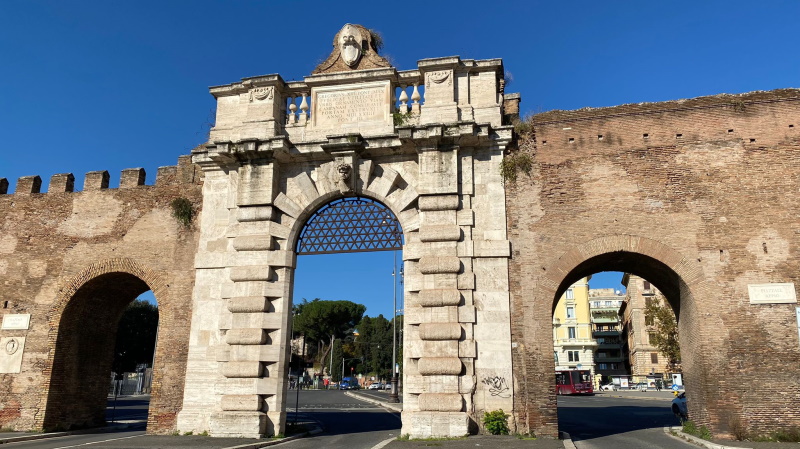 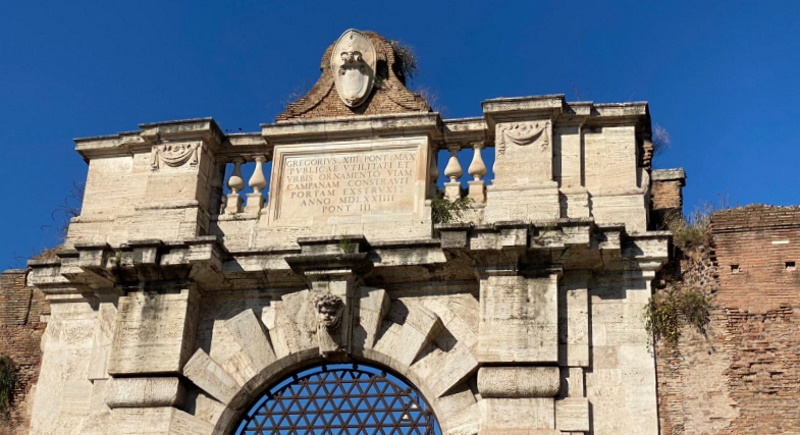 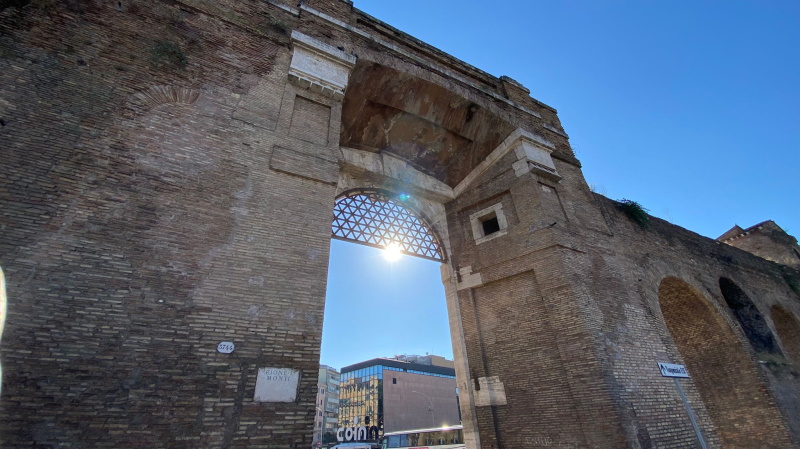 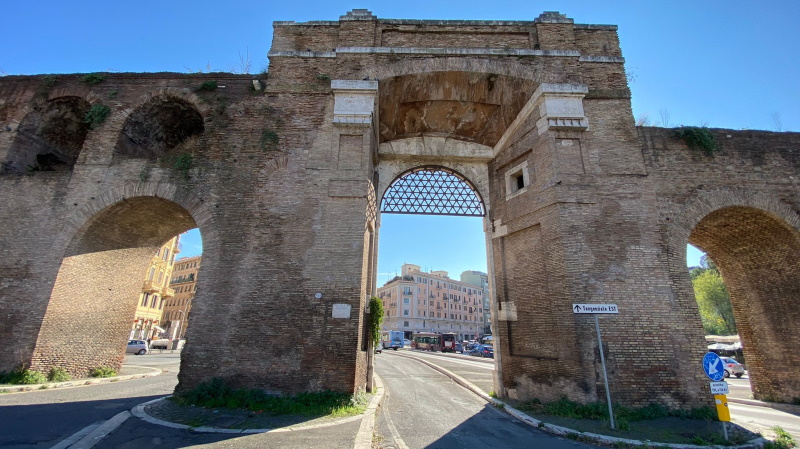 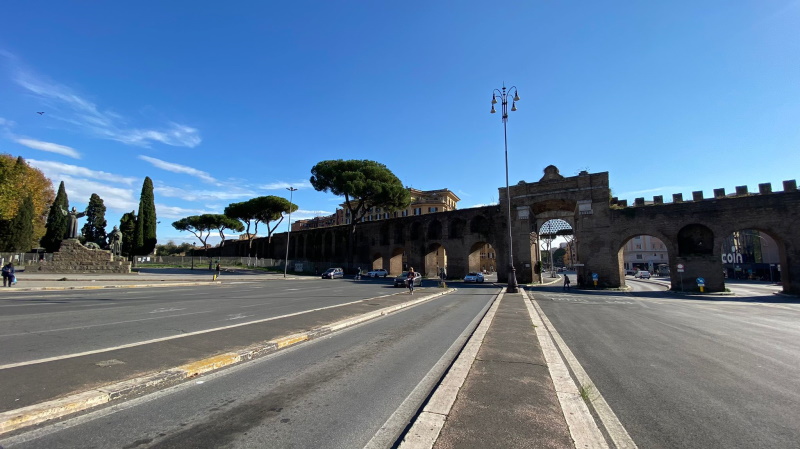 Built at the behest of Pope Gregory XIII and inaugurated in 1574, Porta San Giovanni is one of the gates set in the Aurelian Walls that still guard the historic center of Rome.

Its name derives from the proximity to the Basilica of St. John Lateran, the cathedral of Rome.

Porta San Giovanni consists of a single large travertine arch built perhaps by Giacomo Della Porta or, more likely by Giacomo Del Duca, collaborator of Michelangelo for the realization of Porta Pia between 1561 and 1565.

The uncertainty about the author comes from the fact that the chronicles of the time spoke of a well-known architect named Giacomo. However, the Roman tradition assigns with certainty the work to Della Porta. According to it, he died near the door "he made" for an illness caused by indigestion of melons and watermelons after a picnic at the Castelli Romani.

Porta San Giovanni gave access to Via Campana (leading to the countryside), today known as Via Appia Nuova. It was constructed to replace the insufficient Porta Asinaria, built between 270 and 273 by Emperor Aureliano, which was under the road and, for this reason, had become difficult to run by the rolling traffic.

The door is pretty simple and has no bastions, towers, or battlements. It looks more like the majestic portal of access to a vast noble villa than a military work of defense and fortification. The decoration consists of a deep ashlar and a single ornament depicting a large bearded face above which you can read the commemorative plaque of its realization: "GREGORIVS XIII PONT. MAX PVBLICAE VTILITATI ET VRBIS ORNAMENTO VIAM CAMPANAM CONSTRAVIT PORTAM EXSTRVXIT YEAR MDLXXIIII PONT. III."

The side arches were opened for traffic reasons in the early 20eth century, when, instead of the large residential buildings and the spacious Via Appia Nuova, you could admire a rural landscape with vast meadows, farmhouses, vineyards, and pergolas of taverns. The Romans crossed it to go for their trips, precisely, "outside the door." 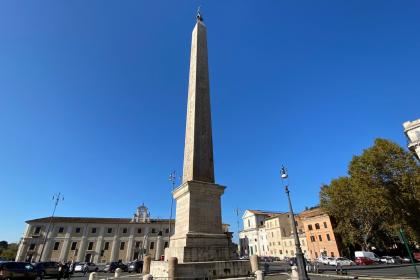 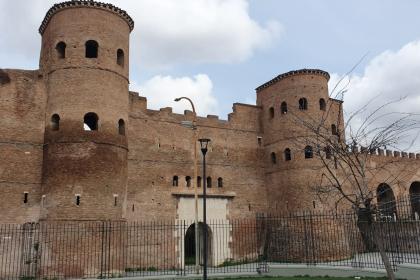 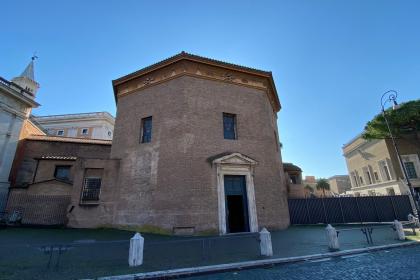 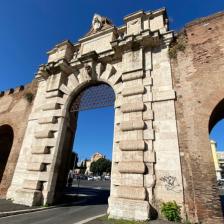 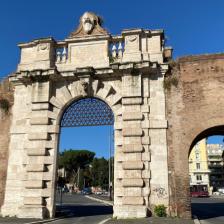 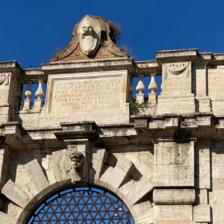 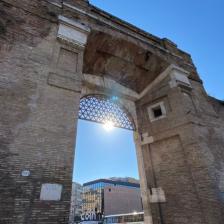 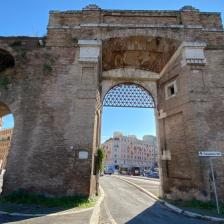 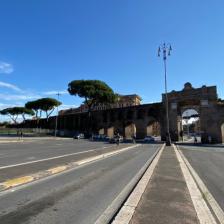