Spooky Rome, at Halloween or any time | Turismo Roma
Skip to main content 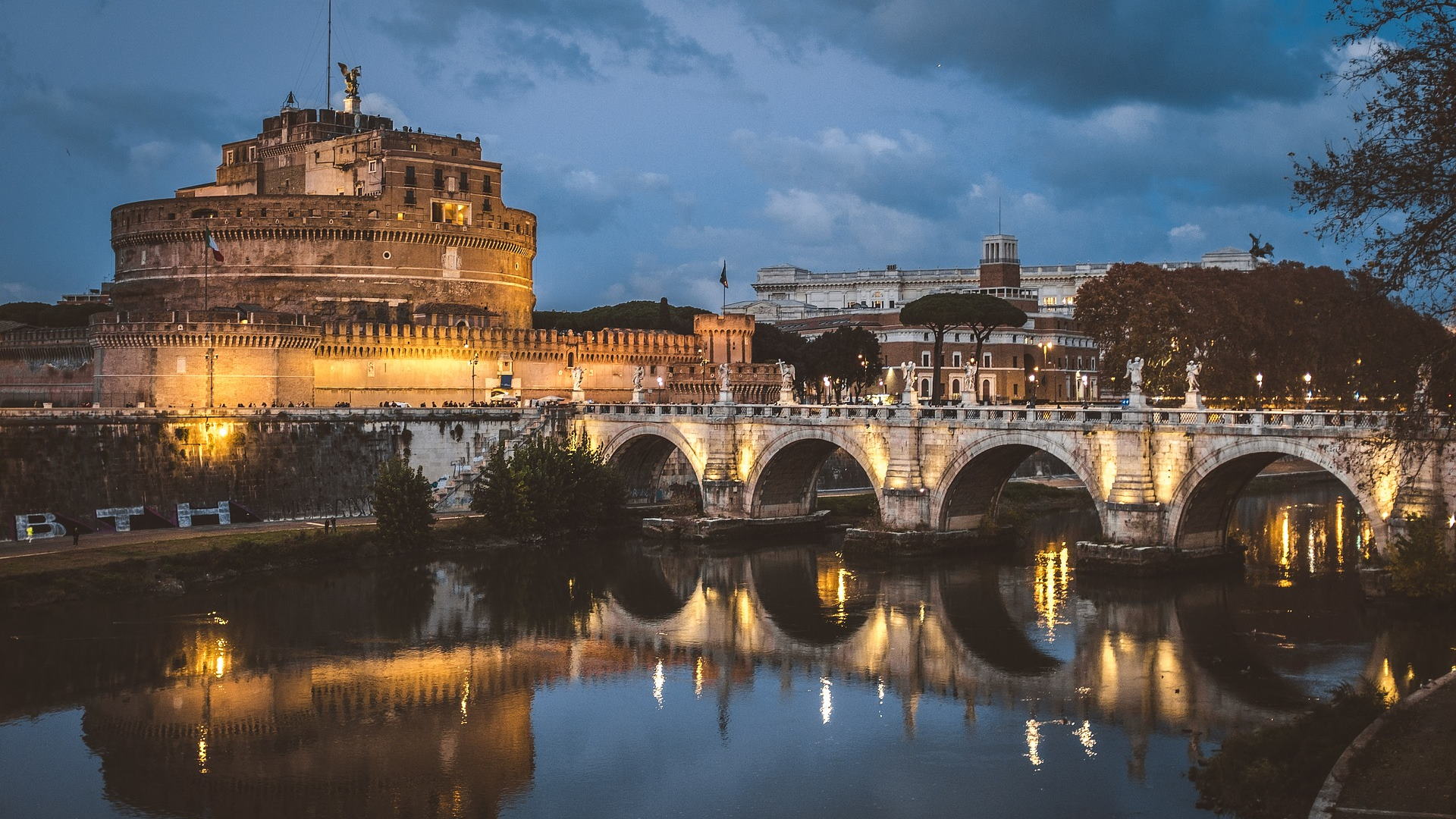 Disembodied hands, dark arts, Gothic allusions and haunted souls: we all know Rome is a city of many faces with an endless number of impressive squares, fountains and must-see monuments. And yet, there is also a dark side.

Macabre stories, sinister legends and unexpectedly disturbing atmospheres of some corners of the city will make you feel that unmistakable cold shiver down your spine, not just at Halloween. Are you ready to embark on an unusual and terrifying tour to discover seven of the scariest places in Rome?

#1 Santa Maria dell’Orazione e Morte - “Hodie mihi, cras tibi”, that is to say “My turn today, yours tomorrow”: with this words a winged skeleton warns and taunts us at the entrance of the church built by the “Company of Oration and Death” at the end of the 15th century. Skulls, sickles and hourglasses embellish the church but for a truly thrilling experience we must enter its dark undergrounds: the crypt’s ossuary vault is what remains of the ancient cemetery where, up to the 19th century, the Company buried more than 8 thousand abandoned bodies, found in the Tiber, in the countryside or in the most remote places of the city. The construction of the Tiber embankment entailed the loss of the cemetery but a number of bones and skeletons still “rest” here, used to create artistic decorations, crosses, sculptures and chandeliers. Arranged next to each other, in a corner there are dozens of skulls, some with the year of death, the cause of death and the place of discovery engraved on the forehead.

#2 Museum of Souls in Purgatory - On the Celtic festival of Samhain, from which Halloween would derive, it was believed that the boundary between the worlds of the living and the dead became blurred and ghosts of the dead returned to earth. In Rome, this suspended atmosphere can be found all year round in a small museum located in the church of the Sacro Cuore del Suffragio. Its origins date back to the late 19th century when, after a devastating fire, the imprint of a face appeared on the wall behind an altar. Believing that this was the sign of the presence of a soul in Purgatory asking for suffrage prayers, the French priest Victor Jouët began to collect other documents and statements about similar facts. The result was a unique collection of artifacts that conveys a trace of unease. An example? A photograph showing a “sign” impressed by a deceased mother on her son’s dress. Are you passionate about esotericism? Find out more here.

#3 Crypt of the Capuchins - One of the many souls of Rome, dark and mysterious, near the trendy Dolce Vita’s Via Veneto: hidden in the undergrounds of the church of Santa Maria della Concezione, the Crypt is a scary cemetery “decorated” with the bones of more than 4,000 monks from the ancient cemetery of the Order, gathered between 1528 and 1870. In a profusion of macabre compositions, skulls, shins, pelvises and more have been rethought into creative decorations, such as chandeliers, hourglasses, clocks, columns, arches and much more, or they create niches and structures that welcome the mummified bodies of monks dressed in the unmistakable brown habit with a large hood. Each of the five chapels that compose it bears the name of the bones with which the decorations were made and, according to tradition, contains holy land transported from Palestine or Jerusalem. The body is nothing but a container for the soul, we agree, but don’t be surprised if you get goosebumps.

#4 Castel Sant’Angelo - Souls usually linger in the places that were the scene of their tormented life. It can thus happen that a place with heart-breaking beauty like Castel Sant’Angelo is loved not only by tourists but also by ghosts: in addition to the prisoners of the gloomy prisons of the castle, the most famous spirit is that of Beatrice Cenci, beheaded for patricide in September 1599 in a gloomy day of death and delirium, accompanied to the gallows by the screams, sobs and groans of a crowd divided between innocent and guilty. Every year, on the night between 10 and 11 September, Beatrice wanders around the bridge with her head under her arm, in search of her beloved brother Bernardo. Early in the morning, at dawn, you might also see a figure wrapped in a dismal scarlet cloak: it is Giovanni Battista Bugatti, better known as Mastro Titta, the most famous executioner in Rome. Not enough for you? Discover here all the haunted presences that populate the capital.

#5 Annibaldi Tower - In 13th-century Rome, when the city was in the hands of a few great baronial families, Pietro Annibaldi, who was the brother-in-law of Pope Innocent III, decided to build a tall tower on the ruins of a nymphaeum of the Republican age to show everybody the power of his family. The Frangipane, who were his bitter enemies, took it badly and tried in every way to obstruct its construction by throwing arrows and stones from their fortress on the Colosseum. In vain. Severe and massive, built without any frivolities or decorations as it was appropriate to its purpose and those dark times, the tower still inspires a certain fear and retains a strangely sinister aspect. Perhaps it is due to the macabre anecdote that concerns it: on its walls, at the foot of the Capitoline She-Wolf which at the time was placed here on a stone base to decorate the entrance, the disembodied hands of thieves caught stealing in churches were nailed.

#6 Fountain of Anna Perenna - Dark magic in Rome’s Parioli district: if places have a soul and convey the memory of past events, the remains discovered during excavation work for a parking lot in Piazza Euclide should inspire some fearful awe. The immured inscriptions bear the name of Anna Perenna, one of the most ancient and mysterious deities of the Roman pantheon, celebrated on the day of the Ides of March with lots of cups of wine. The fountain remained in use for ten centuries, from the 4th century BC to the sixth century AD, perhaps also because of the magical rituals carried out here, not always to serve good ends. The clotted mud has in fact returned about twenty lead laminas with “defixiones”, that is curses thrown at lovers, husbands, relatives and even a referee, as well as a little reassuring burnt copper pot and sealed containers with upside-down “voodoo dolls”, made of a mixture of water, flour and honey. Fans of the genre can find out more at the National Roman Museum at the Baths of Diocletian, where many of the objects found are kept.

#7 Buon Pastore Complex - Are you fascinated and scared by the bizarre buildings of the Coppedè district? In the Valle dei Casali, in a busy area away from the tourist routes, you will experience that same magical atmosphere and that uncanny sense of disorientation that occurs when entering an unexpected environment. 12,000 square meters of courtyards and arcades of medieval, Renaissance and Baroque inspiration make up this visionary citadel built between 1929 and 1938 by Armando Brasini as the seat of a congregation of nuns. Used as a hospital and military sanatorium, since 1969 the complex has housed some schools: alchemist and visionary, cursed and fascinating, its architect had died marginalized and forgotten only a few years earlier, after having created, among other things, the monumental and gloomy Ponte Flaminio and Villa Manzoni on the Via Cassia, whose ruins have today an evil reputation. The complex has an undoubted charm and from its gates you will see girls and boys coming out with backpacks and satchels. But is it just a coincidence that it was also chosen by horror director Dario Argento as a location of one of his films? 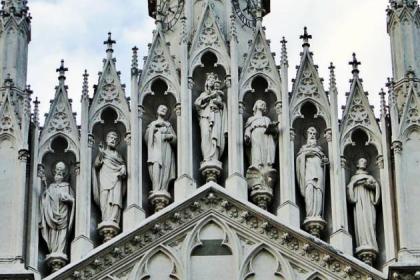 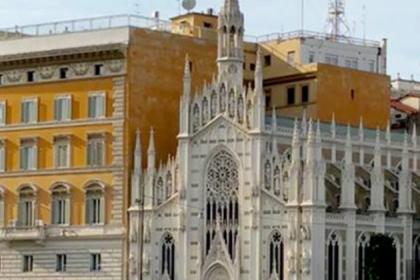 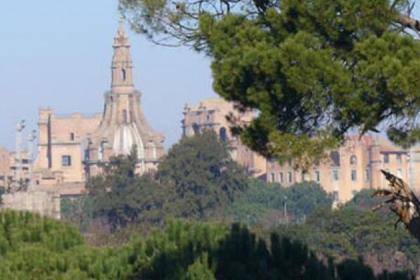 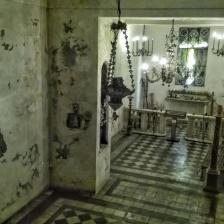 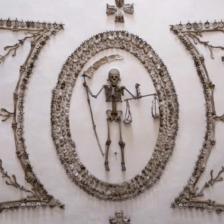 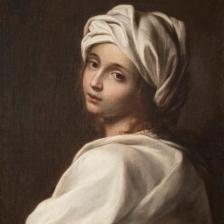 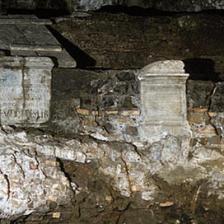 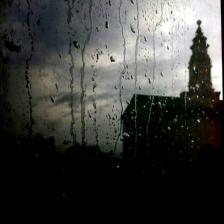 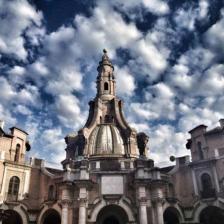 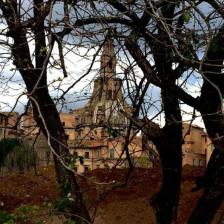