Museum of Santa Maria in Cappella 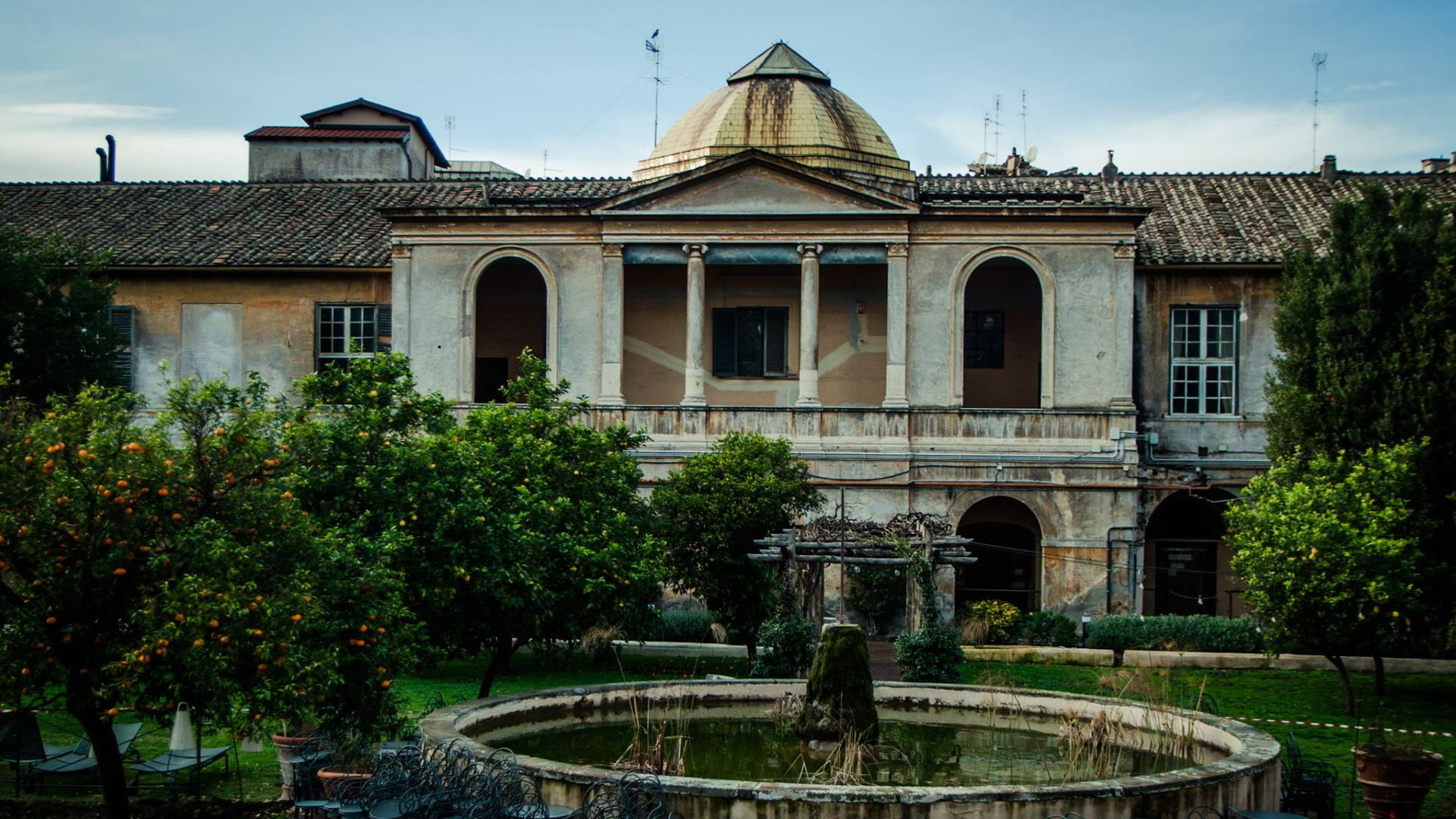 In a corner of Trastevere, a few steps from the famous Basilica of Santa Cecilia, a small church unknown to most is the heart of an impressive architectural complex, today made up of 2 wings and 2 palaces around an indoor garden. Its long and important history is intertwined with the hospitality and care for the sick and begins in the Middle Ages: its original structure dates back to the end of the 11th century, when the church – later known as Santa Maria in Cappella – was consecrated by Pope Urban II. Right here, in the 15th century a hospital for pilgrims, poor and sick was opened at the behest of the Ponziani family and above all of St Frances of Rome, who had married Lorenzo Ponziani and who lived only a few meters from here.

After the saint’s death, the complex was inherited by the Oblates of Tor de’ Specchi who in 1540 gave it to the Confraternita dei Barilari, the makers of wooden barrels. A century later the powerful and strong-willed Olimpia Maidalchini entered the history of this place. Devoted to St Frances of Rome, Donna Olimpia was the wife of Pamphilio Pamphilj and sister-in-law of Pope Innocent X: she began purchasing adjacent land and buildings and, with the support of her architect Carlo Rainaldi, transformed the medieval complex into a Casino del Belvedere overlooking the Tiber with a wonderful garden of delights with rare essences, vines and fruit trees, whose beauty is still enjoyable today. The place became known as the “Baths of Donna Olimpia”, due to the possibility of bathing in the Tiber with a private access. The garden was also enriched with works of art, including the Fountain of the Snail that Bernini had designed for Piazza Navona and that the Pope had given to Donna Olimpia. Fled from Rome on the death of Innocent X, Donna Olimpia left the Casino to her heirs, but in the 18th century the property was entrusted to tenants and gradually fell into decline.

In the 19th century the whole complex underwent big transformations. Prince Filippo Andrea V Doria Pamphilj commissioned architect Busiri Vici to renovate and put the old hospital back into operation: in 1859 the Chronic Hospital was inaugurated, which still operates today as the Santa Francesca Romana Rest Home. In 1888, with the construction of the Lungotevere, the property was partially expropriated: the Casino was demolished and the two almost twin 5-storey buildings were built on the new front, again by Busiri Vici, connected at the base by the surrounding wall. In the early 20th century, the architectural complex thus assumed the appearance it still has today.

Today the complex has different destinations: rest home, exhibition space for the artistic and archaeological remains found on site, garden and place of worship. The museum itinerary winds through various exhibition rooms that narrates the events of the church through a historical excursus from the Roman era to the 19th century. Worth noting are the epigraph of consecration of the church, which recalls the primitive appellation of the building qu[a]e appella ad pinea (“which is called of the pine tree) and a 12th century reliquary box, containing two small pots with the relics of the saints Cornelius, Peter, Anastasius, Melix, Hippolytus and Marmenia, as reported by the inscriptions. The visit includes the garden so loved by Donna Olimpia, the 18th-century chapel, the 19th-century hall and the small but charming church of Santa Maria in Cappella.

Museums and places of culture are required to comply with the COVID containment measures.
For visiting hours and procedures, please visit the official website