Monastery of Oblates of St. Frances of Rome 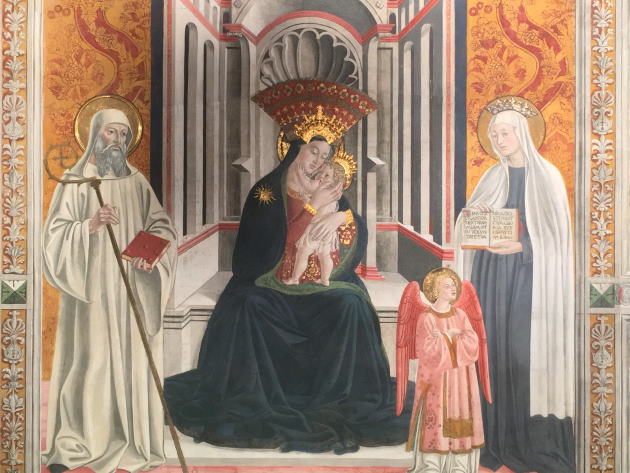 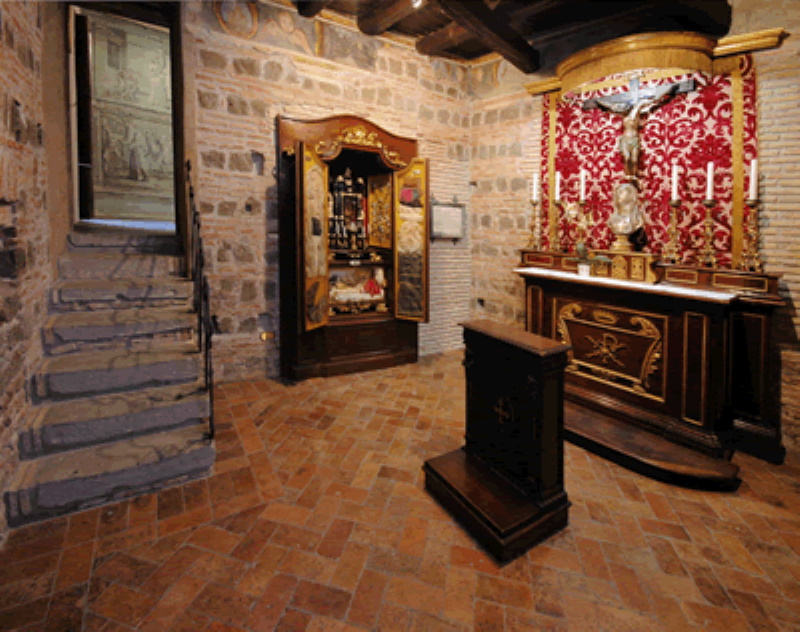 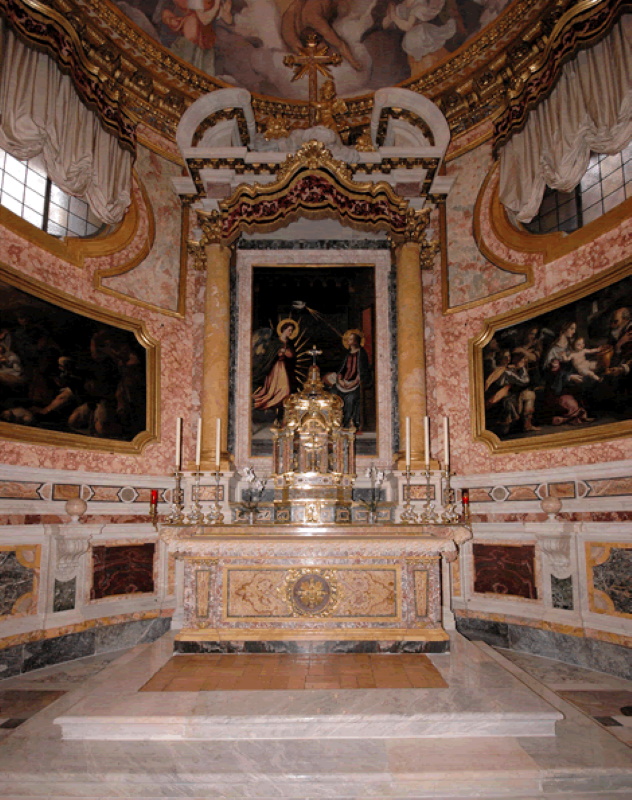 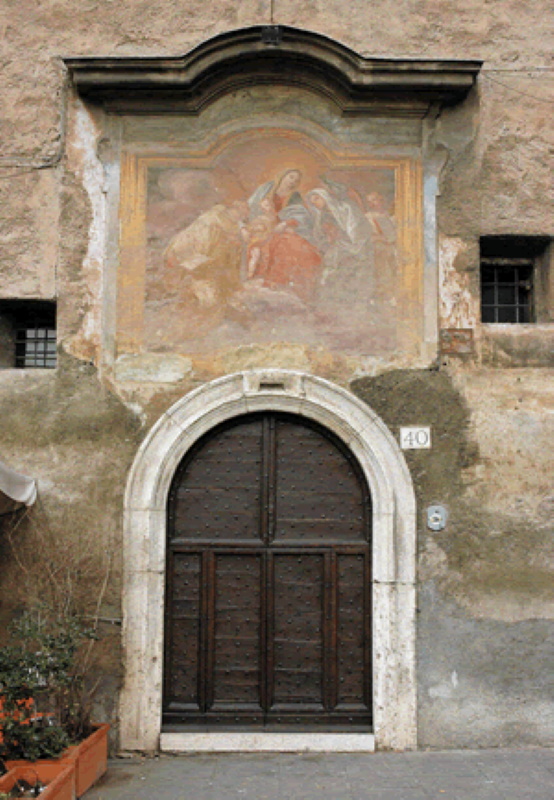 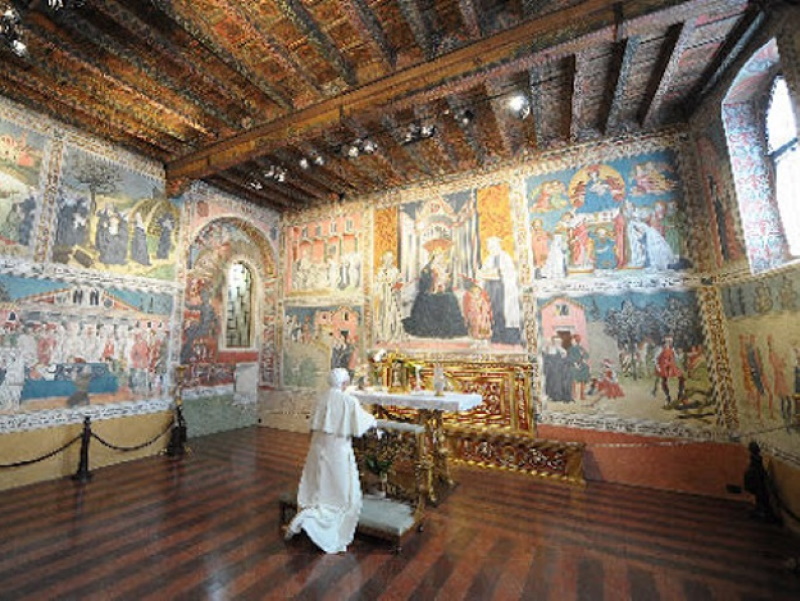 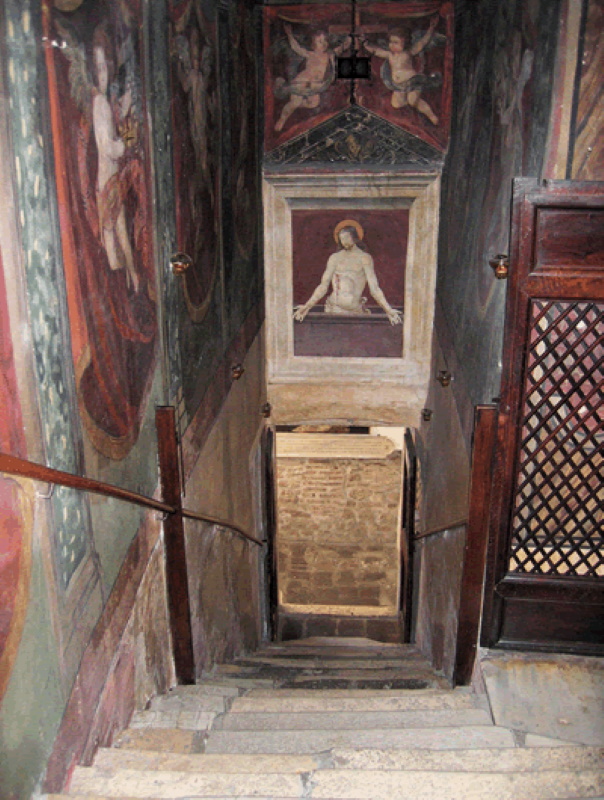 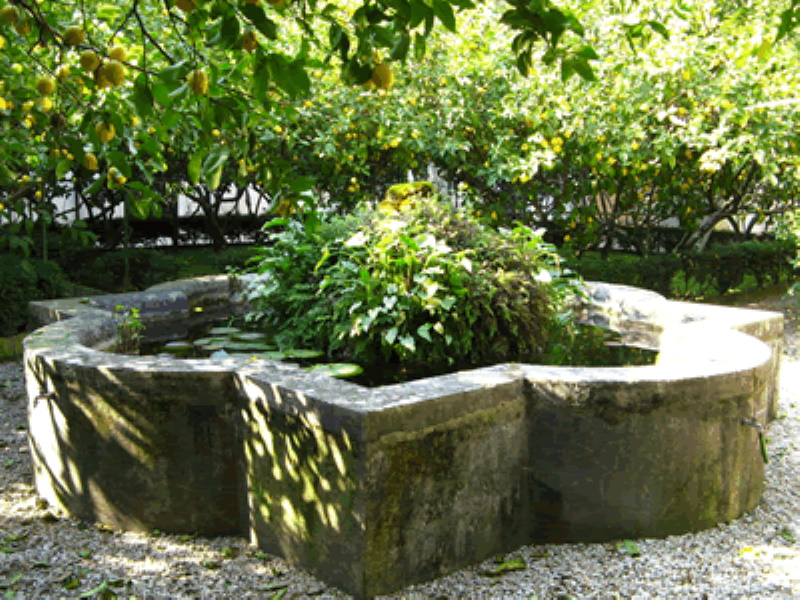 Located at the foot of the Capitol Hill, between the basilica of Santa Maria in Aracoeli and the Theater  of Marcellus, the Monastery of the Oblates was founded by St. Frances of Rome (Santa Francesca Romana) and inaugurated on 25 March 1433, on the day of the feast of the Annunciation. The religious project of the saint was revolutionary because it mixed monastic ideals and secular values. The oblates, in fact, although in seclusion, were in contact with the outside world for charity. In the 17th century, the community counted up to 138 oblates, some of which belonged to noble Roman families such as Orsini, Colonna, Cenci, Accoramboni, Massimi, Cesi, and Pamphilj.

A door surmounted by a fresco depicting the Saint with the angel and Saint Benedict flanking the Madonna and Child gives access to the oldest part of the convent, at number 40 on Via del Teatro di Marcello. The atrium, which was originally a stable, still houses the old manger, the lid of a large Roman sarcophagus, used by the saint to distribute food and clothing to the poor. The oratory is decorated with 15th-century frescoes. They consist of 25 scenes and are the work of an anonymous painter, perhaps belonging to the workshop of Antoniazzo Romano. Each fresco brings a Romanesque caption representing significant documentation of the language of the time and also testifies the relationship of the Saint with the city. The last one even reports the year: 1468, in which all the frescoes were presumably executed. The images are a testimony of the life in the 15th-century city. From the refectory, decorated with 17th-century frescoes, you can enter the cell where the Saint lived from 1436 to 1440, the year of her death.

You can access the most modern part of the monastery from via del Teatro di Marcello 32. Inside it, there is a porticoed courtyard adorned with the coat of arms of Monte Oliveto and the name of Jesus. Among the sepulchral tombstones preserved here is that of the father of Santa Francesca Romana. Here are also the remains of the church of Santa Maria Liberatrice at the Roman Forum, demolished in 1902 to bring to light the remains of Santa Maria Antiqua. From the audience room, you can access the lower and upper church. In the lower one, called Santa Maria de Curte, during the Holy Week, the original 17th-century wallpapers obtained with straw inlays are exposed. The interior has three naves, separated by hexagonal pillars. The apse contains white and golden stucco panels depicting the Presentation of Jesus in the Temple and the Presentation of the Virgin (1662). In the center, there is an image of the Madonna and Child dating back to the 17th century. The basin where the miraculous ointment is prepared according to the recipe of Santa Francesca is still preserved in the entrance wall. The upper church, or Santa Maria Annunziata, celebrates the memory of the day in which e monastery was inaugurated and the day of the feast of the Annunciation. It has an atrium decorated with 18th-century frescoes, a carved wooden ceiling, and a polychrome marble floor.

On the occasion of the anniversary of the death of the Saint, on 9 March each year, the monastery opens to the public for the ancient rite of the Blessing of the Ointment.

The name "Torre degli Specchi" is attributed either to the round shape of the windows of an ancient tower that was part of the complex or to the tools for spinning and carding the wool, used by the local artisans.

9 March of every year, feast of Santa Francesca Romana 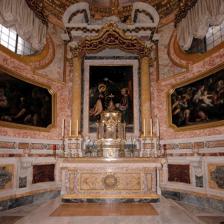 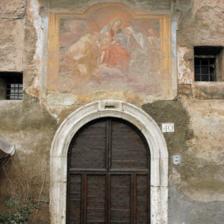 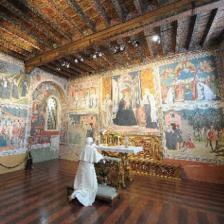 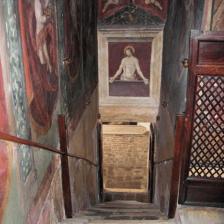 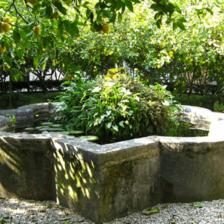