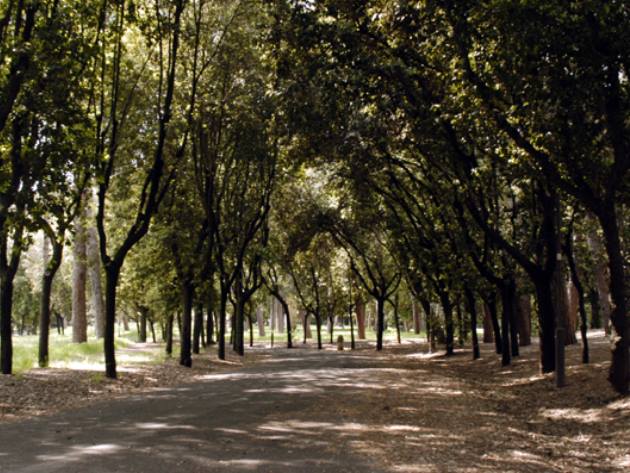 The Park of Villa Glori is located on Monte Caciarello, a hill descending from via dei Monti Parioli to the Tiber, and occupies a large area between the Parioli and Flaminio districts.

It was opened to the public in 1924, on the design by architect Raffaele De Vico, and is immersed in the Mediterranean greenery of pines, holm oaks, oaks, laurels, horse chestnuts, cedars and olive trees, meticulously lined up in rows.
With the name "Parco della Rimembranza", it was dedicated to the fallen of the First World War, and later, to all the Romans fallen for the homeland.

A series of paths, named after the protagonists of the battle of 23 October 1867 between the papal troops and the seventy men led by the Cairoli brothers, cross the Villa and meet in Piazzale del Mandorlo. Here is the monument in memory of Cairoli brothers- a small artefact with a dry branch of the almond tree under which Enrico Cairoli died - and a memorial stone dedicated to the soldiers who fell in peacetime.

In 1924, Roman students planted still living trees: each had a plate with the name of one of the soldiers who lost their lives in the First World War. In 2003, a small plaque dedicated to the carabinieri who died in Nassiryia was placed behind the almond tree branch.

In the green area, a contemporary sculpture park was created in 1997 with the permanent exhibition Varcare la soglia. Works by Uncini, Canevari, Castagna, Dompè, Staccioli and Kounellis and others have been placed. The meaning of the exhibition, not only aesthetic, is to testify the ability of art to communicate social values ​​such as solidarity, assistance, and overcoming any prejudice towards all diversities.

For archaeology enthusiasts: on the north side of the hill, entirely excavated in the tuff, there is a hypogeum, accidentally found in 1794 by the Danish naturalist Abilgaard, originally dated to the Antonine period with prolonged use during the second and third centuries AD.