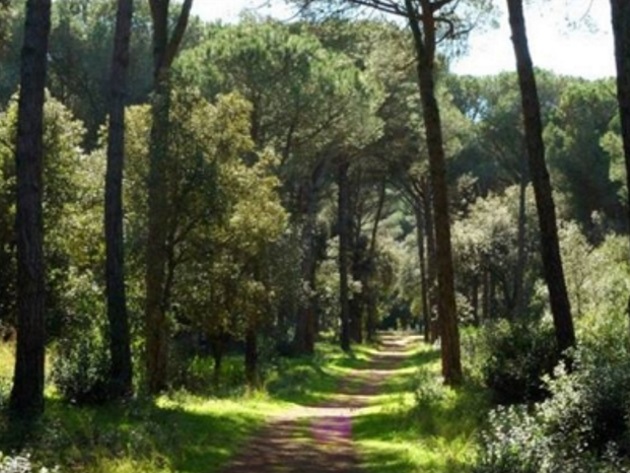 Established in 1996, The State Natural Reserve of the Roman Coast is one of the most unique of the entire national system of Protected Areas. It extends for about 15,900 hectares, of which 8,000 in the territory of Roma Capitale.

In its perimeter of over 140 km, with a very jagged shape, the mosaic of natural environments escaped urbanization includes evergreen woods, banks and river mouths, dunes, wetlands, stretches of Mediterranean scrub, stretches of the Roman countryside of surprising beauty.The agricultural landscapes are also widespread, dominated by straight lines of canals, collectors, water pumps of the large coastal reclamations carried out since the end of the 19th century.
The morphology of the Reserve is mostly flat, furrowed by the many early 20th-century drainage channels and by the terminal sections of the Malafede, Mezzo Cammino, Magliana, and Rio Galeria ditches. The main naturalistic danger is the Tiber river that crosses it for over 22 km and by the floodplain areas that fill up in overflow periods.

The area includes an exceptional historical and archaeological heritage, such as the Excavations of Ostia Antica, the Imperial Ports of Claudius and Trajan, the Via Severiana, the Villa of Plinio, the Julius II's Castle, the Renaissance Torre San Michele, attributed to Michelangelo, the medieval Torre Boacciana, the medieval castles of Castel Fusano (Chigi) and Ostia Antica, and the paleontological sites of Castel di Guido and Malafede.

Historical background
The Park of the Roman Coast includes a big part of the Mouth of the Tiber, dating back to about a million years ago, at the beginning of the Quaternary. The oldest deposits are located a few kilometers from the coast, in the Macchiagrande areas of Ponte Galeria; these are clays, sands, gravels, raised by tectonic forces at about 50 meters high to constitute a so-called terrace. More recent deposits, dating back to about 100,000 years ago, are those of the ancient Dune, consisting of fine yellow sands. The most recent deposits, younger than 10,000 years, are represented by clays from the flood plain. Until the 16th century, the coastline was set back from where it is today. It was a coast road located at Ostia Antica, along Via della Scafa and Via Severiana.

From the sea, going inland, you can appreciate: the coastal dune cords, with holm oak and pine forests; the Ancient Dune, with oak forests, among which the turkey oak, the Quercus frainetto, and the cork; the alluvial plain, with common oak forests, now fully cultivated; the Macchiagrande coastal terrace, with diversified and complex vegetation - holm oak, cork oak, hornbeam, thistle; the reclaimed coastal lakes, about 4 meters above road level, where, until the end of the 19th century, a coastal lake was.

The Capocotta dunes
The Capocotta beach is delineated by the presence of dunes, now almost disappeared, and Mediterranean vegetation. The elevated wooden walkways guarantee access to the beach and prevent damaging the remaining plants.

Castel Fusano Park and Villa di Plinio
The Park occupies the area of the Mouth of the Tiber and covers more than 1000 hectares. The forest, of artificial origin, was planted in 1700 with holm oaks and pines, mostly for production purposes. It is crossed by Via Severiana and preserves the Villa di Plinio which constitutes the most relevant point of interest of the whole naturalistic complex. Also known as Villa of the "Palombara" - for the presence of a large holm oak used during the 19th century for hunting "palombi" (wild pigeons) -, it is also wrongly identified with the famous villa of Pliny the Younger (Como 61 AD - Nicomedia 113 AD), who described it in a letter to his friend Gallo.

Tenuta of Castel di Guido - Oasi Lipu of Castel di Guido
The Oasis 250 hectares are immersed in the 2500 hectares of the Castel di Guido farm where barley, wheat, and corn are produced. In addition to the cows for the production of milk and cheese, the largest herd of Maremma cows in Lazio grazes here: about 450 animals ruled by cowboys on horseback. Inside, you can detect birds of passage and sedentary, including swallows, martins, swifts, and royal kites.
The Lipu Oasis of Castel di Guido is inserted in a vast area of low undulating hills, which is also affected by the climatic influences of the nearby coastal area. The landscape resembles that of the Roman countryside of the last century, with pastures, meadows, woods, and hedges, that alternate with the cultivated areas.
Thanks to the great environmental diversity, wild boars, foxes, badgers, hares, martens, and Herman's Tortoises are particularly abundant.
Its proximity to the Capital and conformation are proper for hikers of all ages. The Oasis is also suitable for short "trips out of town" and allows you to combine agriculture and respect for nature. It has a Visitor Center, two ring trails covering the main areas, and large spaces for parking, even your motorhome.
A cycle path of about 20 km crosses the whole farm where you can find a shop selling dairy products and Maremma meat. Inside the Tenuta di Castel di Guido, it is possible to visit the area of the Roman Villa of Monte Colonacce - by booking at the Archaeological Superintendence of Rome tel. 06 4880530. The villa, datable between the III century BC and III AC, was probably owned by dei Coeli, a family linked to the imperial court.

The Reserve vegetation includes Mediterranean scrub, pine forest, and mixed forest, wet and dune vegetation, river environments, together with vast expanses of lawn and cultivated land that characterize the park. The view over the sea, which borders it for 3,5 Km, in the Roma Capitale area includes Capocotta beach and the coast near the Idroscalo.

The management of the Reserve is entrusted to the Municipalities of Rome and Fiumicino, each for its own area.

The headquarters of the decentralized management office is in Via del Martin Pescatore 66 - Castel Fusano (Pantano) - 00124 Roma. 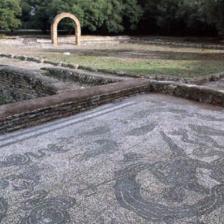