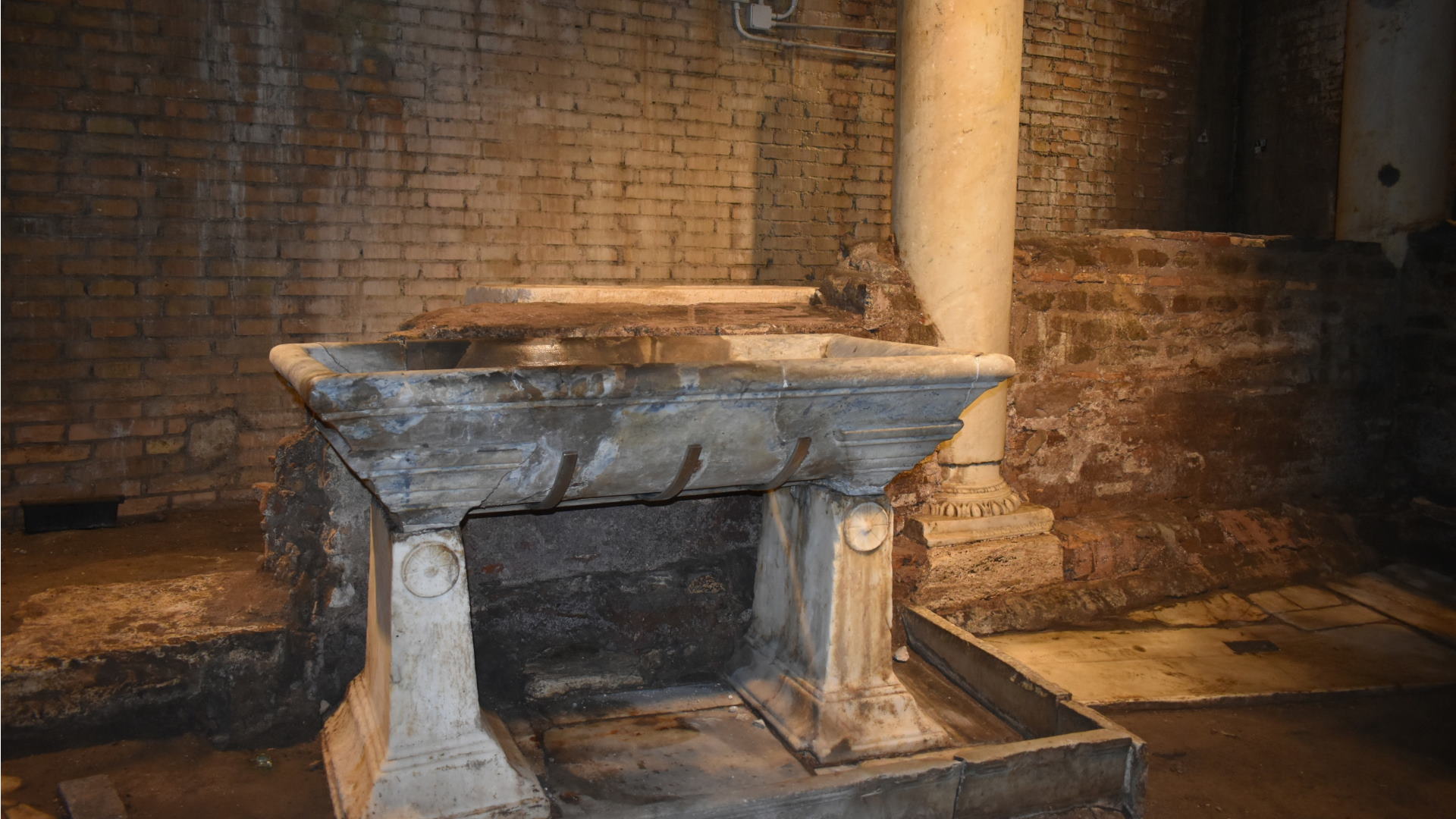 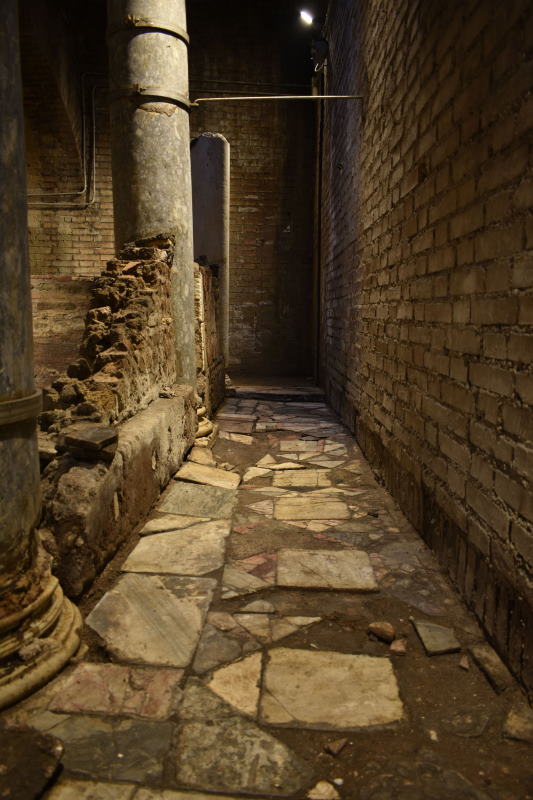 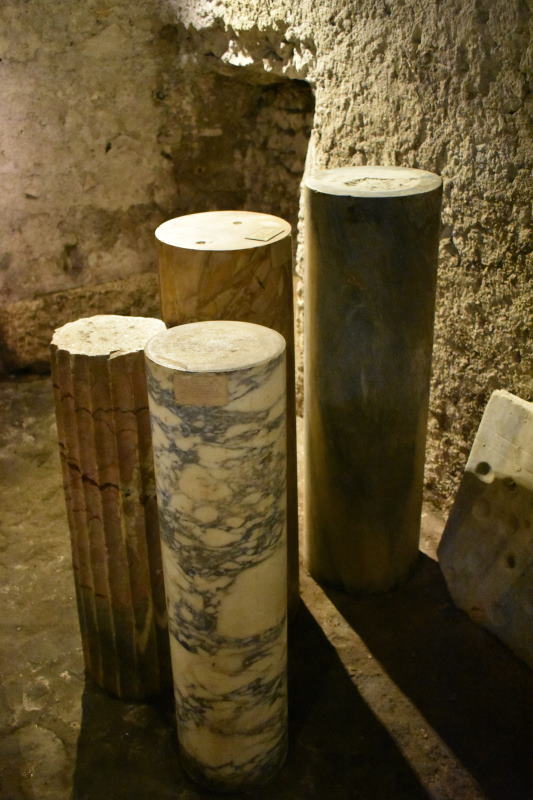 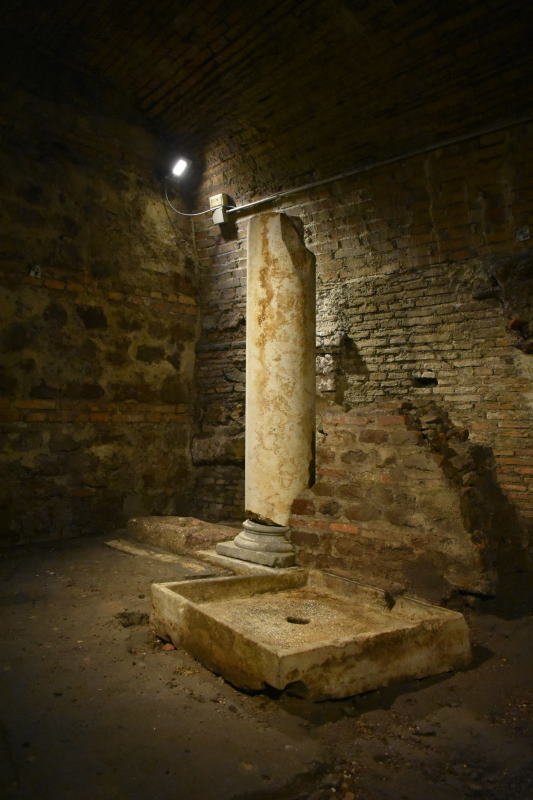 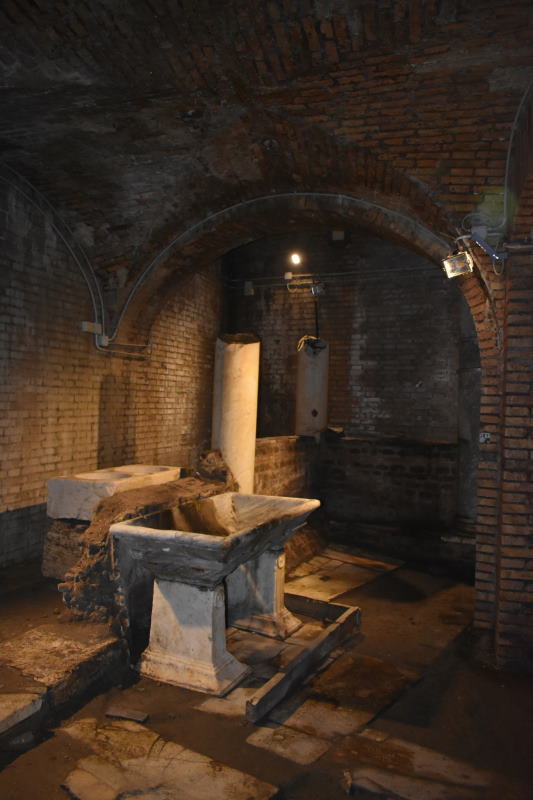 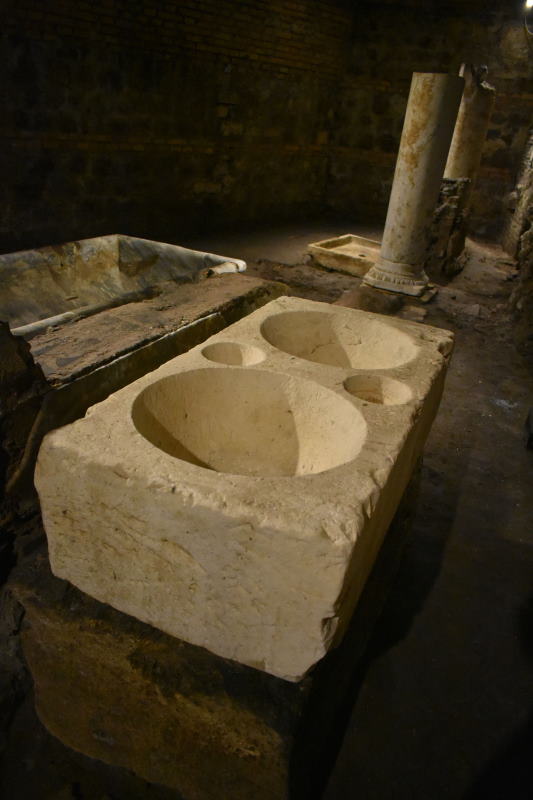 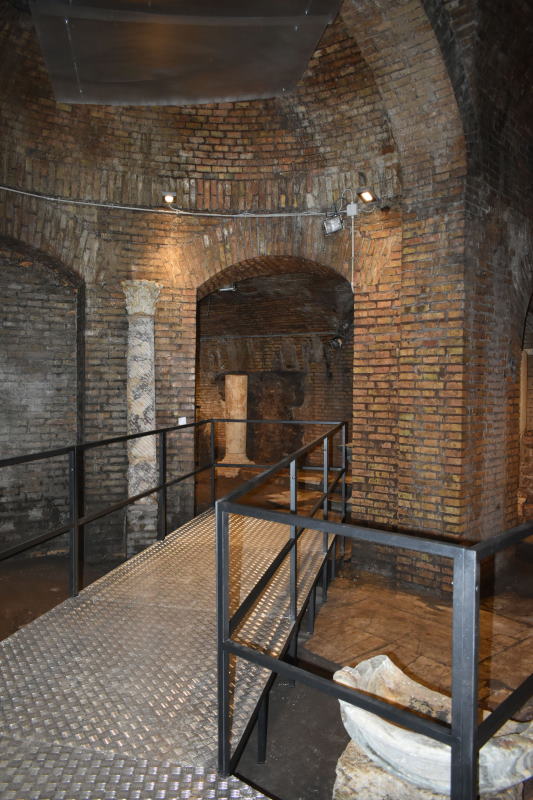 Discovered 4 meters below current street level, under the basement of the small but precious Barracco Museum, the archeological remains of the so-called Roman Domus were found fortuitously in 1899 during the partial demolition of the Renaissance building that eventually became the museum’s seat, made necessary to allow the opening of the new road axis of Corso Vittorio Emanuele II.

The structures and archaeological remains preserved include a large portion of a portico with columns, paving in precious marble, numerous furnishing elements referable to fountains or basins and an extraordinary “mensa ponderaria”, that is a public weights and measures table used to check the accuracy of the measures of the merchants. The walls were decorated with frescoes, with aquatic subjects and landscapes, that were removed during the seventies and are at present kept at the museum. The building certainly underwent changes and renovations over time, with the reuse of recycled materials as it was customary since the late imperial era. Many of the elements we observe are thus from the Augustan and Julio-Claudian age, while most of the structures date back to the 4th century AD, the last documented life phase of the site.

The identification and destination of the complex are still controversial even though it was almost certainly a public building with a rich architecture, transformed at a later date in a private residence. According to one hypothesis, it may have hosted some of the rooms of the Stabula quattuor factionum, that is, the headquarters of the famous four four equestrian factions competing in the Circus.

Special opening of the Casa Romana until 31 december 2022 on Saturdays and Sundays only + Thursday, December 8, 2022.
Closed on Sunday 25 December
Entrance only with required reservation, for groups at 060608 every day from 9.00 to 19.00.
Reservations are recommended for individual visitors.
In case of adverse weather conditions, it will not be possible to enter the site in the basement for safety reasons 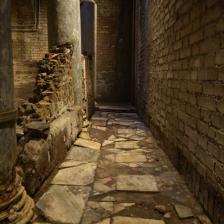 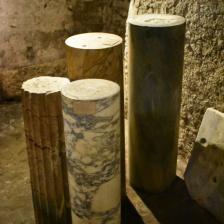 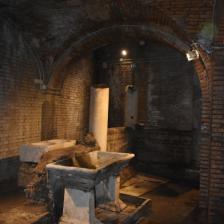 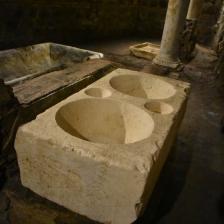 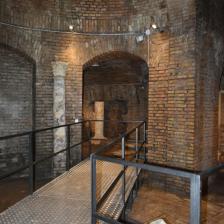