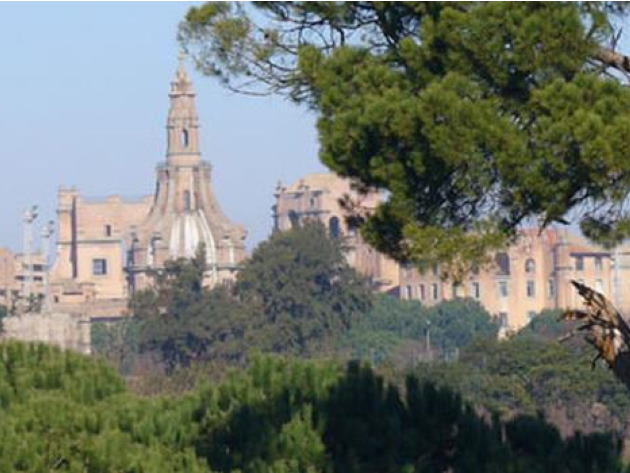 The Natural Reserve Valle dei Casali extends between the districts of Monteverde, Bravetta and Trullo, and borders in part on Villa Pamphilj. The landscape consists of a plateau which slopes down towards the Tiber, with a series of hillocks; in addition to the river, it is crossed by numerous water ditches, including that of Affogalasino.

From a naturalistic point of view, the most widespread vegetation in the area is represented by species such as oaks, maples, elms and brooms, reeds, some herbaceous such as Compositae, grasses and legumes, whereas, in the humid environments there are willow woods and poplars. The fauna includes mainly of birds, such as the kestrel, the barn owl, the skylark, the owl, the bee-eater, the swallow, the shrike. The reserve is mostly farming and grazing land; in fact, it is occupied in considerable part by vast agricultural areas.

In addition to the numerous farmhouses (casali) that give the name to the reserve, the following sites are worth mentioning: the 18th-century Villa York, a typical example of a Roman vineyard built according to the English conception of the natural landscape, and so-called by Cardinal Clemente Duke of York, son of King James of England; Villa Consorti, the farmhouses in Vicolo Silvestri - in the area of ​​the monumental structure of Buon Pastore, along via del Casaletto up to the complex of the Beata Vergine del Monte Carmelo and the Parrocchietta; the complex of Villa De Angelis, along Vicolo Clementi and Via dell'Imbrecciato, the Casale Pino Lecce and Torre Barricello.