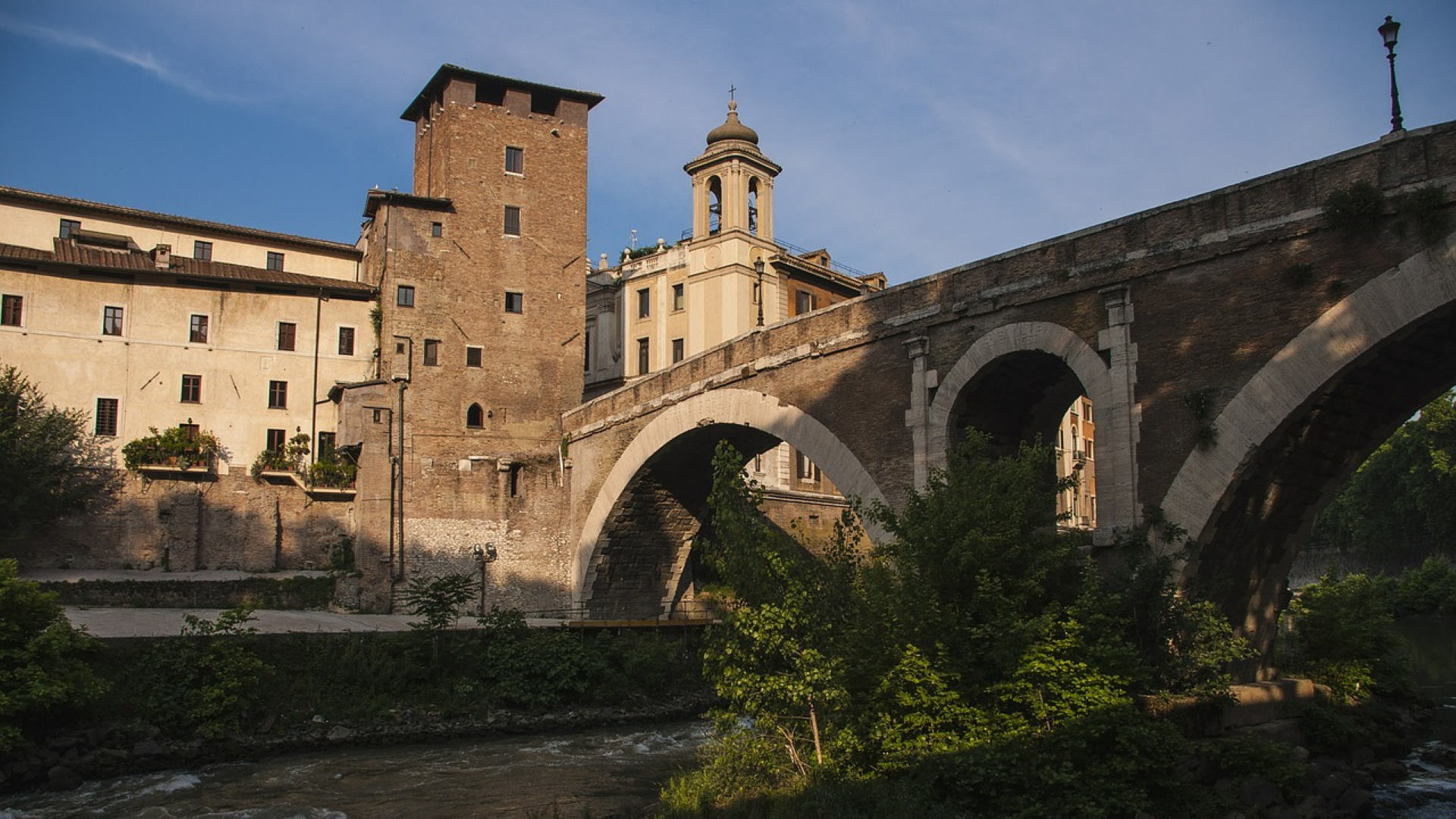 It is the best preserved Roman bridge and, together with the Milvian Bridge, the oldest still in use. It connects the Tiber Island to the left bank of the Tiber and was built in 62 BC to replace an entirely wooden bridge, which already existed in 192 BC, according to the historian Livy, but which was certainly earlier. Four inscriptions in large letters are engraved on its arches handing down the name of its builder: Lucius Fabricius, at the time curator viarum, that is, in charge of the care and administration of the streets.

A later inscription in smaller letters recalls the restorations ordered by Marcus Lollius and Quintus Aemilius Lepidus in the first century BC and made necessary after two great floods of the Tiber. The bridge certainly underwent other interventions in the imperial age and the poet Horace remembers it as the place from which people in despair often threw themselves into the river. It was then restored in 1447 by Pope Eugene IV, who had it paved with travertine slabs, and again in 1679 during the pontificate of Innocent XI, who provided for the consolidation of the structure and the rebuilding of the parapets.

Its two large arches, slightly lowered, rest on a central pillar. A smaller arch in the middle of the pier was made to enable high water to flow along more easily, thus removing some pressure from the bridge. The bridge has a core peperino ash and tufa structure and is covered for a large section with travertine slabs. Its brick facing is attributable to the 17th-century restorations. The parapet is decorated with two marble herms with four heads, hence the modern name of Ponte dei Quattro Capi (“Bridge of the Four Heads”), already attested in the early 16th century.

Legend has it the herms on the bridge recalls what happened to the four architects who worked on its restoration in the late 16th century. They couldn’t agree on repairs and often argued, angering Pope Sixtus V, who had them all beheaded after the project was complete. To remember the, a monument with four heads was constructed in a single block of marble, forcing the four to an eternal close contact. One of the herms is depicted in the nearby monument dedicated to Giuseppe Gioacchino Belli in the Trastevere district, which shows the Roman poet leaning against the parapet of the bridge. Because it has been situated right next to the Jewish Ghetto since the ghetto’s establishment in the Middle Ages, the bridge was long also known as the Pons Iudaeorum (Jewish Bridge).