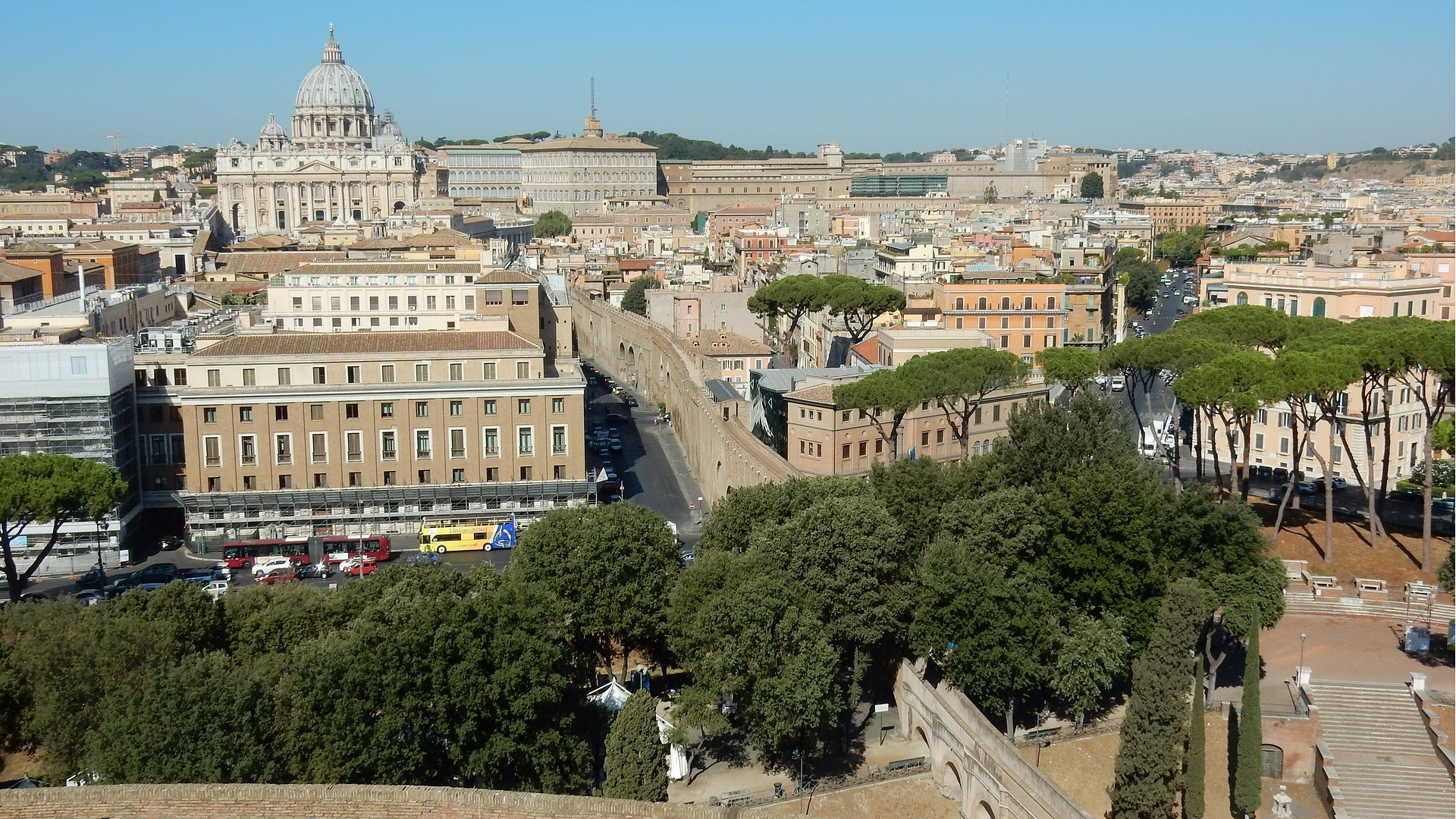 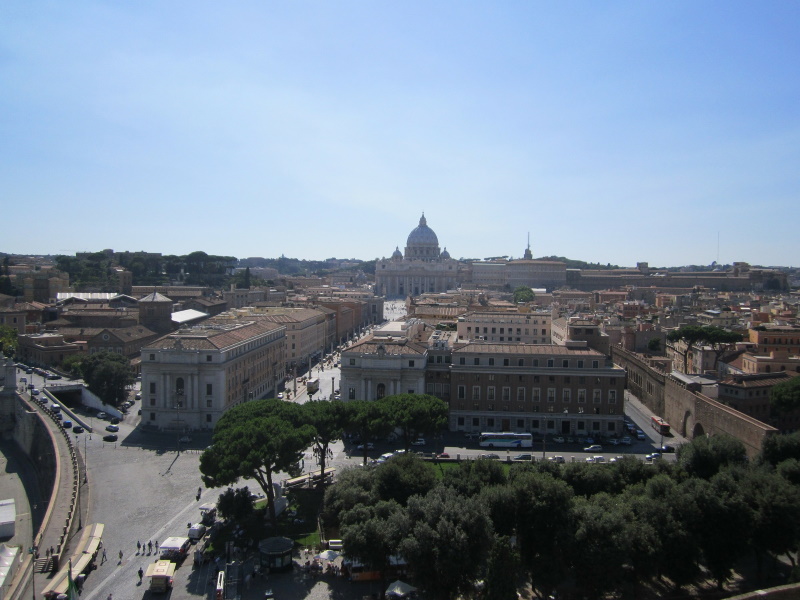 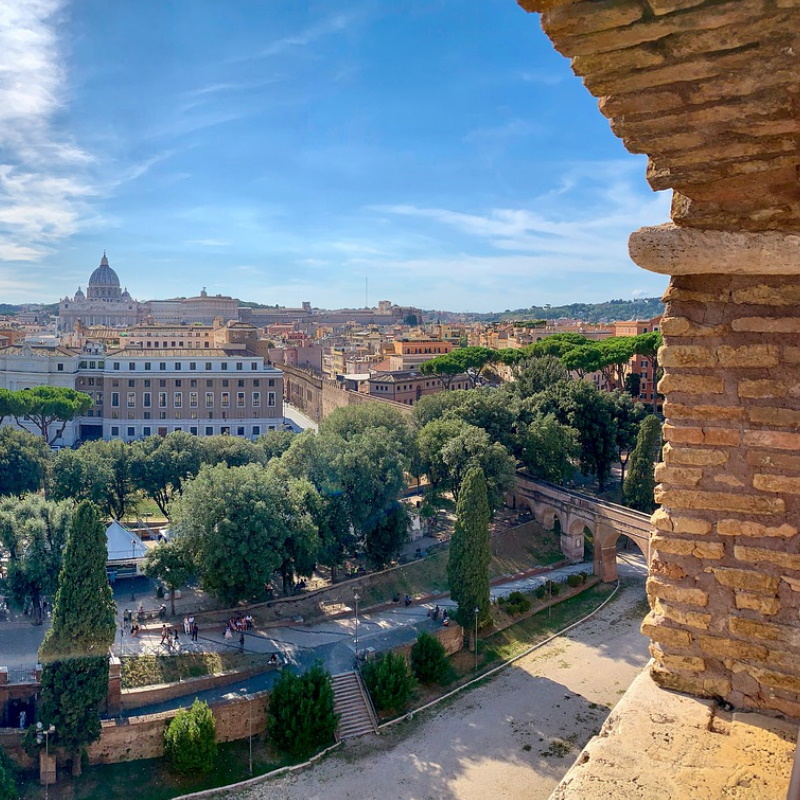 Er Coridore de Borgo (the Corridor of Borgo), as the Romans of papal Rome used to call it, is also known as Passetto di Borgo, or Passetto. It corresponds to that raised and fortified section of the Vatican Walls that from the Apostolic Palace of the Vatican, starting from behind the colonnade by Bernini runs along via dei Corridori and via Borgo Sant'Angelo and ends in Castel Sant'Angelo.

It was part of a defensive structure that ran from the foot of the Vatican Hill to the Mausoleum of Hadrian, to protect the military camp that the barbarian Totila set up in this area of the city around 547. The building, modest in elevation and irregular in layout, was built with large roughly squared blocks, partly still visible near Porta Castello. Around 852, Pope Leo IV (847-855) built a city wall, about 5 meters high, equipped with a walkway, to protect the basilica of St. Peter and the nearby buildings. To erect it, he exploited, where possible, the pre-existing structure that was later used for the construction of the Passetto as we know it today.

Some scholars say that the Passetto was built around 1277, during the pontificate of Niccolò III, the pope who transferred the papal residence from the Lateran Palace to the Vatican. Others believe that the works began with Boniface IX between 1389 and 1404, and ended with Baldassarre Cossa, or the antipope John XXIII (1410-1415).

Over the centuries, it was modified and renovated several times and by several popes, including Niccolò V (1447-1455), Sixtus IV (1471-1484), and Alexander VI (1492-1503), with the addition of paths for patrols, battlements, watchtowers, fortifications, and elevations.

The Passetto had the purpose of controlling the area of the underlying Borgo and repressing any riots, thanks to the elevated position from which to easily throw arrows or shoot. Lead in secret prisoners of importance to the dungeons of Castel Sant'Angelo. Perhaps, it is precisely that stretch that an illustrious prisoner like Beatrice Cenci walked in chains and in complete secrecy, before her execution, in 1599. Mainly, the Passetto was intended to provide a quick escape route for the pope, in case of enemy aggression or attacks on his person. The pope could escape from the Vatican and take refuge among the thick and well-protected walls of the Castle.

Its strategic importance emerged more in the darkest and most painful periods for Rome and for the Church, such as in the year 1494, when Pope Alexander VI Borgia traveled 800 meters in length to find refuge in Castello, during the invasion of Rome from part of the militias of Charles VIII of France. Or in 1527, when Clement VII Medici (1523-1534) found refuge in Castel Sant’Angelo, during the Sack of Rome perpetrated by the Lanzichenecchi of Charles VIII. The pope was saved by the broken bonnet, running along the narrow passage, while the courtiers and the nobles who accompanied him protected him with a dark cloak, to prevent the white robe from becoming an easy target. The Swiss guards fought bravely to favor the pope’s retreat but were murdered. Even today, those walls are marked by the numerous arquebus shots fired by German mercenaries.

This is the last great enterprise linked to the Passetto, which with the end of the 16th century, saw its defensive function wane, but not the interest in the anecdotes it evokes.

Among these, we remember one of the most curious: it is said that Rodrigo Borgia (Pope Alexander VI) used it to reach the apartments where he met his lovers. From this story, a very particular custom was born, namely the one whereby, walking 77 times back and forth along the 800 meters of the Passetto, just over 60 km, men were able to recover their lost masculinity.

From the terrace of the National Museum of Castel Sant’Angelo, you can enjoy a privileged view of the city and of the Passetto di Borgo. 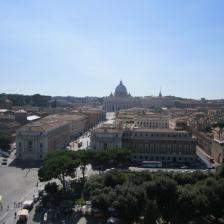 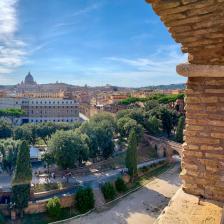