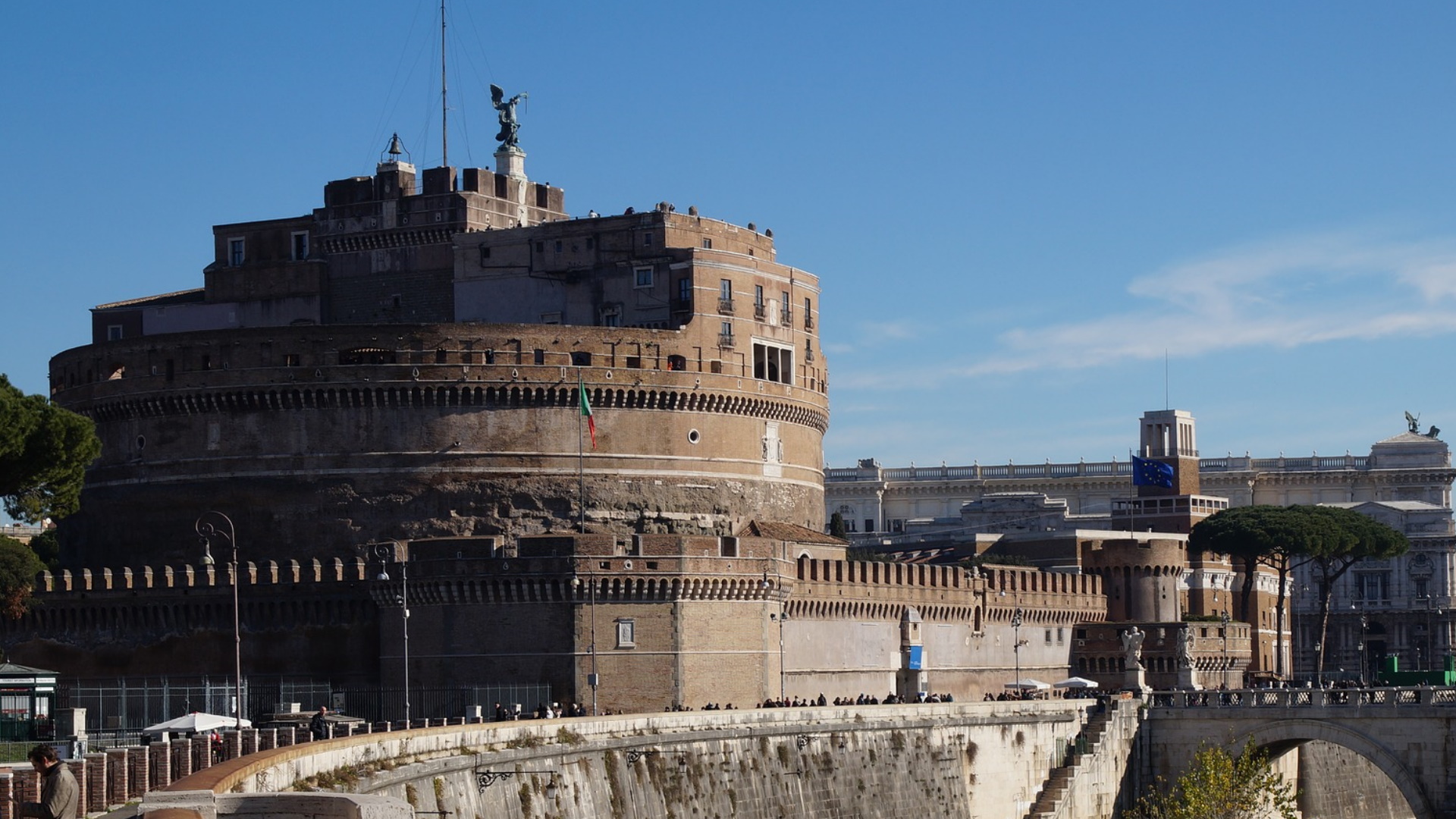 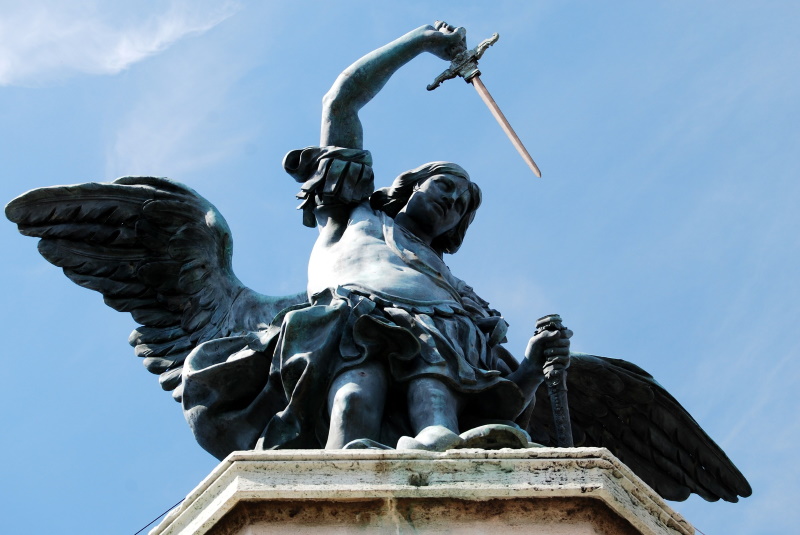 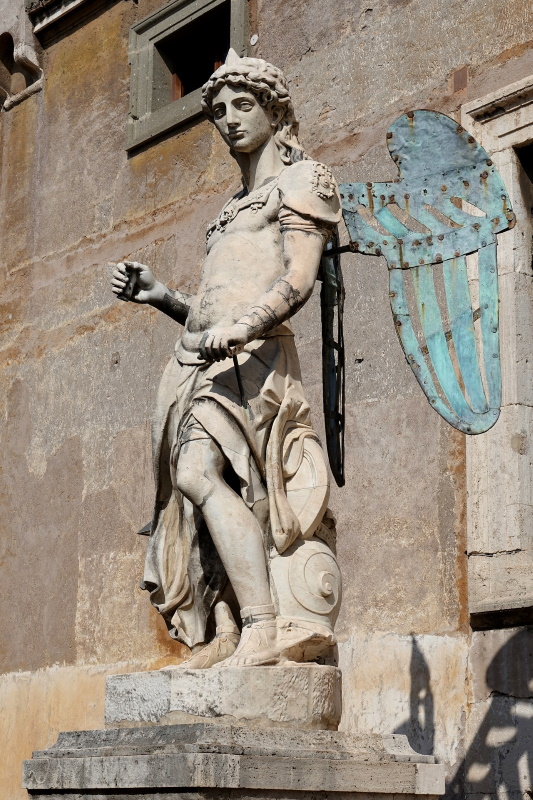 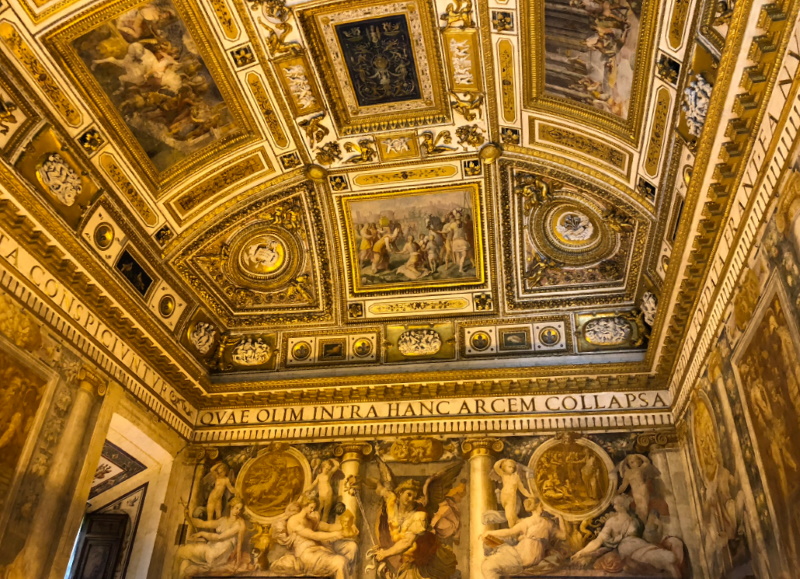 Located on the right bank of the Tiber, a few steps from the Vatican which it is connected to by the “Passetto di Borgo”, Castel Sant’Angelo, also known as “Mole Adriana” and Mausoleum of Hadrian, is one of the most famous and visited monuments in Rome. From the top of its terraces or from the large openings located along the outermost walkways, you can also enjoy one of the most evocative views of the city, especially at sunset.

The history of Castel Sant’Angelo begins in 135 AD. at the behest of the emperor Hadrian (117-138 AD) who, wishing to have a funeral mausoleum built for himself and his family, turned to the architect Demetriano. In the emperor's mind there was a monumental tomb according to the Mausoleum of Augustus style, but much larger.

Completed in 139, a year after the death of Emperor Hadrian, by Antoninus Pius, the mausoleum was accessible from Campo Marzio through Ponte Elio, the current Ponte Sant'Angelo.

The monument consists of a cubic base in Lunense marble and a tambour (circular construction) which currently constitutes the lower part of the castle. The whole building was covered with marble and decorated with festoons and friezes on which you could read the names of the emperors buried inside. Through a gallery going around the tambour, you enter a corridor that leads to the sepulchral chamber, located in the center of the mausoleum and which in ancient times was decorated with precious polychrome marble slabs; today, the brackets that held them can still be seen. The area housed the ashes of the emperor Hadrian. Here, his wife Vibia Sabina, the emperor Antoninus Pius and his wife Faustina Maggiore, the emperors Commodus, Marcus Aurelius, Septimius Severus, Geta and Caracalla were also buried. On the top of the mausoleum there was a bronze quadriga that carried the emperor Hadrian in triumph.

In 403 AD, perhaps by the emperor Honorius, the building was included in a bastion of the Aurelian walls, becoming part of the defensive system of the city and losing its original function. This was also the time when it began to be called castellum. Instead, it was around 590 that, according to tradition, the Mausoleum of Hadrian was called with the name we know it today: Castel Sant’Angelo.

During the procession organised to ward off the serious pestilence that had struck the city and was decimating its population, Pope Gregory I had a vision: the archangel Michael who, on top of the Mole Adriana, sheathed his sword. The event was interpreted as a sign from heaven announcing the end of the plague. So it was. As a thanks, the pope erected a church dedicated to St. Michael and later there a statue was placed depicting the angel in the act of putting away the sword.

After various vicissitudes and disputes over ownership, and after being also used as a prison, a use it maintained at least until the early 1900s, in 1365, the castle was ceded by the Orsini to the Church. Thanks to its massive and fortified structure, the popes began to use Castel Sant’Angelo as a refuge, as a seat for the Vatican Archives, as a sort of vault for the Church's Treasury, as a courthouse and a prison.

At the time of his pontificate, Niccolò III Orsini (1216-1280) had the famous and very useful Passetto built which in 1494 facilitated the escape from the Vatican to the much safer castle for Pope Alexander VI (Rodrigo Borgia) during the invasion of Rome by the militias of Charles VIII of France, and in 1527 to Pope Clement VII (Giulio de 'Medici) during the Sack of Rome carried out by the landsknechts of Charles V.

In the following centuries, the castle underwent major transformations. One of the most consistent was carried out by order of Pope Alexander VI Borgia by Antonio da Sangallo the Elder who made it a real military stronghold and who built the four pentagonal bastions and the moat. The pope also embellished the castle with gardens and fountains and had a new apartment set up, frescoed by Pinturicchio. The other popes who stayed within the walls of the fortress had some rooms transformed into presentation rooms, intended for private rooms. Among these, we mention the splendid Sala di Apollo, frescoed with grotesque frescoes by Perin del Vaga who was inspired by the rooms of the Domus Aurea decorated with cupids, griffins, satyrs and tritons.

Between 1667 and 1669, Pope Clement IX had ten marble angels placed along the Ponte Elio, which from that moment on was called Ponte Sant'Angelo. The angels were made by Gian Lorenzo Bernini and by the students of his workshop. The first two were sculpted by Bernini himself and are now preserved in the Church of Sant’Andrea delle Fratte.

Castel Sant’Angelo was completely restored between 1933 and 1934, years during which the moats and ramparts were restored, and the area outside the fortifications was set up as a garden.

As we have seen, the monument was used as a prison from the mid-fourteenth century. In addition to frightening cells, such as the one called Sammalò or San Marocco, where the condemned was lowered in from above and had barely room to squat, unable to stand or lie down, the castle also housed cells reserved for distinguished prisoners. Among these we remember Beatrice Cenci, Benvenuto Cellini, Cagliostro and Giordano Bruno.

The prisons of the monument are also the scenery of one of the best known operas, Giacomo Puccini's Tosca, set at the time of the fall of the Roman Republic, the Restoration of the Papal State and the revolutionary echoes from France. In his dungeons the painter Cavaradossi is agitated desperately, sentenced to death, then shot in the courtyard. The woman he loves, Tosca, in fact, overcome by pain, commits suicide by falling from the battlements of the castle.

In 1925, the ancient Mausoleum of Hadrian was transformed into a museum. 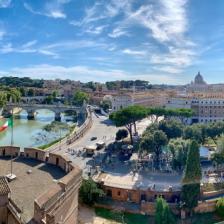 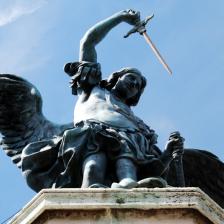 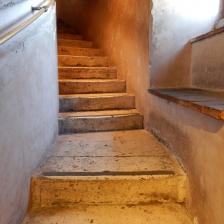 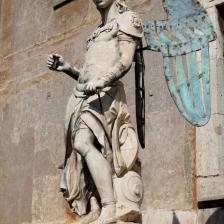 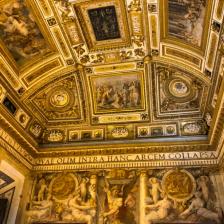